Located in Scandinavia, Sweden is more officially regarded as a Kingdom. It is renowned for its natural spectacled events such as the Northern Lights, as well as its coffee-break culture, Fika!

Sweden is any travelers paradise, offering tourists a wide array of activities. These include indulging in the finest Nordic cuisine, getting lost in the medieval cities or simply exploring the country’s natural landscape. 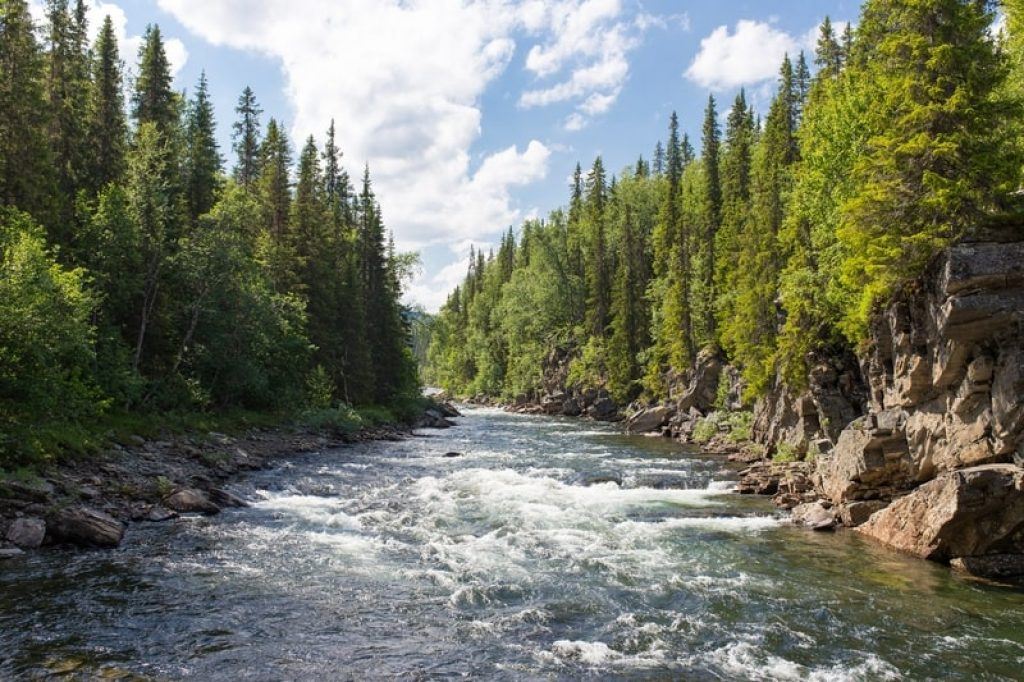 Sweden is thinly populated with about 10-million inhabitants, in spite of the fact that it is Northern Europe’s largest country. This makes exploring its countryside more accessible due to a policy entitled ‘Allemansratt’, which means ‘every man’s right (to access nature)’. In other words, everyone in Sweden has open and free access to the majestic nature that the country has to offer, given that you respect the land.

Therefore the few cities that are within the country each hold their own unique importance to the lands surrounding it. The country’s largest cities are Stockholm, Gothenburg and Malmo,  which are all located in the Southern section of the country.

The majority of the country is unexploited and untouched. Explore it on any one of the varied tours offered, and take in the incredible such as nature and architecture! One of Sweden’s most valued destinations is the Swedish Lapland, which in the polar nights, exposes the spectacle that is the Northern Lights.

Due to Sweden’s lengthy latitude, its climate varies nationally as it expands over many different terrains. However, in the Winter this country is almost entirely covered in snow! A Sweden summer is brief, yet the temperatures are suitable for comfortable and pleasant tours of Sweden and its landscape.

Sweden is a large and complicated country to navigate alone, one of the reasons why guided tours of Sweden are recommended! The country attracts a fortune of tourists each year, and hence group activities in Sweden are plentiful.

The country has a rich feudal history with its neighbors, as well as a Nordic culture which is evident in its medieval cities. 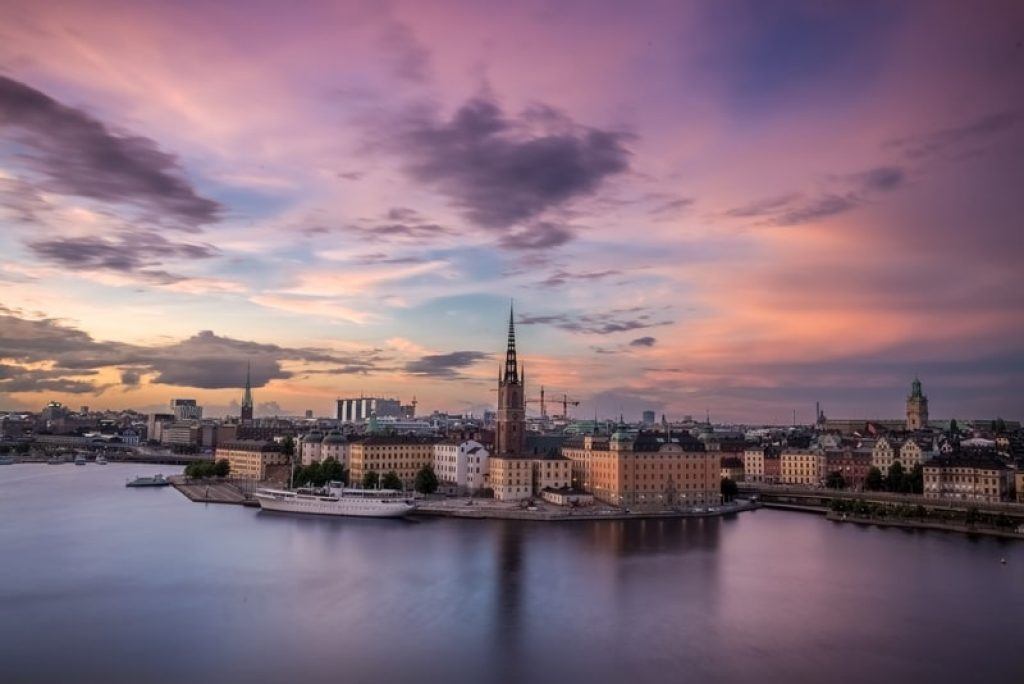 Being the cultural hub of the country, as well as the Capital city, Stockholm is often regarded as the ‘Venice of the North’! This owes to its archipelago of islands and waterways that cut the city into different and distinct parts.

Fortunately, a Royal Canal Tour of the city is available to view all the city’s varying characteristics. An audio guide will aid you in grasping the layout of the canals, as well as educate you about the history of the country.

What’s more is that on this Sweden tour you can treat yourself to some refreshments while viewing the colorful city, and participate in Fika culture by having a cup of coffee with your travel buddy!

The tour spans 1-hour and will show you how the locals make use of the canals in their daily travel! Should 1-hour be too short, you also have the option to make this a full-day tour. This should guarantee you breath-taking views of the city, as well as give you new knowledge of its structure and formation.

Stockholm may be Sweden’s most populated and largest city, yet it is still surrounded by clean waters to swim in and rural islands. You’re never too far away from a nature getaway in any city in Sweden.

Stockholm is also the most visited destination in the country, and presents plenty of opportunities for family tours. We find that the tour is best during the Spring/Summer months (May – September). You have complete visibility of the archipelago, as well as the colorful buildings that are on the banks of the sea!

Sweden is a massive country, and guided tours can only offer so much information. Here are some trending questions from other travelers to help make your travel experience more comfortable.

Is Sweden a Good Place to Live? 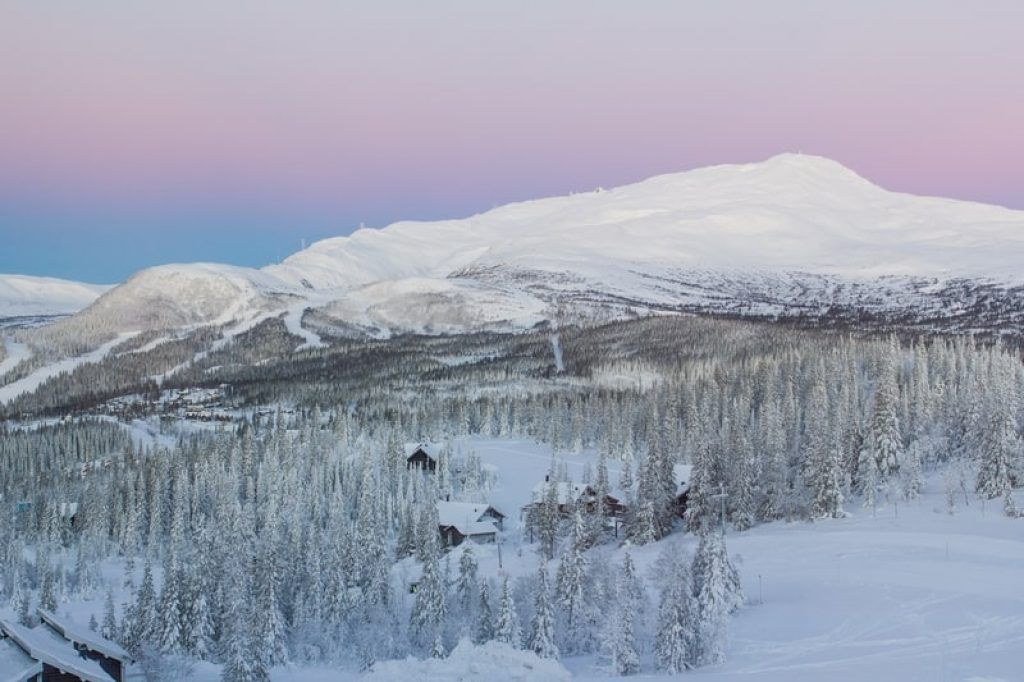 Sweden forms part of the innovative Nordic countries which all provide a high quality of life and equality for their inhabitants. Companies here are inclusive and gender-diverse, and the country is a largely accepting one too, with a flourishing LGBTQIA+ community.

So despite the occasionally harsh weather conditions, it’s a terrific place to live.

Swedish is a Nordic language that is known to be the easiest out of the Scandinavian languages to learn, if your mother-tongue is Engish.

Pronunciations are often the biggest challenge for English-speakers. Yet the country offers extensive courses that will ensure you can become an avid Swedish-speaker. These courses are completed much quicker than Arabic language courses.

If you’ve been to Sweden’s neighbors such as Norway, you’ll feel like Sweden is relatively cheap. That is, in comparison to the Top 10 most expensive countries to live, in which Sweden has yet to be placed.

If you’re on a budget on your trips to Sweden, you can make it work here by shopping at its discounted retail outlets and by not tipping, as this is not obligatory.

Added to wishlistRemoved from wishlist 0
Add to compare
8.5/10

Stockholm
Stockholm is one of the most inclusive and welcoming cities in the world. The city is an archipelago of fourteen islands spread across the Baltic Sea. Over the years, the capital of glorious Sweden has acquired the nickname the “Venice of the North”, as everywhere you look, you’re surrounded by water throughout the city. Stockholm has an endless network of canals with more than 50 bridges that connect its islands. One of the best ways to see this incredible city is by going on a boat tour of Stockholm. Whether you’re looking for something romantic to do or looking for a scenic waterway adventure, you won’t want to miss out on the best boat tours in Stockholm.

Know before you book

★★★★★
More details +
$17.59
Choose offer
Best deal at: viator.com
A boat tour of Stockholm truly is one of the best ways to see the city. As you cruise down the waterways of the Stockholm Archipelago, you’ll see Stockholm in a whole new light.
Comfort
8
Location
9
Value for money
9
Convenience
8
Fun
9
PROS:
CONS:
Best value
Added to wishlistRemoved from wishlist 0
Add to compare
9.7/10

Stockholm, Sweden
Cruise along the canals of Stockholm and take in the panoramic views of the city on a royal canal tour. Listen to an audio-guide and checkout the city’s landmarks from the waterways. Learn why Stockholm’s canal system is referred to as the “Venice of the North” as you travel around the archipelago of islands that surround the city. Marvel at the trendy streets of Södermalm, cruise past the Royal Game Park at Djurgården, and listen to the complimentary audio commentary on board.
★★★★★
More details +
$25.22
Choose offer
Best deal at: getyourguide.com
Stockholm canal tours are entertaining and insightful. You'll learn about Stockholm's history while taking in the stunning views of the city's picturesque landscape.
Location
10
Value for money
10
Convenience
9
PROS:
CONS:
Filter Products
Average rating
About Tickets ‘n Tour