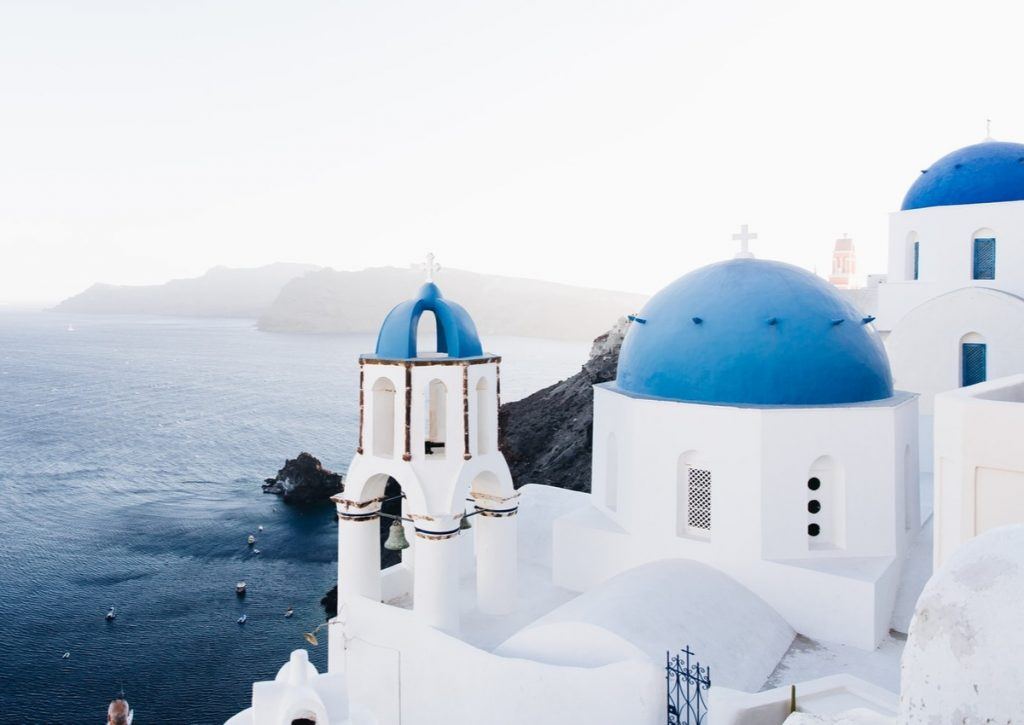 Greece is a country in Europe that consists of thousands of islands that have had a massive cultural impact on society – it’s often referred to as the cradle of western civilization. With so much ancient heritage, there’s sure to be plenty to explore while taking one of the amazing tours of Greece.

Greece’s culture is highly influenced by ancient Roman culture, and many of its main attractions are from that time. So, if you’re a history-lover, you’re sure in for a treat.

There are a few must-visit destinations that you simply have to see during your Greek tours. Crete is one such destination, filled with ancient ruins, a rich history and an old Venetian Harbor that has to be explored.

Santorini offers a wide variety of black sand beaches and is one of the most popular locations for a Greece vacation. Expect crystal clear waters and houses carved into the cliffside. This is the perfect place to take a family tour.

Rhodes is an island with a city of the same name. The city is one of the most well-preserved Medieval cities in the world. This means there’s plenty of exploration to be done, and history to learn about. This is a must-see city on your Greece trip.

Corfu is dotted with white houses containing colorful shutters. There’s plenty of history to be discovered in a Greece tour of this city, including the remains of a Venetian fortress and old Grecian temples. 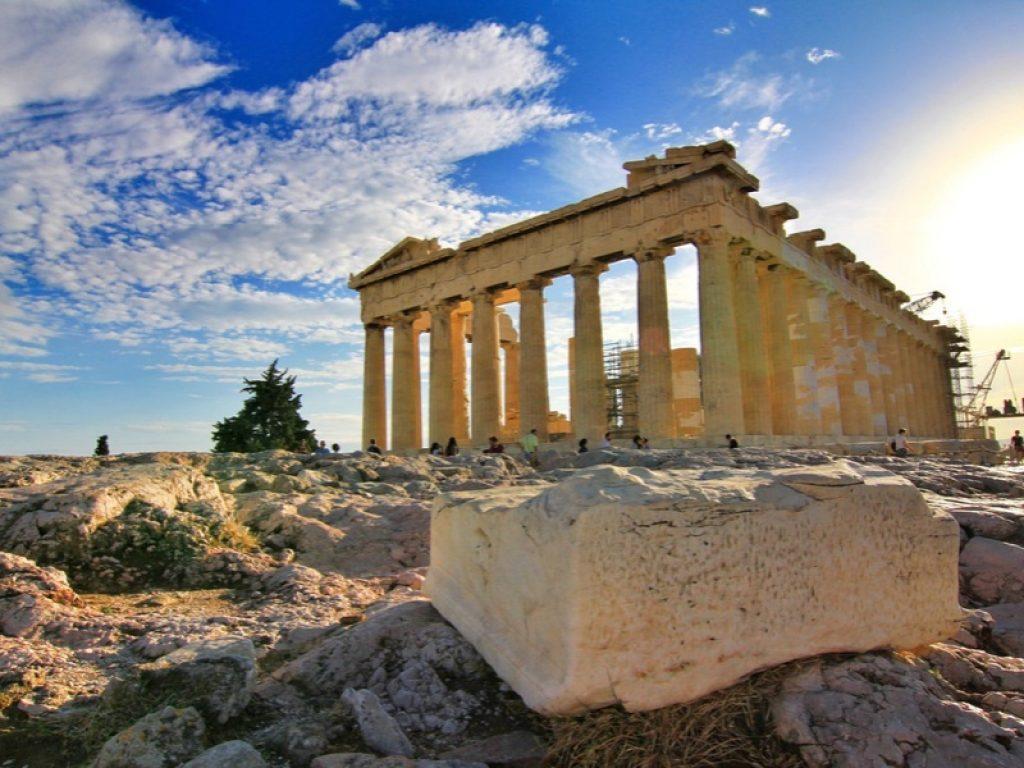 If you want to see the country in the most efficient and effective way possible, then taking a Greek tour package is the best way to do it. Whether you’re looking for the perfect romantic getaway tour or a thrill-seeking adventure, you can personalize your experience.

Take a tour to the Acropolis – a UNESCO World Heritage site that is sure to take your breathe away. You’ll learn all about the history of Greece, all whilst discovering ancient Greek mythology. Tour the Acropolis with a knowledgable guide, and learn about the ruins as well as what they would have looked like in their glory days.

Mykonos is home to some of the best Greece tours in the country. It’s filled to the brim with quaint boutiques, wonderful seafood restaurants, and a wide variety of live music venues. The island is popular amongst the rich and famous, but don’t let that fool you, there’s plenty of budget options on the island, too.

Taking an Athens to Delphi tour allows you to leave behind the bustling city and enjoy views of the beautiful countryside. You’ll visit a variety of landmarks along the way, which makes it the best trip to Greece for photographers or avid Instagrammers.

The Metéora Monasteries are another must-visit attraction while you tour Greece. These monasteries are built on top of rocky outcrops, making them completely bordered by cliff faces.

There are several flights of stairs that you will need to climb to reach each monastery, but the views are so worth it. Inside the monasteries you’ll find candles lit and incense burning, creating a truly spiritual atmosphere.

Now you’re ready to indulge in a variety of wonderful activities while you’re touring Greece. However, we’re going to answer a few frequently asked questions about Greece tours to ease your mind and help you plan.

When Should I Visit Greece?

If you want great weather during your Greece vacation, then it’s best to visit between May and October. The hottest months are July and August, so if you’re trying to catch a tan, be sure to visit during these two months.

Which Greek Island is Best to Visit?

While there’s no best island to visit, there are a few that seem to satisfy everybody’s taste in travel. Santorini is by far the most popular, as it’s a spectacular beach destination, but Mykonos takes a close second. Mykonos is known for its pumping nightlife and incredible clubbing scene.

Is it Safe to Travel to Greece?

Greece is a very safe country and travelers rarely encounter any dangerous situations. However, no matter where you travel, it pays to be vigilant and keep your wits about you as there are no guarantees.

Added to wishlistRemoved from wishlist 0
Add to compare
8/10

Athens, Greece
This tour is absolutely one of the best things to do in Greece! Delve into a discovery of Greek Mythology in this guided tour of the UNESCO listed Greek Acropolis. Walking through the Theatre of Dionysus and the Temple of Athena Nike, find yourself gaining insight into these incredible Greek ruins that hold thousands of years of stories past. Enjoy the ease of skipping the long queues and follow your Acropolis tour guide as he takes you on a historical adventure to the most famous monuments in Athens. Hear stories of the fascinating architecture and the exquisite ruins as you imagine them in their former glory. Roam the citadel in a guided tour and find yourself taken aback with awe and wonder. Then, marvel at the exquisite view over Athens from the sprawling citadel that is said to be the birthplace of Western Civilization. This Acropolis tour can also be combined with a tour of the Acropolis museum. Learn more about the excavations and browse the more than 4000 artifacts that were unearthed from the Acropolis.
★★★★★
More details +
$32.81
Choose offer
Best deal at: Getyourguide
The guided tour of the Acropolis is a great way to not spend your day wasting time standing in long queues and allows more time for sightseeing. Your guide will take you straight to the most important landmarks and monuments, and you will be able to enjoy your free time taking pictures of the incredible citadel and its wondrous views over Athens.
Value for Money
8
Convenience
8
Level of Activity
8
PROS:
CONS:
Added to wishlistRemoved from wishlist 0
Add to compare
8.7/10

Athens, Delphi, Greece
Leave behind the bustling city of Athens on a one or two day trip to Delphi! The area is famous for its ancient oracle, which influenced kings and countries and is interlinked with Greek mythology and history. The trip through the Greek countryside is incredibly beautiful, and visiting Delphi feels like stepping back in time to a strange and mystical place. Your tour guide will show you around and tell you its detailed history. You’ll also have plenty of time to explore on your own. One of the best Athens day trips, Delphi can be experienced in a few different ways. We’ve listed the different tours and their pros and cons so that you can find the perfect tour for you and your family!
★★★★★
More details +
$108.96
Choose offer
Best deal at: Viator
For those who love history, culture, and beauty, Delphi is an unmissable stop on your Greek itinerary. Since it’s so far from Athens, these tours are the best way to experience it.
Location
9
Fun
8
Value for money
9
PROS:
CONS:
Filter Products
Average rating

Tickets ‘n Tour aims to helps tourists and locals find the best tours from around the world. We collect live prices from our trusted tour and ticketing operators, we sometimes link out to our affiliate partners and make a small commission at no extra cost to you.
Tickets n Tour 2021. All rights reserved.