Spain is one of Europe’s biggest cultural centers. After France, it also ranks highly as one of the top-visited destinations on the continent.

Why wouldn’t it be? When it has preserved some of its most unique cultural practices throughout the years. These include Flamenco dancing and the sharing principles of having Tapas over a drink.

Spain is as unique as it is striking. This enchanting country might just make you feel like you’ve walked straight onto the set of a fairytale. 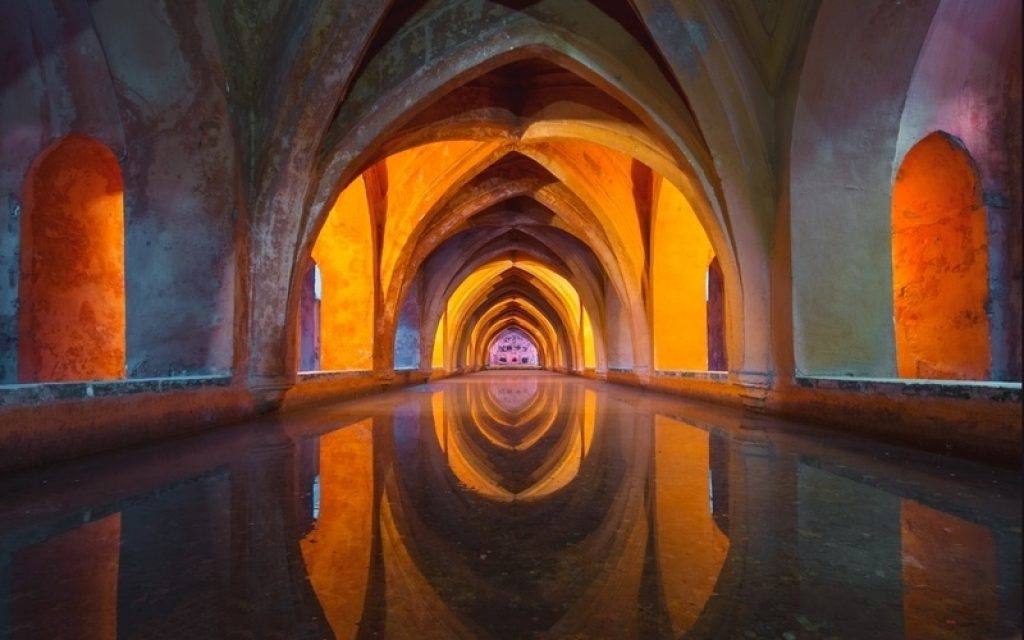 Start off your tour of Spain in the capital city of Barcelona. Even if you aren’t an architecture enthusiast, the different masterpieces that line the streets of this incredible city will leave you highly impressed. Here, you’ll get to admire some of Gaudi’s best works while on vacation.

When you’re still in the capital, make sure to explore its various markets and cuisines. La Boqueria and Mercat de Santa Maria are among some of the most popular spots around.

This city is also home to the talented Barcelona FC team which often plays in its home ground at the Camp Nou stadium. The sports lovers are in for a treat! 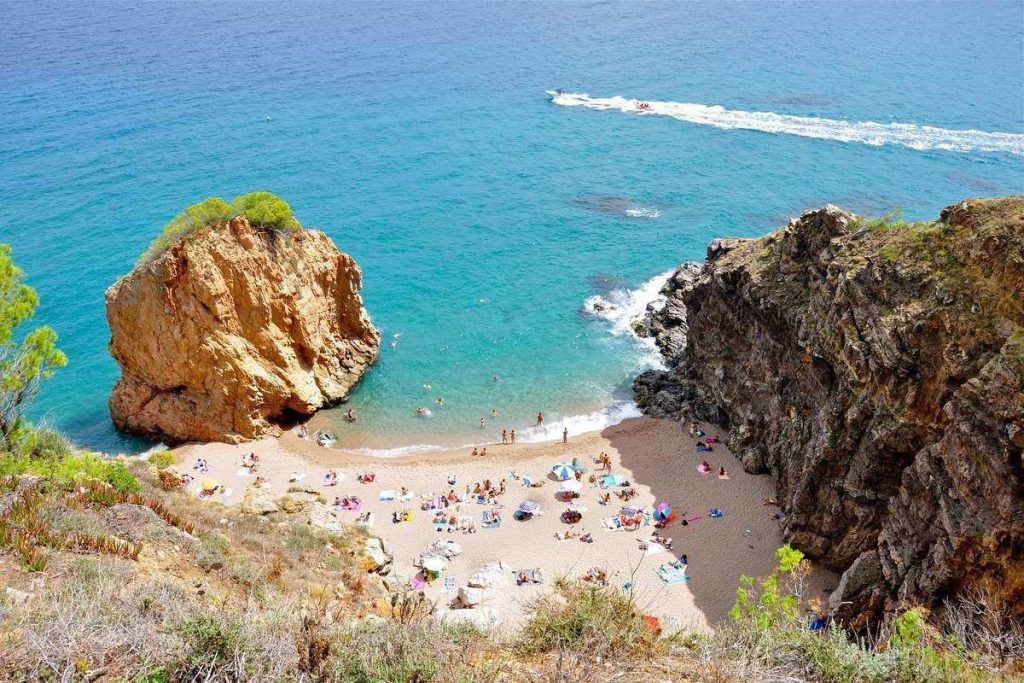 For some coastal fun, you can head over to the increasingly popular party town of Ibiza. While you’re here, take advantage of its far-reaching reputation and explore its eclectic club scene at some of its most famed establishments.

If you’d rather relax while touring Spain, make your way to Costa de Sol along the coast of Malaga. Preserve your energy by relaxing at the most crystal blue beaches or take it up a notch by practicing your swing at the golf course.

Costa del Sol is also a very family-friendly destination with a wide selection of things to do. These include its enthralling amusement and water parks.

From the impressive architecture to a vibrant nightlife and even family-friendly destinations, you have all the options to choose from. Enjoy the best of Spain while you’re here! 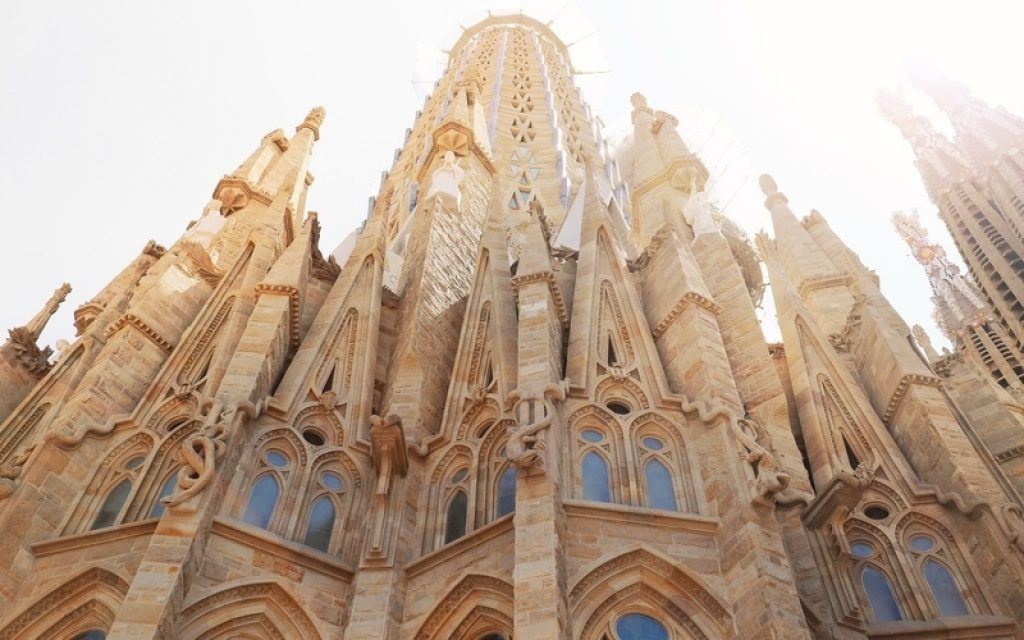 The guided tours of Spain will provide you with a different perspective of this city beyond just the surface. Some of the most popular tours of Spain are in the capital city of Barcelona.

However, if you’d rather have a day out in the countryside, make your way to the Catalonian wine farms instead. Taste the sparkling sensations of Cava, a Spanish wine with bubbles that might remind you of champagne at some of the best wineries around.

The PortAventura is one of the most family-friendly parks to visit while on your Spain vacation. At this thrilling park, you can enjoy some of the most gravity-defying rides including one of  Europe’s tallest roller coasters.

If you aren’t a fan of roller coasters but still love your views, make your way to one of the most fascinating mountain ranges around at Montserrat. Learn about the history of the Benedictine monastery while you’re here.

The sports lovers are spoilt for choice if they aren’t Barcelona FC fans. One of the biggest teams in Europe and the world, Real Madrid’s headquarters are also in the country.

While you’re in Madrid make your way to the Prado museum where there’s an extensive art collection to enjoy. You can easily spend the day taking in the different works of art and intricately detailed sculptures.

Make sure to add some of the best Spain tours to your itinerary to make the most of your time. 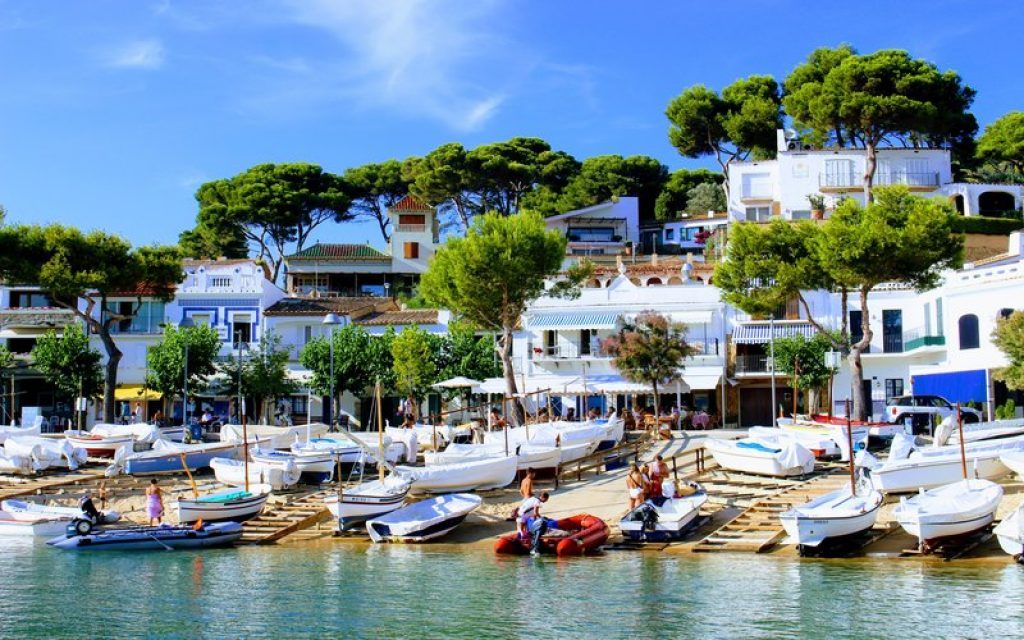 Here are some of our most frequently asked questions about Spain answered.

What is the Best Time to Visit Spain?

The weather is at its best during the Spring and Summertime, between April and August. Plan your trip to Spain around that time if you want to experience sunny weather.

Is Spain a Cheap Place to Visit?

In comparison to a lot of European countries, Spain is one of the cheaper options to visit.

Is Spain Safe for Tourists?

Spain is regarded as a relatively safe destination for tourists. However, always get travel insurance for that added safety net.

Added to wishlistRemoved from wishlist 0
Add to compare
9/10

Barcelona, Spain
Explore the Catalan wine tradition and taste Cava, a sparkling wine unique to the area. Admire the beauty and tradition of the farms while you learn about its history and making. Highlights: Learn about the origins of Cava Enjoy a wine tasting Explore traditional wine farms and cellars Breakaway from Barcelona to enjoy the countryside
★★★★★
More details +
Check Price
Best deal at: Viator
Comfort
9
Location
10
Fun
8
Value for money
9
PROS:
CONS:
Added to wishlistRemoved from wishlist 0
Add to compare
7.8/10

Madrid, Spain
You’ve seen them play on TV, you’ve been in awe of the superstar Galacticos line-up, now get the chance to visit the home of the most successful football club in all of Europe! Immerse yourself in the successful culture of Real Madrid on a tour of the Santiago Bernabeu!
★★★★★
More details +
$12.08
Choose offer
Best deal at: Getyourguide
These tours are an ideal way for sports fans to experience the atmosphere of the Santiago Bernabeu, when going to a match is not possible. This activity is perfect for the whole family, but unfortunately, not all parts of the stadium are accessible to wheelchair users.
Comfort
8
Location
8
Fun
7
Value for Money
8
PROS:
CONS:
Added to wishlistRemoved from wishlist 0
Add to compare
8.8/10

Seville, Spain
The Cathedral of Saint Mary of the See, more commonly known as the Seville Cathedral, is the largest cathedral in the world. Standing at 413.ft high and 253,000 sq ft in total area, it towers over all its counterparts. As Spanish tourist options go, Seville is the third most frequented city in the country, alongside Barcelona and Madrid, and the Catedral de Sevilla is its most iconic landmark. Sitting at its heart, the Cathedral, Seville, is central to all the city's activities. It's one of its major hubs. Hence, why Seville Cathedral tickets are some of the most popular and sought-after tickets around. Below you’ll find a variety of options and packages to make use of during your visit to the cathedral. Great options for romantics and families alike.
★★★★★
More details +
$12.15
Choose offer
Best deal at: Getyourguide
When in Seville, a visit to the Cathedral of Saint Mary of the See is an absolute must-do. Seville is popular for many things, but none more than its cathedral. The largest cathedral in the world, it’ll leave you with great lasting memories.
Comfort
9
Location
10
Value for money
9
Convenience
8
Fun
8
Level of activity
9
PROS:
CONS:
Added to wishlistRemoved from wishlist 0
Add to compare
8.5/10

Madrid, Spain
Founded in 1819, The Prado Museum (Museo del Prado in Spanish) is thought to hold one of the world’s finest collections of European art. For anyone interested in art, history, or European culture, a trip to Madrid wouldn’t be complete without visiting Museo del Prado! With a collection covering almost 1,000 years of European art, the museum is regarded as one of the greatest art museums on Earth. A visit to the museum can be simplified by buying your Museo del Prado tickets in advance, thereby skipping the ticket office lines. It can also be enhanced by making use of a guided tour, that can bring the historical and cultural context of the paintings to life. We’ll discuss and compare all of the available options, so you can find the ticket or tour that’s right for you.
★★★★★
More details +
$23.68
Choose offer
Best deal at: Getyourguide
Buying tickets for the Prado Museum ahead of time is a great way to save time and avoid stress. The tours on offer are incredible and really enhance the experience.
Comfort
8
Location
9
Value for Money
8
Convenience
9
Added to wishlistRemoved from wishlist 0
Add to compare
7.6/10

Barcelona, Spain
Visiting Barcelona? Why not spend a day at one of the most exciting destinations around - PortAventura! PortAventura Park is an amazing place to enjoy some fun in the sun and is ideal for a family adventure. The park is located just 45 minutes outside of Barcelona. You can experience 17 different attractions and water slides at the water park - including the highest freefall slide in Europe! The main park is home to all kinds of thrills, while Ferrari Land is perfect for car lovers. Enjoy the different Caribbean themed pools, ride Europes tallest rollercoaster, or simply soak up some warm Spanish sun in a fun setting. Read on to discover some different PortAventura ticket options that are suitable for families, tourists, or anyone seeking some thrills around Barcelona.
★★★★★
More details +
$35.22
Choose offer
Best deal at: Getyourguide
The PortAventura theme parks are exciting attractions to experience from Barcelona! They offer a wide range of thrills that are fun for the whole family. These ticket options offer great ways to experience PortAventura. There are a number of different ways in which you can visit this attraction, so be sure to pick the right ticket for you.
`Comfort
8
Location
10
Value For Money
8
Convenience
8
Fun
10
Level of Activity
9
0
PROS:
CONS:
Added to wishlistRemoved from wishlist 0
Add to compare
8.7/10

Seville, Spain
Explore the Real Alcazar of Seville and journey through one of Spain’s most enchanting monuments. Take the opportunity to learn all about the Almohad era and the royalty that passed through the halls. Choose between VIP, extended or general Alcazar Seville tickets. All three options provide a chance to discover the medieval castle that transforms into an Arabic palace, blending the cultures of the various inhabitants over the years.

Barcelona, Spain
Visit Catalunya’s most famous mountain range and monastery on a tour of Montserrat from Barcelona. Perched on top of a beautiful mountain is the 1000 year-old Benedictine Abbey, Santa Maria de Montserrat, which houses the Virgin of Montserrat Sanctuary, a basilica housing the shrine of the Patron Saint of Catalunya, and a museum with ancient artifacts.
★★★★★
More details +
$59.43
Choose offer
Best deal at: Getyourguide
These tours solve the question of how to get to Montserrat from Barcelona by bus. This activity is perfect for the whole family, but only select tours include a guided tour and the site is not wheelchair accessible.
Comfort
8
Location
9
Convenience
9
PROS:
CONS:
Filter Products
Average rating

Tickets ‘n Tour aims to helps tourists and locals find the best tours from around the world. We collect live prices from our trusted tour and ticketing operators, we sometimes link out to our affiliate partners and make a small commission at no extra cost to you.
Tickets n Tour 2021. All rights reserved.