Best Way to Get From London to Amsterdam | Train, Ferry

There are a few different ways to travel from London to Amsterdam. From planes, to ferries, and even trains, there is something to suit everyone’s travel needs for their Amsterdam day trip.

Traveling on a Train From London to Amsterdam 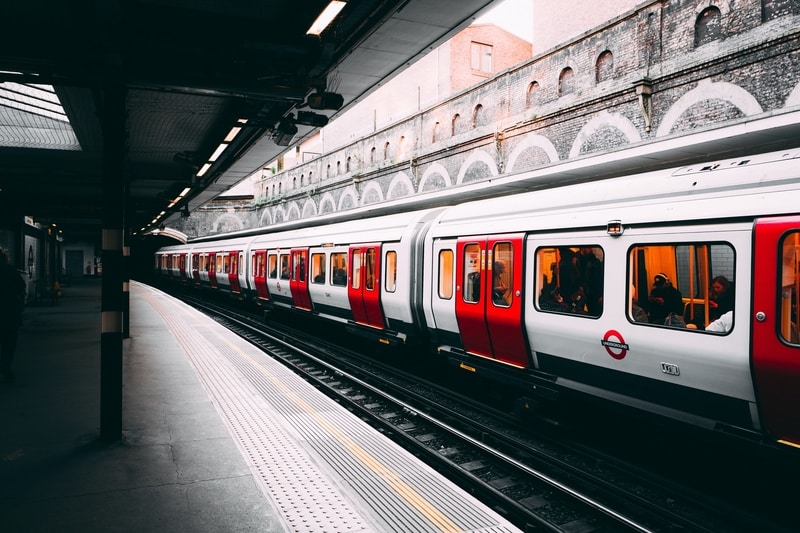 Trains are generally thought to be cheaper but when it comes to pricing, they are quite pricey.

There is only one route the Eurostar direct train from London to Amsterdam takes. As mentioned earlier, you’ll depart from St Pancras Metro Station and pass through the Ebbsfleet and Ashford stations in England. After emerging from the darkness of the Channel tunnel you’ll find yourself in Calais, France.

All in all, it will take you approximately 3 hours and 52 minutes to travel from London to Amsterdam on the Eurostar train.

To keep you connected while traveling, Eurostar uses a combination of 3G and 4G mobile signals in their trains. WiFi is provided free of charge. 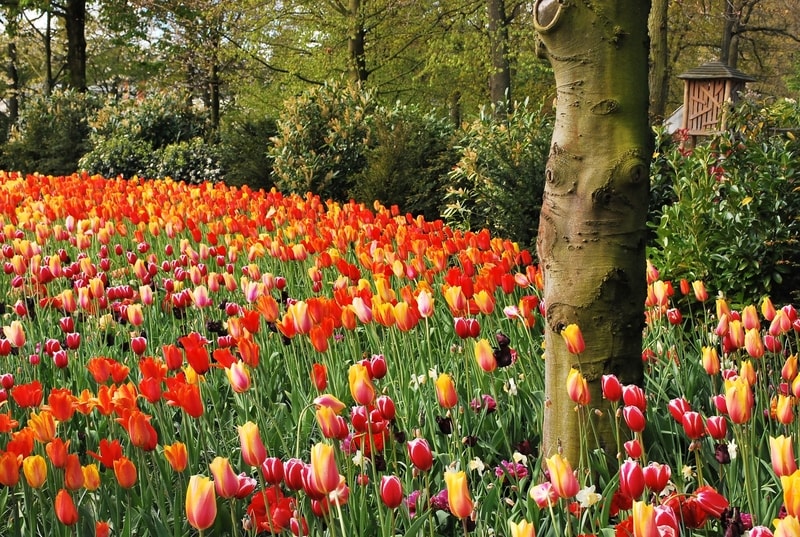 Getting from London to Amsterdam by train is a relatively comfortable experience, but you may want to stretch your legs afterward. You can do this by taking a stroll at the Keukenhof Gardens. It is here where you can enjoy the breathtaking scenery of the world-renowned Dutch bulb fields.

Quick tip: Ensure you pack your travel documents, have a small bag (to contain your travel documents and valuable items), as well as snacks and treats. Invest in luggage locks for your luggage as you may be in and out of your seat and it won’t be practical to carry all your luggage with you. If you like to keep your hot drinks warm and your cold drinks cool, consider bringing an insulated bottle along for the ride.

It’s recommended that if you have a Standard or Standard Premier Eurostar ticket, you should arrive 45 – 60 minutes before departure time.

Every seat aboard Eurostar trains has a UK and European power socket you can use to charge your devices. Depending on the type of devices you have and where you bought them from, you can bring adapters so you can conveniently charge your gadgets.

Traveling From London To Amsterdam By Plane 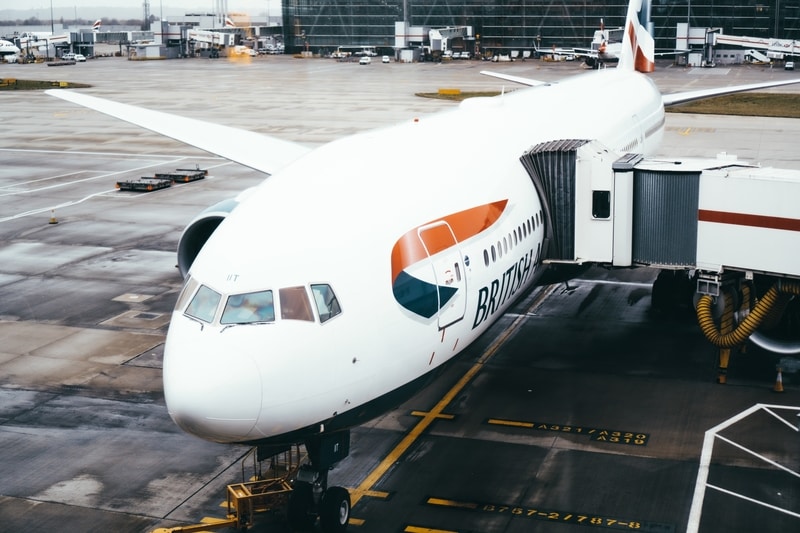 Catching a flight from any of London’s airports is one of the most common ways to get to Amsterdam. It is also the easiest and quickest way — it takes approximately 1 hour and 20 mins (for a non-stop flight). Alternatively, a connecting flight will take upwards of 2 hours and 55 minutes, but that’s still shorter than taking a train.

There are six airports in London to choose from, while Amsterdam has only one airport — Amsterdam Airport Schiphol. It is more commonly known as “Schiphol Airport”. No matter which London airport you choose, you will arrive at Schiphol Airport if Amsterdam is your final destination.

London Heathrow and Gatwick flights are better for those who prefer the ease of getting to the airport. This means less travel time to the airport and would be less stressful and costly.

When it comes to flights, they are quick but that speed does come at a price. The cost will depend on the type of ticket and number of stops along the way. There are different ticket levels and perks. Someone purchasing a Standard fare ticket may only be paying for the flight fare and taxes as well as a cabin bag, for example. A ticket with a more expensive fare will entail extra luggage, more leg room, food & drink vouchers, etc.

Some common stop-over airports that are not direct flights include the Charles De Gaulle Airport in France and Adolfo Suárez Madrid–Barajas Airport in Spain.

There are plenty of affordable flight options from different airlines that are available with non-stop flights.

Amenities onboard: Airlines, in general, have in-flight magazines for those who like reading and would like to know more about the routes and partners of their favorite airline.

With the different flight packages and seating options available, come different perks. The pricier ticket options serve a wider variety of meals and drinks — hot, cold, as well as alcoholic.

The best route to take is a non-stop flight from London Heathrow Airport to Schiphol Airport. This is because it’s the quickest route for those looking for a short flight. A plane is better suited to a traveler who values speed and convenience. Families on a budget can appreciate that low-cost airlines are more affordable than traveling by train or ferry.

Quick tip: Download your airline of choice’s app. This will make your trip much easier with notifications and tickets being delivered right to your phone. These should all be readily available on all app stores.

Taking a Ferry From London to Amsterdam 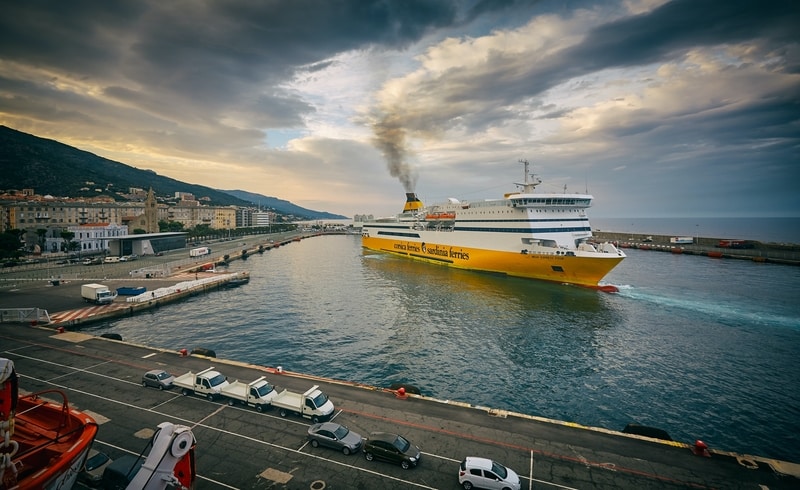 Ferrying from London to Amsterdam is undoubtedly the most leisurely option. However, you won’t be ferrying directly from London; you’ll have to catch a train or bus from any of the train stations in London (London Euston Station or London Bridge Station, for example). Thereafter, take a train ride to any of the ports that have routes to Amsterdam.

When you step onboard one of these giants of the ocean, you can expect to be welcomed with numerous facilities to keep you comfortable on your journey. You can spend your time in the lounges, bars and casinos on board these ships. Some even have a cinema believe it or not.

Ferries are great for maritime lovers and those who prefer a more leisurely trip. You can enjoy the view of the ocean from the deck or indoors from your cabin window. Ferries offer passengers more freedom and flexibility to walk around and explore their environment. You may also retire to your cabin, which gives you more privacy than a flight or train.

The cost of a ferry will differ from each ferry line and how long the journey will take. There are also different levels of ticket options available from economy to flexi and even a premium. The economy ticket is more restrictive and great for the budget traveler, whereas the premium ticket provides you with the most premium experience, more flexibility, access to exclusive areas, and other perks.

Duration: It takes approximately 7 hours to ferry from London to Amsterdam.

Quick tip: If you’re prone to sea sickness, ensure you get plenty of rest before embarking on your ferry ride. Make use of the journey planner by the NS rail service to know which stops you’ll be making and where to disembark.

What is the Best Way to Travel From London to Amsterdam?

Well, the best way will depend on your needs and preferences. If you want to save money and have a quick trip, taking a flight would be the best way. Whichever option you choose, ticketsntour.com is the perfect resource to help you plan for your trip to Amsterdam.

To ensure that you have the best time ever, knowing the best time to visit Amsterdam will make your trip so much better and leave you with amazing memories and what you should pack.