Last updated on February 5, 2023 4:06 am
Add to wishlistAdded to wishlistRemoved from wishlist 0
Add to compare

Over a period of 50 years, Dubai has managed to transform itself from a small desert town to a booming metropolis that attracts visitors from all over the world.

However, with so many attractions to choose from, it may be a little difficult trying to fit all of them into your itinerary. Helicopter rides over Dubai provide the perfect way to tour the city.

12-Minute Dubai Helicopter Tour
You haven’t seen Dubai until you’ve seen it from above. Marvel at the iconic creations that define the skyline on a helicopter sightseeing tour.
$183.78
Available

Dubai: Helicopter Flight from The Palm to The Burj Khalifa
Climb aboard a luxury helicopter and swoop high above sites in Dubai such as Atlantis The Palm, Burj Al Arab, and the "Golden Mile". Fly along the Persian Gulf coast and across World Islands on a 12, 15, or 25 minute flight.
$185.41
Available

Dubai Helicopter Tour
Discover Dubai, the fastest-growing city in the world, from the air on this whirlwind helicopter tour. Beginning from Dubai Festival City and continuing along Dubai Creek through the suburbs, explore this fascinating city, with its impressive skyline and luxurious hotels. See the world's...
$189.00
Available

Dubai Helicopter Tour: Experience Dubai’s Iconic Landmarks
Admire Dubai from the sky during a helicopter tour that offers unrivalled views of the desert metropolis. You’ll see all of the city’s top attractions in just 12 minutes as you soar over icons such as the Burj Khalifa, Palm Islands and the World, and The Palm Jumeirah. Your pilot offers...
$228.00
Available

Dubai Helicopter Tour from Palm Jumeirah
Palm Jumeirah is known for its glitzy and glamourous hotels and apartments, so it’s no wonder why this Dubai helicopter tour—a truly glamorous experience itself—takes off from the island. Soar over the city to see top attractions like the Burj Al Arab and the Burj Khalifa from the sky and bypass...
$229.95
Available

Dubai: 22-Minute Helicopter Flight
Soar above the skyscrapers and landmark monuments of Dubai on a scenic 22-minute helicopter flight. Enjoy bird's eye views of iconic architecture, such as the Burj al Arab and wind tower houses of Dubai Creek.
$336.24
Available

The price of a helicopter tour in Dubai is also determined by how many attractions you’ll be able to see on your tour. 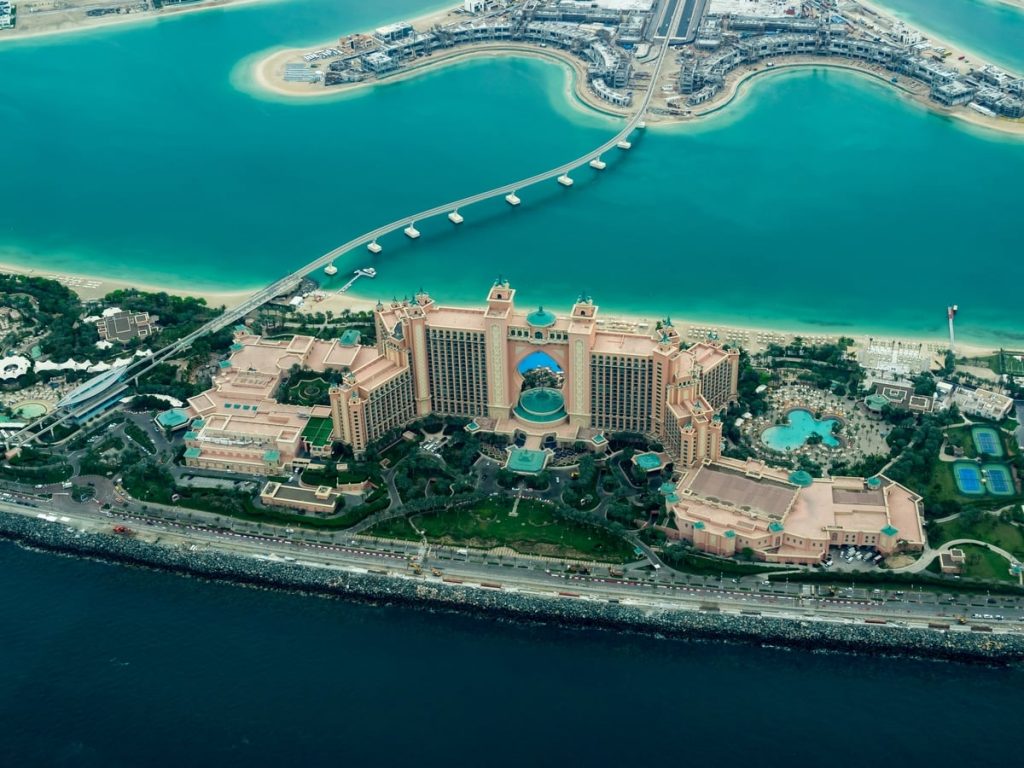 Dubai has a number of helicopter operators who offer similar tours, so we’ve listed the best ones for you to choose from below.

Uber users will be happy to know that they can also use the Uber App to pre-book a helicopter ride in Dubai and see the city from the sky.

Simply open the Uber App, select the UberChopper option and pick your tour. Tap “Confirm Chopper” after which an Uber agent will call you to confirm your booking. Some of the popular options are highlighted below.

This 12-minute chopper ride departs from the Atlantis the Palm resort and heads over to the iconic Burj Khalifa in the city center. Along the way, you’ll fly over Dubai’s gorgeous coastline before heading back to The Palm.

This fun-filled 15-minute chopper ride starts off by leaving Atlantis the Palm, flying over The World Islands and Palm Jumeirah Islands. On your way inland, you’ll also pass the most luxurious hotel in the world, The Burj Al Arab.

You’ll end your aerial tour of Dubai back at Atlantis the Palm. 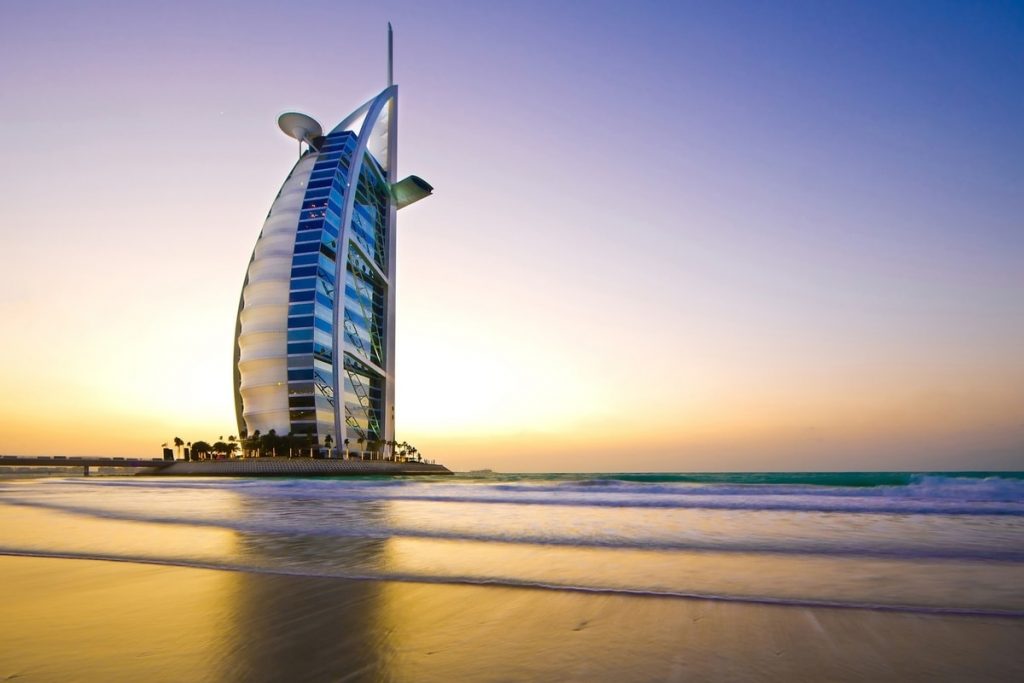 Helicopter Tour Dubai is one of Dubai’s premium helicopter operators with a luxury fleet operating in the UAE and Middle East Region.

Helicopter Tour Dubai offers aerial sightseeing tours of Dubai as well as corporate and private helicopter flights around the Middle East. Their tours range from 12 minutes to 60 minutes. Some of their most popular tours are listed below. 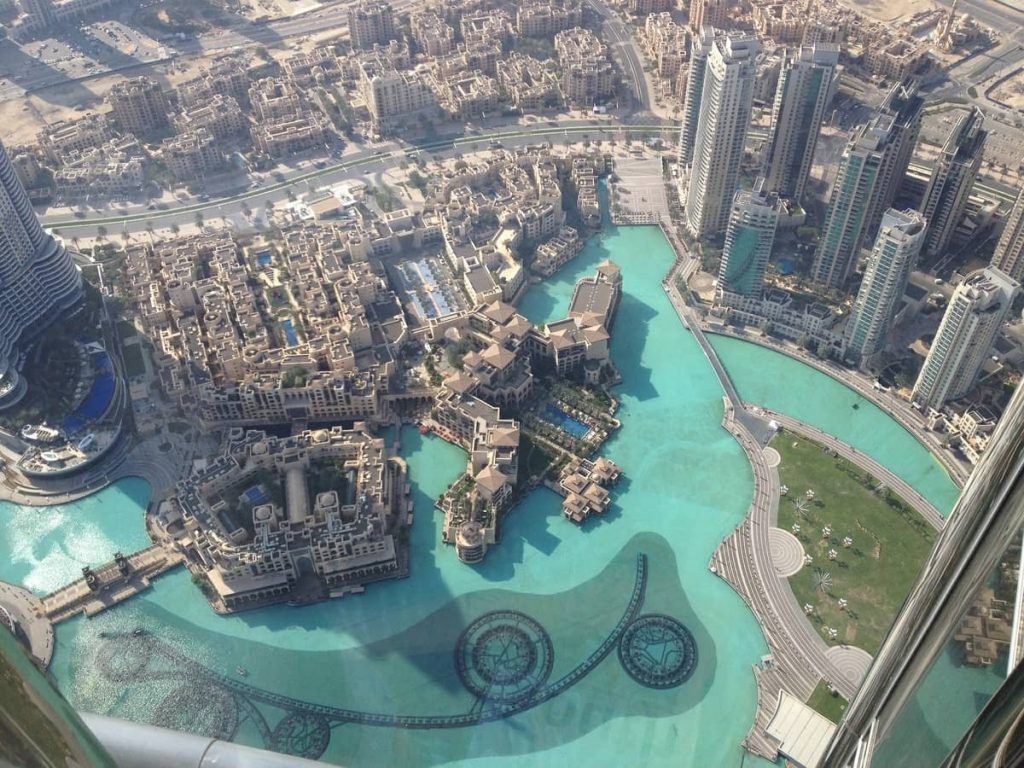 This 22-minute city sightseeing tour will take you past some of the landmarks that make up Dubai’s spectacular skyline.

On your tour, you’ll pass along 16 of Dubai’s most iconic attractions which include The Dubai Mall, Jumeirah Mosque, The Creek Canal, Al Safa Park, Gold and Spice Souk’s, Jumeirah Beach Park, and Burj Khalifa.

See Dubai as you’ve never seen it before with this epic 60-minute ride over the city. After taking off from Atlantis the Palm’s helipad, you’ll soar over the Arabian Gulf while flying over at least 30 of Dubai’s attractions.

Get the most Insta-worthy pictures of the Burj Al Arab, Dubai Fountain, Festival City, and Union House Flag Pole. Along the way, you’ll also fly past the incredible Dubai International Airport before heading back to the Palm.

Get ready for an exciting 45-minute ride where you’ll have a birds-eye view of Dubai’s most iconic landmarks.

On this tour, you’ll get to see at least 30 sights from the air which include Port Jebel Ali, Dubai World Central, Motor City, Business Bay, Ras Al Khor Wildlife Sanctuary, and the Dhow Harbour in the historical Dubai Creek. 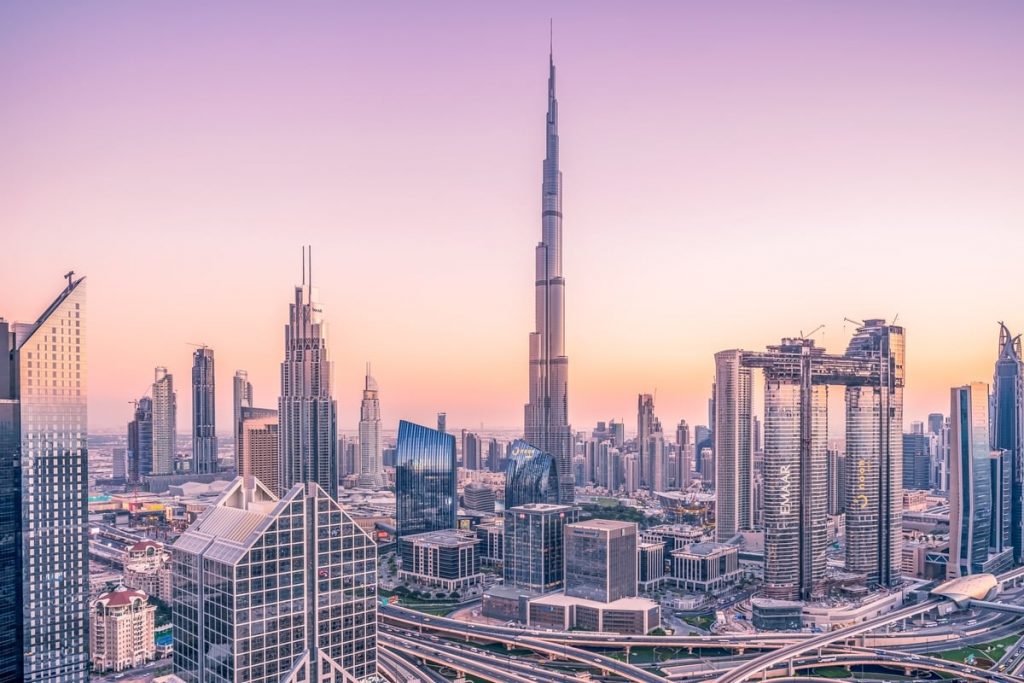 Prepare to be blown away on this 40-minute ride as you soar past some of the most exciting landmarks on earth.

You’ll start off by leaving the Jumeirah Helipad, flying over the Palm Jumeirah Island. As you head inland towards the city, you’ll pass over the Burj Khalifa, Sheikh Zayed Road, and Mall of the Emirates.

On the way back you’ll pass over the Creek Canal, Dubai Marina, and Historical Wind Towers.

Heli Dubai is another premier service helicopter operator based near Dubai International Airport that offers luxury chopper rides in and around the UAE.

Their services include a range of sightseeing tours, private and business tours, as well as aerial filming and photography services.  Their tours range from their 12-minute Palm Tour to their 40-minute Odyssey Tour.

On this 17-minute tour departing from the Jumeirah Heliport, you’ll be taken around the spectacular coastline surrounding the Palm Jumeirah Islands. 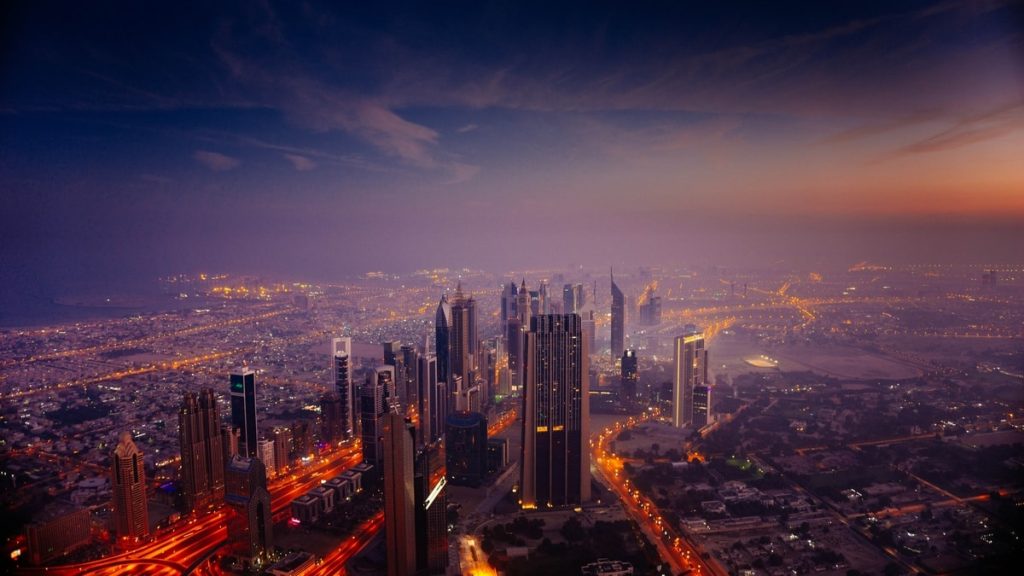 This 30-minute tour of Dubai highlights some of the city’s magnificent architectural wonders such as the Ain Dubai, the world’s largest Ferris Wheel, and the Dubai Frame, the largest picture frame in the world.

Dubai has built a reputation for being one of the most iconic cities to visit in the world, and from the air, it’s not hard to see why.

Its sky-high buildings make up one of the greatest skylines in the world, something that can truly be appreciated as you soar over the city.

There are a number of helicopter tour options available, ranging from just 12-minute  to 60-minute tours. These are all the best of the best, so no matter which one you pick, you’re guaranteed to have a memorable flight.