Best Things To Do in Rotterdam | Sightseeing & More

Rotterdam has an energetic and colorful vibrancy that appeals to millions of tourists every year. The city is home to distinct and easily recognizable structures in Europe.

Like many cities in the Netherlands, including Amsterdam, Rotterdam is surrounded by waterways. Rotterdam’s rivers and canals give it an easy-going feel that matches the water flowing through the city.

Rotterdam is also the world’s largest port and home to the massive Europoort facility. This port is responsible for freight travels to and from Europe.

In fact, Rotterdam has grown to become a favorite destination for those traveling to this Netherlands getaway. There are many ways to explore this fascinating city.

What to Do in Rotterdam 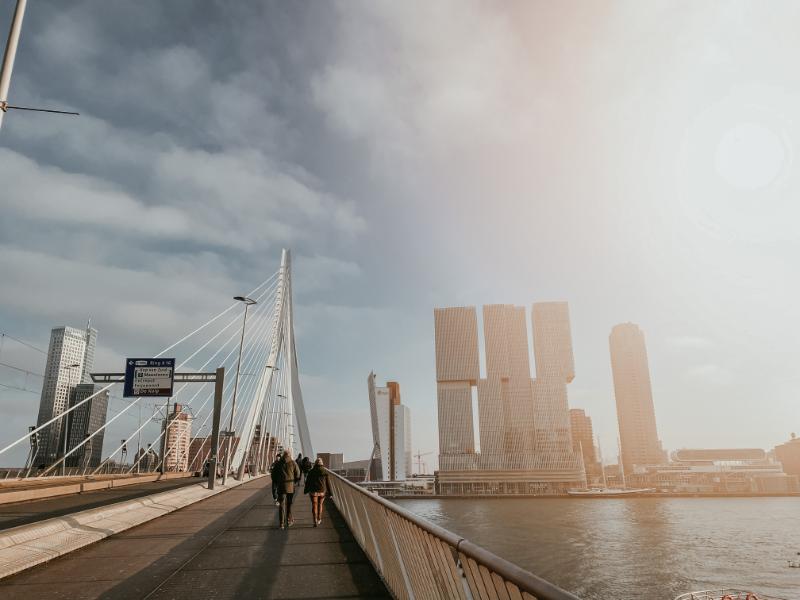 Despite its modernity, Rotterdam has a medieval history and was already thriving as far back as the 13th century. Because of this, Rotterdam is known for its striking architecture. Although much of the city was destroyed during WWII, many of its buildings underwent restoration.

Rotterdam is the second-largest city in the Netherlands after Amsterdam. It is located on both banks of the Nieuwe Maas and the Rhine’s southern banks. These two rivers connect to the Rotte River.

Rotterdam has long been a cultural center and is as popular for its assortment of entertainment options. It’s home to some of the world’s finest museums and maritime attractions. When visiting Rotterdam, you’re sure to develop a broader understanding of European culture.

Schielandshuis is an opulent 17th-century palace. It is the only preserved 17th-century building in Rotterdam’s center. Construction for the palace began in 1662 coinciding with the renaissance period in Europe.

Today Schielandshuis houses a museum highlighting Rotterdam’s colorful history and a tourist office. It’s an oasis of the past, surrounded by ultra-modern high-rise buildings and office towers.

Another point of interest in  Rotterdam is the Euromast observation tower. It resembles a ship’s bridge, mast, and crow’s nest. It represents Rotterdam’s seafaring character. The replica bridge includes navigational equipment as well as a map room. The crow’s nest houses two restaurants.

The observation tower was constructed between 1958 and 1960. This was right after the Netherlands joined the European Union. Because of this, it can be regarded as a sign of alliance with other EU nations.

In fact, the name of this structure was chosen for its international appeal — “mast” is the same or very close to the word “mast” in many European languages.

Many sights in Rotterdam reflect the city’s artistic character. For example, the Cube Houses. This row of houses was designed by Dutch architect Piet Blom. Construction finished in 1974.

The houses are easily visible from a walk through the Old Harbor. Their unique cube-shaped upper stories make them practically unmissable. The Show Cube is one house open to the public. It contains exhibits on the design and history of the buildings. A chess museum is also located here.

The maritime museum reflects Rotterdam’s strong connection to water and seafaring activities. It’s set in one of Europe’s oldest and largest harbors where many vessels are on display.

With such a rich naval history, it’s no wonder the Maritime Museum seems to go on forever. You’ll be greeted with enlightening displays throughout the monumental structure. The museum also has programs catered to children that will likely keep them busy for a while.

The Rotterdam Maritime Museum also features modern exhibitions and insight into Rotterdam’s current naval pursuits. The exhibits detail the impact of off-shore shipping activities in Rotterdam and around the world.

Take a Trip to The Kunsthal Rotterdam

The Kunsthal is a museum in the city noted for its inspiring contemporary architectural layout. It opened in 1992. Since then, it’s been at the epicenter of artistic flair and ingenuity.

The museum hosts multiple yearly exhibitions. At any given time, the displays range from painting and photography to fashion and architecture.

Kunsthal also has an outdoor park that emphasises its aesthetic panache. The park is a combination of the museum’s industrial edge and the natural greenery of the landscape. Sculptures and other structures are scattered around the vast grounds.

Like many cities in Europe, Rotterdam has several medieval churches. In fact, most of these churches have become major tourist attractions in Rotterdam.

For example, The Great St. Lawrence Church — which has an extraordinary history. The late Gothic church dates back to the 15th century. It was heavily damaged during the bombing raids of WWII. However, it underwent restoration after the war.

When you enter the church, you’ll be struck by the beauty of its bright interior. This aura is enhanced by the colored glass in its windows. The church is well-known for its three Danish organs, the largest of which is mounted on a marble base on the inside wall.

Expect to learn a lot about the city’s unique traits. Everywhere you look, history looks back at you. 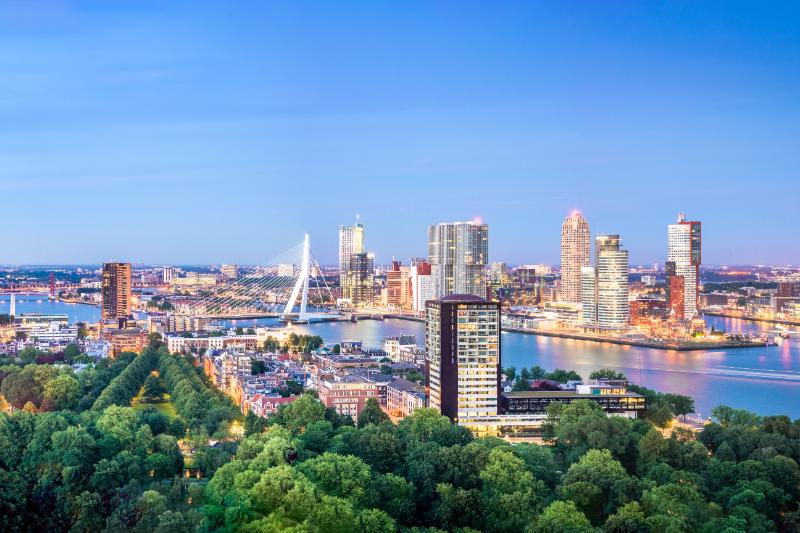 Since the city is surrounded by waterways, a lot of tourism in Rotterdam involves cruises. However, there are also more available options. Here are some fun things to do in Rotterdam.

This 2-hour guided walking tour takes you across Rotterdam’s points of interest by foot.

Some of the things you’ll see along the way are the famous Cube Houses and the Erasmus bridge.

This cheese tasting workshop takes place in Rotterdam Markthal. Learn about the different flavors and textures of cheese, as well as the differences between cow, goat, and sheep cheese.

After the workshop, you’ll get to explore hundreds of shops in Rotterdam Markthal.

Go on a WWII Walking Tour of Rotterdam

This guided tour of Rotterdam will inform you all about WWII’s devastating impact on the city.

You’ll wander through former battlefields and learn about how the city endured throughout the war.

This food tour will allow you to experience and taste Rotterdam’s culinary glory. It is perfect for foodies looking to expand their palates.

During the tour, you’ll sample some of Rotterdam’s finest cuisine – including locally-made craft beer.

Play a Game of 18-Hole Mini-Golf

Everyone loves a calm game of mini-golf on a warm afternoon. There’s only one outdoor mini-golf park in Rotterdam – located right by the Euromast Observation tower.

Go on a Maas River Cruise 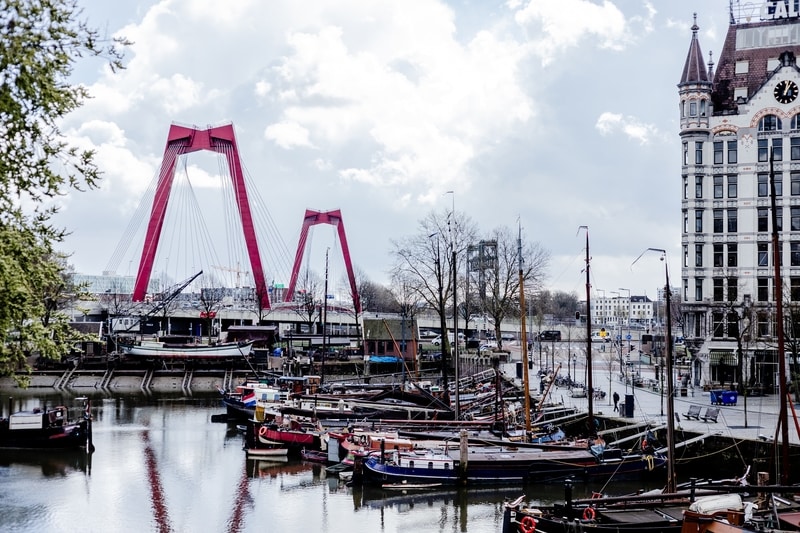 This 1-hour cruise takes you along the Maas river. You’ll get to observe the highlights of Rotterdam while enjoying stunning views of the city’s impressive skyline.

Along the way, you’ll sail past some of Rotterdam’s attractions. You’ll see the famous SS Rotterdam and the Hotel New York. You’ll also drift by the Euromast.

Zoom Around Rotterdam on a Segway Tour 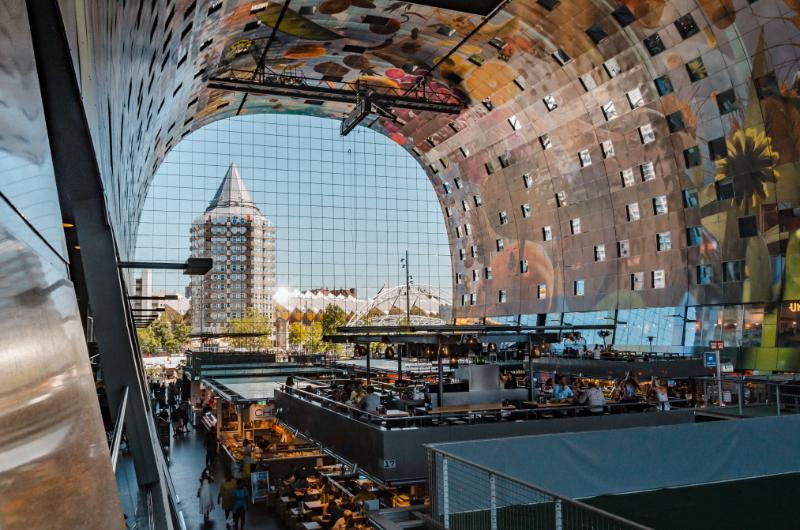 This 75-minute Segway tour showcases the best of Rotterdam on a Segway.

Your tour begins near the Euromast in the park. Thereafter, you’ll get to explore the rest of the city in a quick and efficient way.

Visit The Museum of Rotterdam

The Museum of Rotterdam is a great place to go if you want to learn more about the history of this port city.

The museum opened in the 1950s. It houses a large collection of documents and artifacts. This collection includes paintings from the 17th and 18th centuries.

The museum’s other annexes feature more recent history. The museum holds exhibits relating specifically to the Dutch wartime experience. The original flag of surrender used after the country was invaded by Germany in May 1940 is a notable artifact on display.

Go to The Rotterdam Zoo 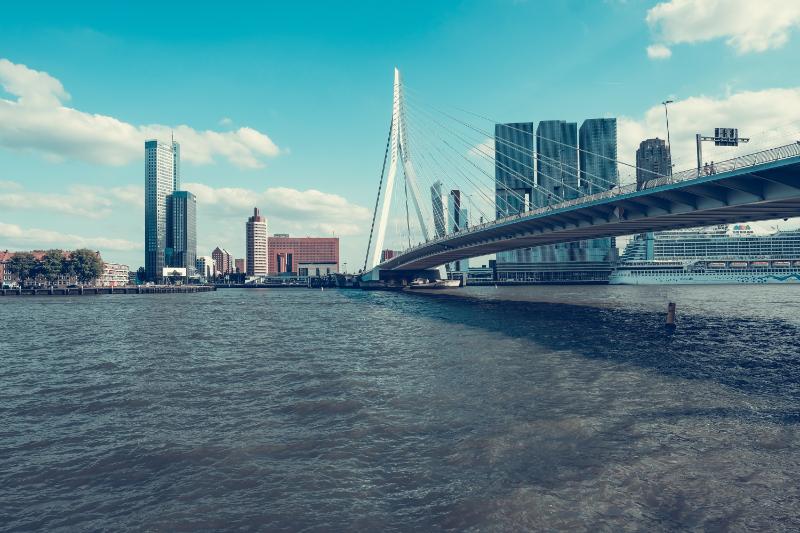 The zoo is divided into themed areas such as a Chinese garden, a Malayan Forest, and Mongolian Steppes. It also has a crocodile river.

This zoo is great for both kids and adults. The many enclosures ensure you’ll have many entertaining hours.

Final Thoughts on Things to Do in Rotterdam

Rotterdam is a colourful city that continues to thrive. The city is abundant with activities catered to the differing needs of its visitors.

Rotterdam’s strong maritime character awards it a unique edge that few cities have. Its medieval gothic and modern accents create a dazzling juxtaposition. Rotterdam is where the old-world and modernity congregate.

Check out some more information about tours and activities in Europe.