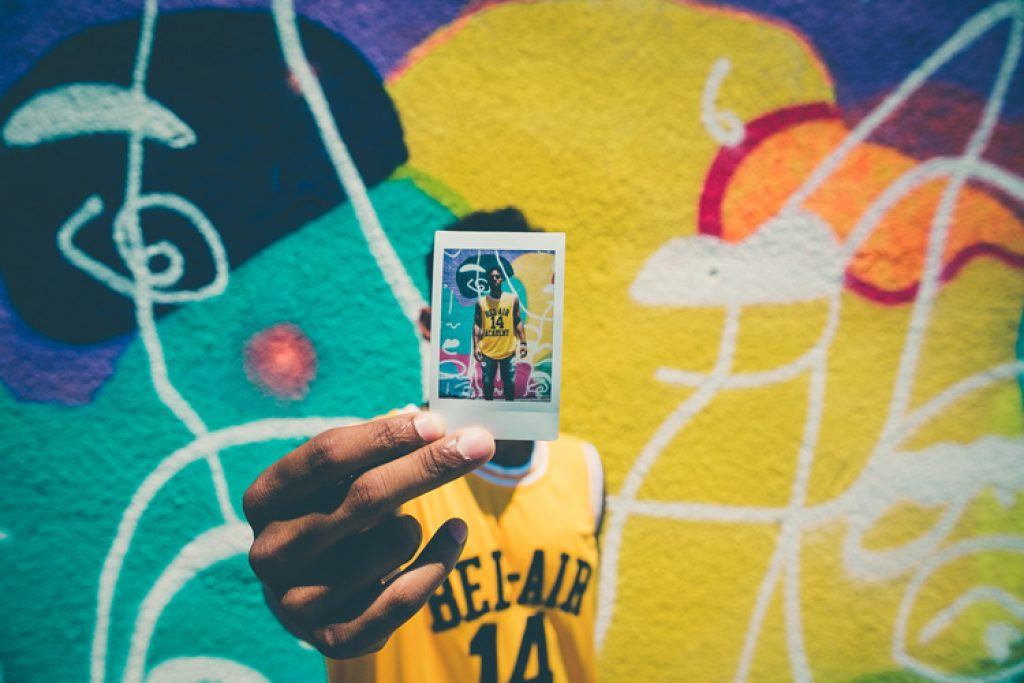 Have you heard about the NYC hip hop scene? If Jay-Z, Biggie Smalls, and Tupac are names of artists you listen to and faces on the posters on your wall – then a hip hop tour in New York is right up your alley! Even if hip hop is not your music genre of choice, the history of Hip Hop in New York is so rich, that a visit to the Big Apple would not be complete without an NYC hip hop tour.

Travelers are able to trace the journey of music and artists that have left a bold mark on the history, culture, and society of New York, the United States and beyond. Although bubbling under the surface for years before, the New York hip hop culture took the city by storm in the 1980s, and the global community has never been the same.

The following New York Hip Hop tours give tourists the opportunity to explore the NYC hip hop scene and discover the roots of the community, music and hip hop icons.

The 70's New York
Travel back in time to disco-era New York City on a 70s-themed tour of Houston Street and the West Village. Going with a guide ensures you see landmarks you might not have spotted otherwise, as well as avoid the hassle of navigating crowded streets on your own. Stories about the emergence of hip...
$24.95
Available

New York City: Walk This Way Harlem Hip Hop Walking...
Take to the streets in a 2-hour walking tour of Harlem that is great for all ages, hip-hop enthusiasts, those interested in NYC culture, and return visitors to the city. Visit the Graffiti Hall of Fame, the Museum of the City of New York, and more.
$50.00
Available

Birthplace of Hip-Hop Bus Tour - Harlem & The Bronx
The world’s only hip-hop experiences that use celebrity talent as the guides for every bus tour -- join in! Participants on this tour learn about NYC's hip-hop directly from veterans of the genre.
$75.00
Available

Brooklyn Hip-Hop Tour
Get an insider’s glimpse into the history of East Coast hip-hop on this Brooklyn music tour. Guided by a local hip-hop artist, drive through the diverse neighborhoods of Brooklyn and learn about current and former residents who have left a hip-hop legacy. Cruise by the original homes and hangout...
Available

What better way to learn about the history of hip hop than under the guidance of a legend in the industry? Explore New York’s historical hub and hear the story of hip hop while stopping by iconic landmarks such as the Graffiti Hall of Fame and the Apollo Theatre. 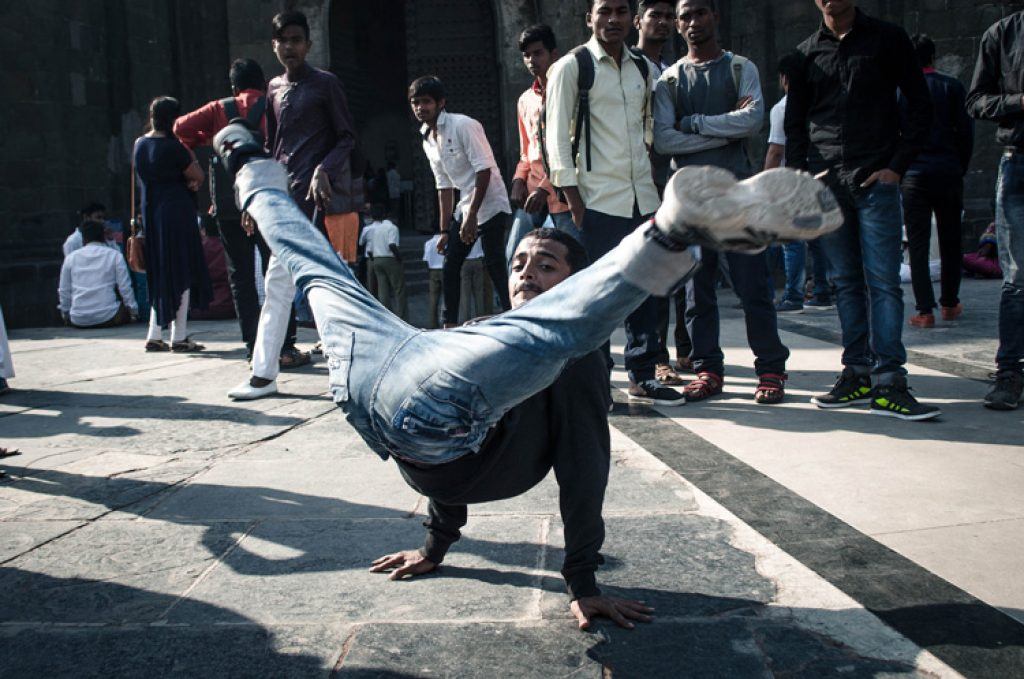 One of the number one hip hop tours, NYC, a Harlem walking tour gives tourists a chance to retrace the steps of a history that was birthed in Harlem. This tour includes a multimedia presentation that highlights the evolution of the city so that when you stroll through the ‘hood’ you have an informed perspective.

Guided by a hip hop historian, the Harlem walking tour tells the story of black culture as you pass by iconic sites in the heart of the city. Please note that if booking between January and March, there may be changes to the tour due to weather. 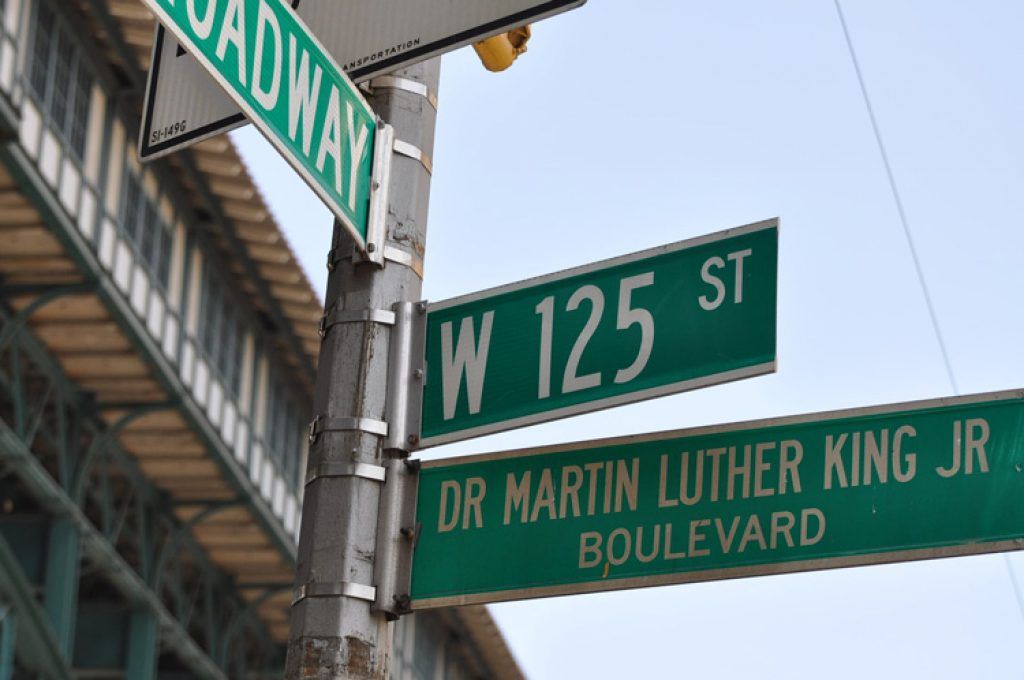 Brooklyn’s contemporary history is rich in hip hop – just look at the likes of the Brooklyn Hip Hop Festival and Tupac’s inclusion in the Hall of Fame. The Brooklyn hip hop tour shares insights into the Brooklyn music scene with a three-hour tour.

With the perks of a hip hop guide, a luxury coach and planned stops at iconic sites, the tour of Brooklyn gives travelers a once in a lifetime opportunity to see frozen moments that made musical history. 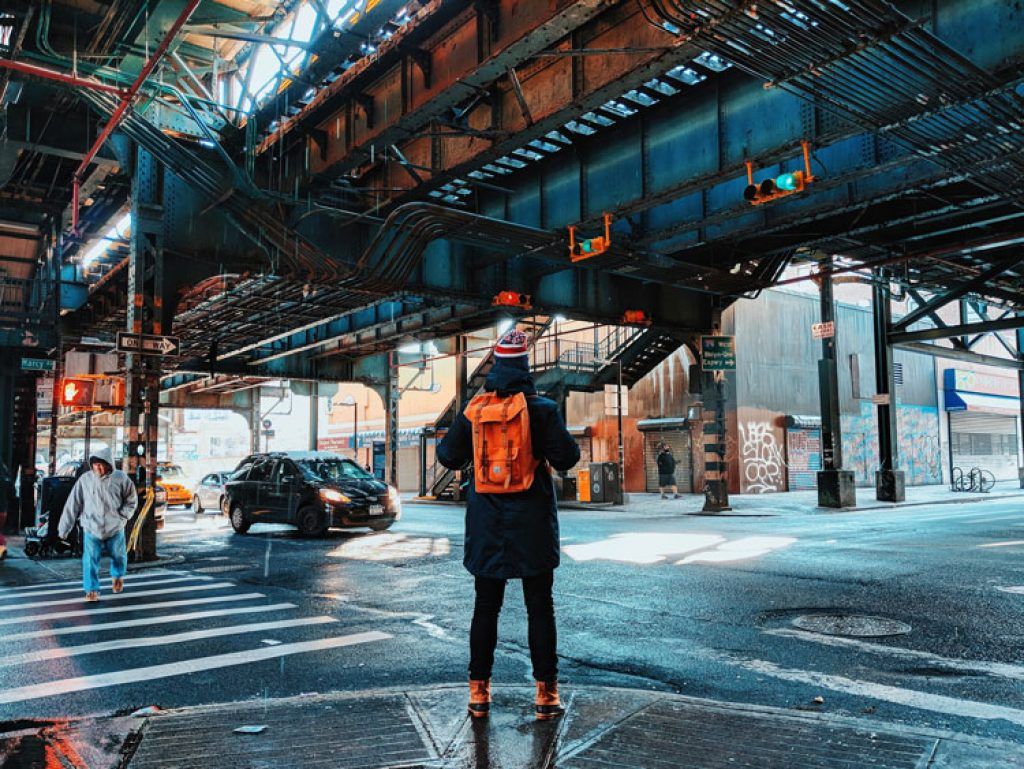 If you want to see more of the city while absorbing the musical culture of the iconic hip hop neighborhoods, then the five-hour Queens, Brooklyn and Bronx hip hop bus tour in New York City is the perfect option for you.

Cruise through Queens and see the Yankee Stadium, the home of baseball in New York, get an opportunity to see the history of boogie in the Bronx, and visit Brooklyn which is the birthplace of countless hip hop legends. 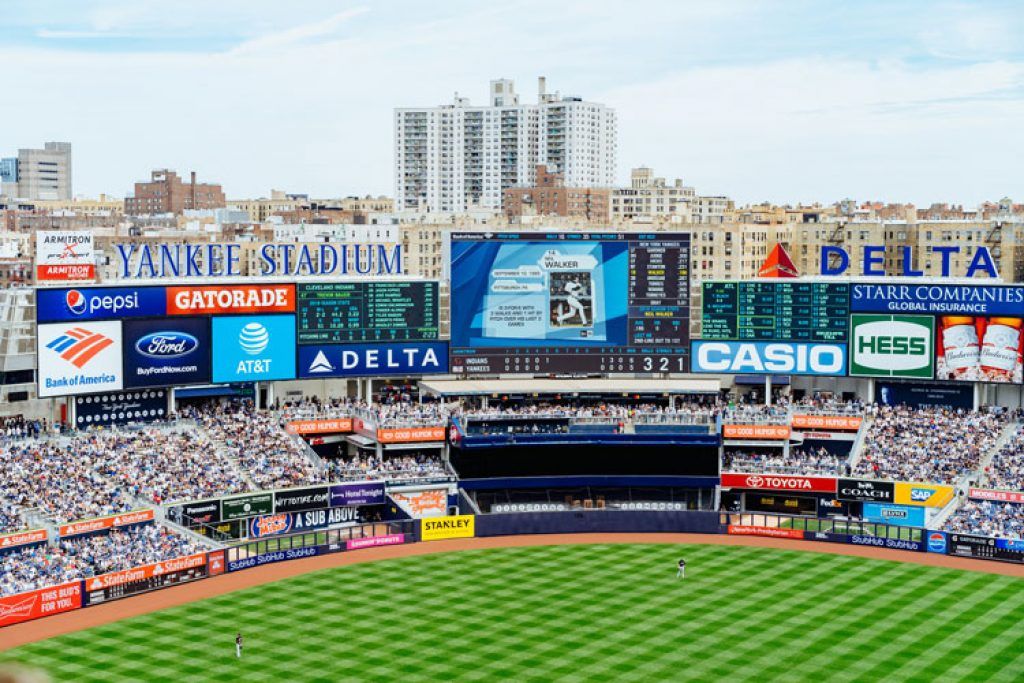 The 70s New York tour gives travelers a strong dose of nostalgia as they get transported back to the origins of hip hop, art and culture in the some of the most vibrant areas of the city. The two-hour tour features a one-mile stroll from Houston Street to the West Village, stopping to uncover the colorful history of fashion, music and art icons.

The cultural tour includes a guide to share incredible nuggets of information that will shock, amaze and excite you! 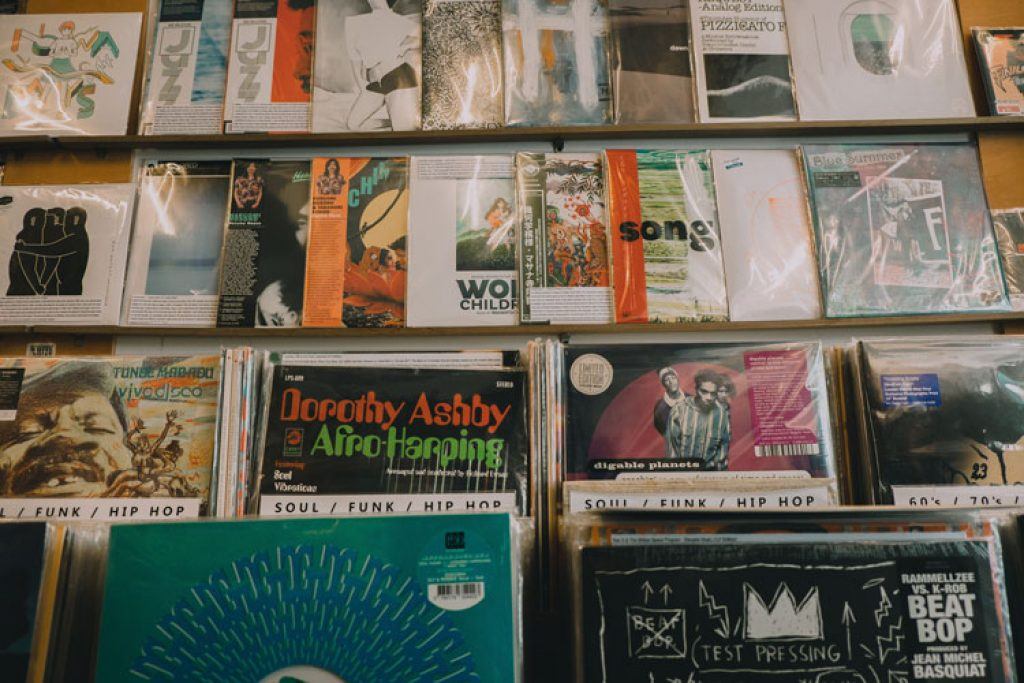 Fancy a night out as a hip hop local instead of experiencing the culture in the daylight? Take advantage of experiencing a Saturday night out in Bed-Stuy in the center of Brooklyn. With a rich urban history, this tour offers the chance to party like a local in one of New York’s most popular hip hop areas.

The tour includes a few bar stops with a local guide after which the night is yours to party and dance to your heart’s content. It is important to note that the legal drinking age in the United States is 21, so identification is necessary in order to take part in this experience. 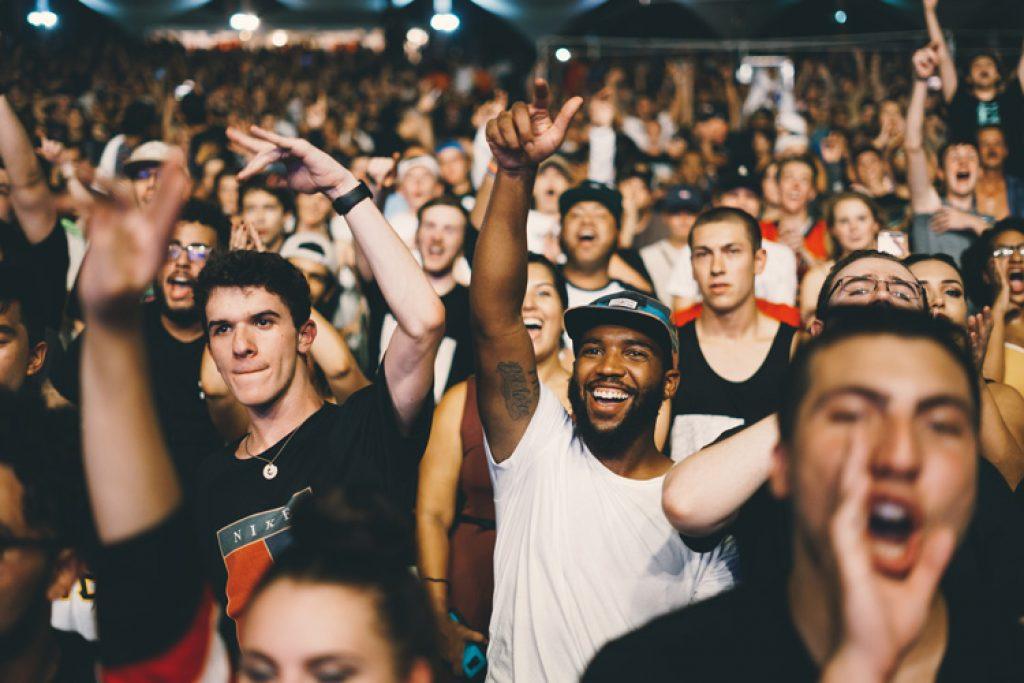 Did you know that for the first time, hip hop surpassed rock as the most popular music genre in the United States last year? What better way to experience this growth in popularity than by embracing the history of one of hip hop’s most iconic cities!

New York City is a buzzing city, and in the very center is the hip hop scene. These are just a few tours that we suggest – with something for everyone, regardless of how much you want to break it down with the musical genre.