Best Things To Do In Austria | Tours, Sightseeing & More

Austria is one of Europe’s most popular holiday destinations. It attracts tourists year-round with places to visit in both summer and winter. The snow-capped mountain ranges and slopes make the country a premium skiing destination. This means that tourism in Austria is busy year-round.

Being one of Europe’s smallest countries, Austria is primarily a land of upland areas and high mountains. The Central Eastern Alps occupy over half of the land area. The Danube River flows through the northern part of the country for about 350 kilometers from west to east, adding to the country’s allure as a tourist destination.

What Is Austria Famous For? 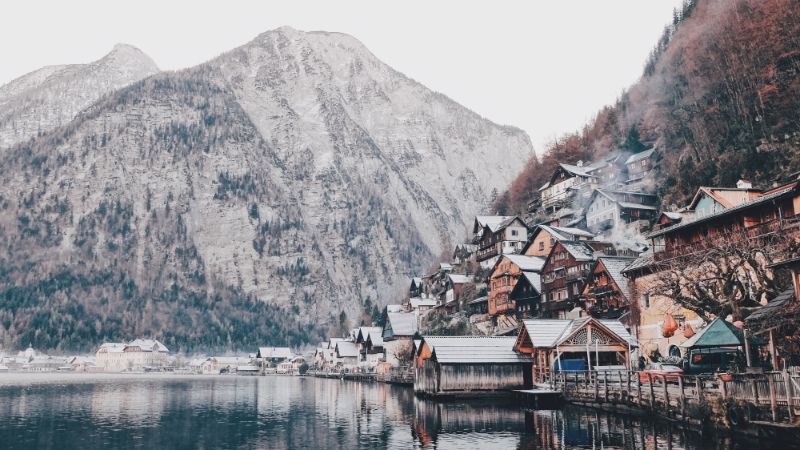 Visitors are drawn to the small, landlocked country for the scenic beauty of its splendid cities and cultural history. Vienna, Austria’s capital, is often referred to as the cultural center of Europe. It is a historic, musical, and architecturally significant city.

Sightseeing in Vienna is one form of entertainment. The sprawling architectural marvels spread across the city turn it into a tapestry of aesthetic delight. Visitors to Vienna also spend time going to the theatres, operas, and concerts. This provides a completely different kind of entertainment to sightseeing.

Austria is famous for being home to many notable cultural and historical figures. Sigmund Freud, the neurologist and founder of psychoanalysis, lived and worked in Vienna for many decades. Gustav Klimt, the famous Impressionist painter, produced many of his great artworks while living in the city. Ludwig van Beethoven, the famous German classical composer, lived and worked in Vienna until his death.

Other locations in Austria have also earned a rich cultural reputation for several reasons. The beautiful district of Salzburg is the birthplace of the famed composer Wolfgang Amadeus Mozart. The district has a museum memorialising the composer and displaying his childhood artifacts. Similarly, the forest village of Thal is the birthplace of the bodybuilder, actor, and politician Arnold Schwarzenegger who lived in Thal until he was 19.

Some of Austria’s residents have gone down in history for darker reasons. Adolf Hitler, the leader of the Nazi party, was born and raised in Austria. Many historians agree that it was in Vienna where Hitler developed his deadly views that resulted in World War II.

Fun Things To Do In Austria 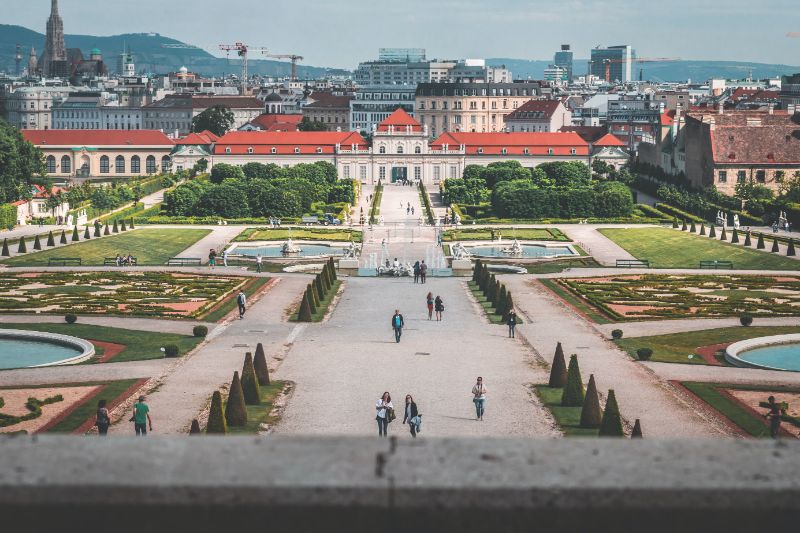 With so much to do in Austria, the question is, where to begin? This might depend on the time of year where you can choose between a winter or summer experience.

Either way,  you have the option of going on a cultural adventure or a visit to Austria’s imperial palace. In fact, there are so many interesting things to do that you may want to plan an itinerary of all the sights in Austria.

This tour of Eagle’s Nest in Salzburg is a must-do for history lovers.

Explore the charming towns of Obersalzberg in Berchtesgaden, which are close to the ruins of Adolf Hitler’s home and the legendary Birches Garden. Berchtesgaden has earned the moniker “Hitler’s Eagle’s Nest” due to its ties to Hitler and Nazi history.

Be treated to a perilously steep drive to the entry tunnel, ride the old brass elevator, and experience the interior of Berchtesgaden’s main attraction, Eagle’s Nest. A professional guide will take you to all of the important locations, including the famous fireplace and the meeting room.

The Spanish Riding School is an institution dedicated to the preservation of classical dressage and the training of Lipizzaner horses in Vienna.

During your visit to the riding school, you get to observe the horses. The training takes place in the magnificent setting of the baroque Winter Riding Academy. It provides insight into the Lipizzaners’ and their riders’ years of training. Classical Viennese music is played while the horses exercise in the morning.

Relaxation exercises, movement refinement and perfection, and muscle strengthening are all part of the training. The famous school jumps levade, courbette, and capriole — all notable practices in horsemanship. These are displayed as part of the Spanish Riding School’s performances but are not practiced on a daily basis and are only occasionally seen during the morning exercise. 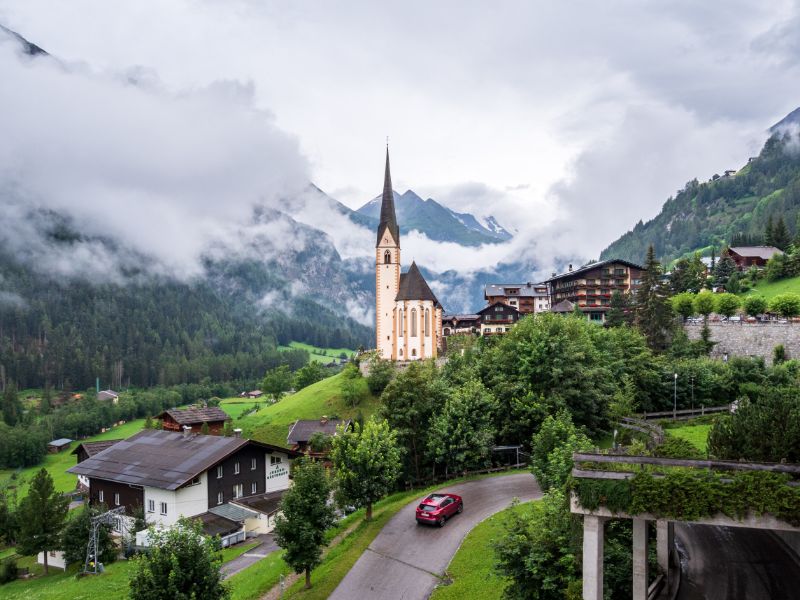 Salzburg is famous for being the birthplace of the composer Wolfgang Amadeus Mozart.

During this 3-course dinner at the Hohensalzburg Fortress, you’ll get to hear Mozart’s famous compositions by candlelight. Enjoy a culinary and musical treat as you listen to the classic piece “Eine Kleine Nachtmusik” played over the rooftops of Mozart’s hometown.

Your romantic evening begins with a  three-course dinner in the exclusive Panorama Restaurant. This restaurant is located on the fortress and overlooks Salzburg’s Old city and surroundings. After that, listen to Mozart’s most famous work, as well as other masterpieces by the famous classical composer, performed by internationally-renowned soloists.

The 900-year-old fortress offers a truly unique atmosphere as well as a unique view of Salzburg. As the evening draws to a close, take in the sights of Mozart’s city at twilight.

Vienna was the capital of the Austro-Hungarian Empire until its collapse in 1918. Because of this, the city is no stranger to sprawling estates and luxurious castles — remnants of the aristocracy.

Schönbrunn Palace is one of Austria’s most important cultural assets. Since the 1960s it has been one of the major attractions.

This exploration of Schönbrunn Palace and its marvelous royal gardens is a must-do in Austria. On the tour, you’ll discover the palace’s history and hear entertaining stories from a local guide. As you stroll the gardens, you will marvel at the 40-meter long Great Gallery and the Hall of Ceremonies.

You’ll learn about the fascinating history of the royal family of Habsburgs and the famous Empress Sissi. You’ll also learn about how the palace has evolved in modern times and where the royal descendants now live.

Classical architecture is a big part of Austrian tourism. St. Peter’s Church, one of Vienna’s most beautiful Baroque churches, is a must-see. Lukas von Hildebrand designed the church, which was built between 1701 and 1733.

Allow the Classic Ensemble Vienna to enchant you with a classical music evening. Hear beautiful renditions of works by famous composers such as Mozart, Beethoven, Bach, and others.

Enjoy these Classical works in the indescribable atmosphere of St. Peter’s Church’s underground vaults in the heart of Vienna.

Cool Things To Do In Austria 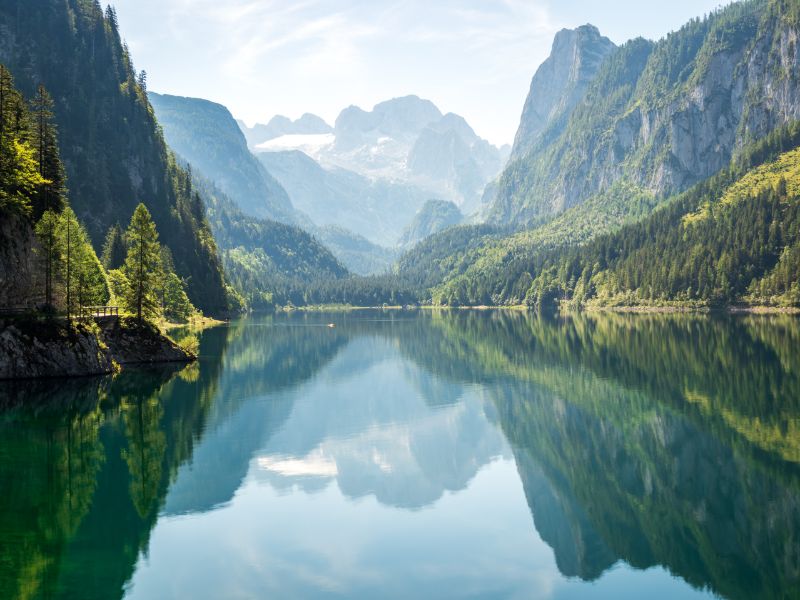 Here’s a list of a few cool things to do in Austria.

Melk Abbey is one of the most famous monastic sites in the world, with spectacular buildings arranged around seven courtyards. The west end of this massive complex with its twin-towered church is the most visible part.

Nestled on a rocky outcrop above the town of Melk, the abbey overlooks the Danube. It contains numerous other great reasons to spend a few hours touring it.

The tomb of Saint Coloman of Stockerau is here. The abbey has the remains of Austria’s first ruling family, the House of Babenberg. There is a 196-meter-long Imperial Corridor that features portraits of Austria’s rulers, including one of Empress Maria Theresa. The Imperial Rooms displays the abbey’s history, along with statues and paintings.

A Romantic Getaway in Hallstatt

The idyllic village, located on the banks of the Hallstätter lake, has a long history dating back thousands of years.

The Hallstatt Museum educates visitors on the city’s history. In the winter, skiers and snowboarders flock to the village to enjoy the snow and mountains. The salt mine and its tower, from which beautiful panoramic views are available, provides a fun day trip for families. 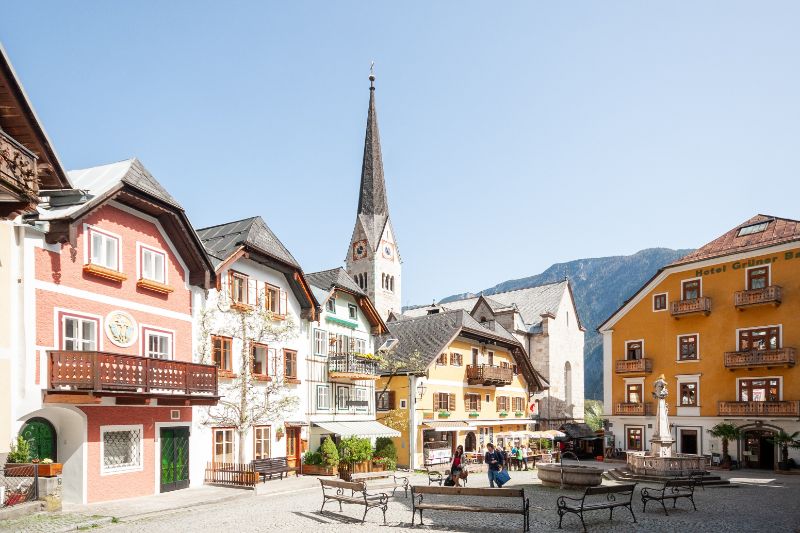 This resort town is one of the best places to ski in Austria. As a winter getaway, the town offers over 100 kilometers of skiable pistes and slopes.

With its cosy cottages and the snow-covered Alps as a backdrop, the town is as pretty as Alpine villages get. The 2000-meter Kitzbüheler Horn delights skiers in the winter. It is also a favorite for mountain hikers in the summer. You can also reach the summit by cable car via the Pletzeralm.

In addition to the great views, you’ll find the Gipfelhaus, a chapel, a restaurant, and an Alpine garden.

Final Thoughts on Things To Do In Austria

Its historical legacy and cultural endurance point to the unique characteristics of the country. There is an endless list of places to discover. From Vienna to Salzburg, Austria offers an activity for everyone.

Embarking on an Austria tour is sure to leave you satisfied. Check out some more information about tours and attractions in Austria.