Best Things To Do In Munich, Germany | Sightseeing & More

Munich is home to centuries-old structures and a plethora of museums. The city is famous for its yearly Oktoberfest event and its beer halls, especially the renowned Hofbräuhaus, which was founded in 1589. Munich is Germany’s third-largest city, coming in after Berlin and Hamburg.

The city, located in the Bavaria region of Germany, is also the 11th-largest city in the European Union. Munich is a city of contrasts, with a lively pedestrian-friendly downtown area centered around the Marienplatz.

While Germany has tours and trips of all kinds available throughout the country, Munich has a distinct appeal that makes its landmarks and activities a must-see during your visit

There are many things to do in Munich. From lakes and parks to historical landmarks and large shopping malls, Munich has something for everyone.

What To Do In Munich 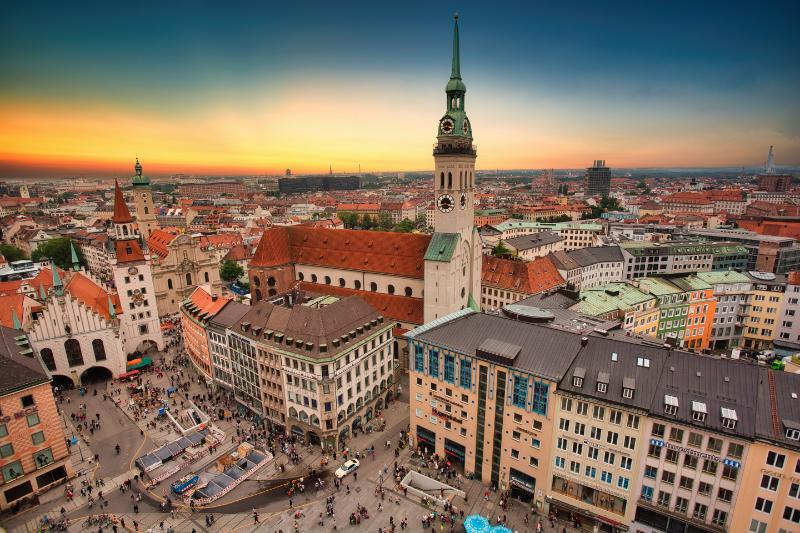 Given the size of the city, there’s plenty to do without feeling as if you’ve missed out on anything.

The region is famous for its towering fairy tale castles. A popular destination is Neuschwanstein Castle, which is set on a mountain approximately an hour from Munich. This was the inspiration for the famed Disney castle. If you don’t feel like channeling your inner Disney geek, there are several lovely lakes within a short S-Bahn ride of the city center.

Munich is home to the famous Oktoberfest, the world’s largest beer festival. The festival began on October 12, 1810, to commemorate the marriage of the crown prince of Bavaria to Princess Therese von Sachsen-Hildburghausen. Five days later, a horse race was held in an open space that became known as Theresienwiese (“Therese’s green”).

The city also has many museums, including the world-renowned Alte Pinakothek, a fine art museum housing over 2,000 pieces.

The city is also home to the renowned BMW Museum, which is devoted to the history of BMW and its most famous cars. Every year, hundreds of thousands of people visit BMW’s four-cylinder tower and the museum adjacent to it. The museum displays the technological advancements of automobiles and motorcycles. Many vintage automobiles and motorcycles are on exhibit in the bowl-shaped structure.

Munich’s Old Town is a testament to the historical and cultural legacy of the city. Known as the Altstadt, it’s famous for its pedestrian walkways lined with global flagship stores and boutiques selling traditional Bavarian costumes. Visiting the Old Town is a must-do in Munich.

Munich is a city that loves to celebrate. Every year, the city is host to a number of colorful festivals and social gatherings. Oktoberfest is the most popular, but the Tollwood Festival is a great alternative. It takes place twice a year in the summer and winter and features a variety of stage events, performers, and delicious street cuisine. 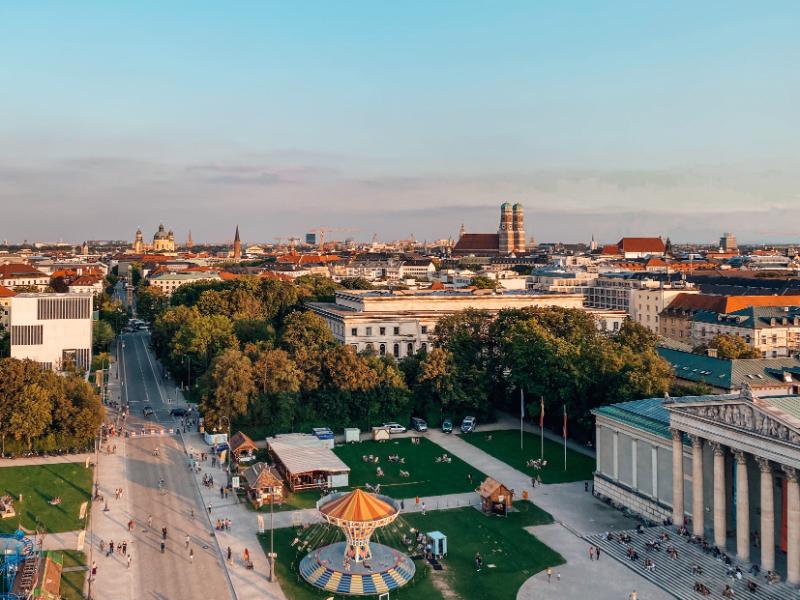 There are plenty of things to do in Munich. Having a memorable experience in the city is as easy as walking out of your hotel room. If you’re looking for stuff to do, the activities below are worth checking out.

The sleek glass and concrete museum houses a variety of modern art, architecture, and design exhibitions. As a staple of Munich’s artistic history, it includes the Bavarian State collection of graphic art and the Technical University’s architectural museum. Pinakothek is a must-see in Munich.

Experts consider the Alte Pinakothek, or Old Picture Gallery, to be one of the world’s greatest art galleries. The art museum, which features paintings by Titian, Rembrandt, and Rubens, also impresses visitors.

While technically not in the city, this is a great thing to do near Munich. The magnificent Neuschwanstein Castle in Bavaria is even more unforgettable when visited by rail. Relax on this Neuschwanstein Castle Full-Day trip from Munich to Fussen on this excursion, where you can choose to walk or take a carriage ride up to the castle.

Take A Trip To Marienplatz 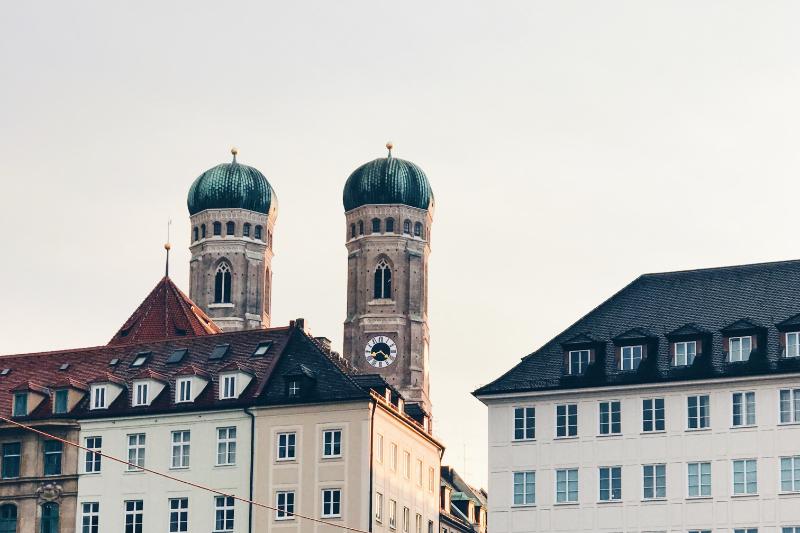 This notable public plaza continues to be the hub of social activities in the city, as it has for centuries.

The plaza is among Munich’s many historical sites. Marienplatz is home to a number of restaurants, cafes, and boutiques.

St. Peter’s church is Munich’s oldest and smallest place of worship. This 11th-century cathedral is best known for its beautiful golden interior. The dazzling building should definitely be included when sightseeing in Munich.

Dive Into The City’s Dark History on a Walking Tour

On a riveting 3-hour Third Reich walking tour, delve into Munich’s dark past and the development of Nazism.

Discover the sites that served as backdrops to Adolf Hitler and his followers as they set out to establish the Third Reich.  As your guide recounts the events that led to Hitler’s rise to power in 1933, you’ll see buildings where Hitler delivered speeches and memorials to the movement’s critics.

Go On A Tour of The Dresden Volkswagen Tour From Munich

This Volkswagen Tour will take you through the manufacturing line so you can see how these cars are made firsthand.

At the Volkswagen plant, you’ll learn about the effects of electric motoring and digitalization. The tour will run for approximately one hour and fifteen minutes.

As you meet with professionals in the area you’ll get a deep look at the construction process.

Along the route, your tour guide will provide you with fascinating overviews and insights into the future of electromobility.

Go On A Beer Tour

The evening drinks are paired with classic beer flavors and platters to keep you satisfied. End your day having enjoyed some of the world’s best beer.

Explore The City By Foot On A Walking Tour 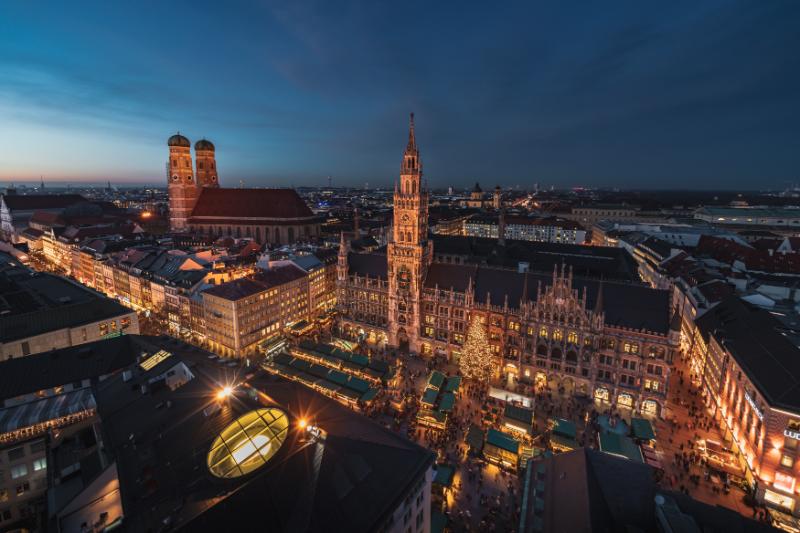 On this 2-hour Munich Old Town walking tour, see the best of the Bavarian capital.

Admire architectural marvels such as the Old Town Hall, St Peter’s Church, and the Munich Residenz. Or take a stroll around the vibrant Viktualienmarkt and visit the world-famous Hofbräuhaus beer hall.

While traveling between the central squares of Marienplatz and Odeonsplatz with a professional guide, you’ll have plenty of opportunities to learn more about Munich’s history, cultural heritage, and beer-brewing past.

Take A Day Trip To Nuremberg

Relax on the luxurious train ride to Nuremberg, then have some free time to visit the Documentation Center or join a guided tour of local sites such as Congress Hall and the medieval old town.

Take in some German history, try some local cuisine, and snapshots of the medieval and gothic accents that dot this modern metropolis. 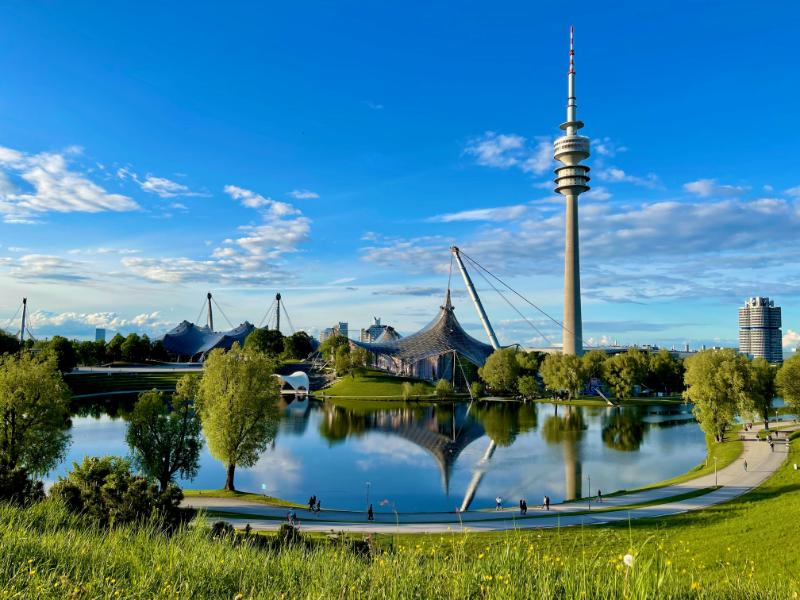 On this day trip from Munich, view the stunning scenery, castles, and villages along Germany’s Romantic Road.

Start off with a coach ride down the renowned Road, which runs through the mountains and forests of Bavaria. Then, continue to Rothenburg, a magnificently preserved medieval town of cobblestone alleys, squares, and half-timbered homes. Afterward, the tour stops at the 11th-century Harburg Castle, one of Germany’s oldest fortresses.

Final Thoughts on Things To Do In Munich

Munich is a dynamic city that’s constantly changing. It’s a great place to live and a popular travel destination, too. With so much stuff to do in the city, it’s easy to see why so many people choose to visit.

There is an endless list of places to discover in Munich. The city offers an activity for everyone, so there’s definitely no need to stay cooped up in your hotel room the whole time.

If you’re interested in learning more about the city, check out some facts about Munich.