South Africa is a great place to travel to if you’re a thrill-seeker. The open landscapes, beaches, and wildlife offer many opportunities to get the heart racing. In South Africa, travelers could meet the world’s most dangerous animals in the morning and then abseil off of a mountain at sunset. They can also jump off the Bloukrans Bridge bungee which boasts the highest bungee jump in Africa.

There are plenty of exciting opportunities like these to pick from all over South Africa, but being spoilt for choice isn’t always a good thing. It can be difficult to choose which bungee jumping spots to jump from. Unless they’re an ultimate adrenaline junky, jumping off the highest bridge for the first time probably won’t work for everyone. So which other bungee jumping sites are there?

Gather ‘round, adrenaline junkies, for the best places to go bungee jumping in South Africa.

Tip: Bungee jumping takes a lot of courage, whether an adrenaline seeker or not. If the jitters are still present, consider a South African CBD oil to help with anxiety and stress. 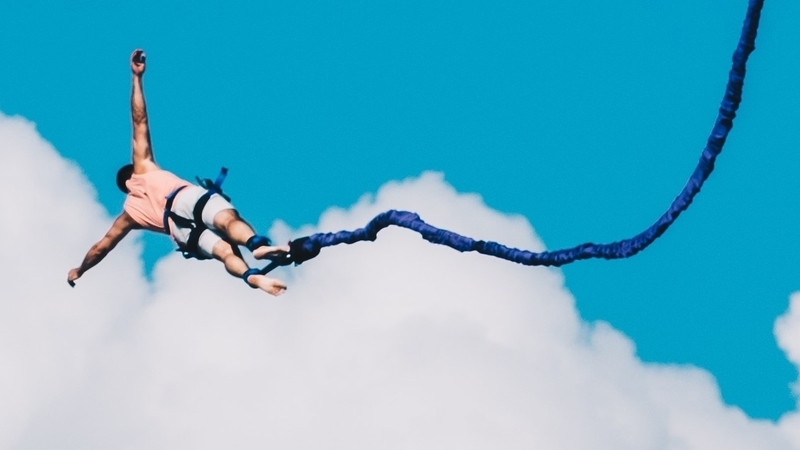 Bungee Jumping near Me

South Africa has an abundance of adrenaline-pumping outdoor experiences. So, wherever in South Africa, there is sure to be a bungee jumping experience close by.

Less than an hour’s drive away from Pretoria is a small mining town called is Krugersdorp. Over the years Krugersdorp has added many heart-racing tourist attractions. It has the Burma bridge, ziplining, and a bridge swing. The most exciting thing it offers is bungee jumping.

A 15-minute drive from Krugersdorp to King’s Kloof Trails will land you at the King’s Kloof Bridge. It is at this bridge that visitors will bungee jump down into the trees below. Expect an adrenaline-packed 164ft (50m) fall from the bridge.

This jump is perfect for a beginner who wants to use this as a starting jump before doing higher jumps. While still high, it is about half the height of most bungee jumping sites in South Africa. After their jump, guests can enjoy some refreshments at the restaurant and buy their bungee photos.

Johannesburg is the largest city in South Africa. It is often referred to as the ‘City of Gold’ and in that city is the well-known township of Soweto.

Soweto is a short 35-minute drive or a 15-minute train ride from Johannesburg. Soweto is South Africa’s oldest township dating back to the 1930s. Visitors can take a walking tour through Soweto to experience where political icons like Nelson Mandela lived. After lunch tourists reach the final stop of the tour at the Orlando Towers.

The Orlando Towers are an iconic part of Sowetan history. Once cooling towers during the industrial era, they have since been repurposed. Today, the 33 story tall towers are billboards and murals to brighten up the township. It is also a 328 ft (100 m) bungee jump site.

An open airlift and stairs transfer bungee jumpers from the ground to the top of the sky bridge between the towers. Once atop the sky bridge, visitors will see an amazing view of the Sowetan landscape. After you jump, it’s a liberating 131 ft (40 m) freefall before the bungee rope kicks in. 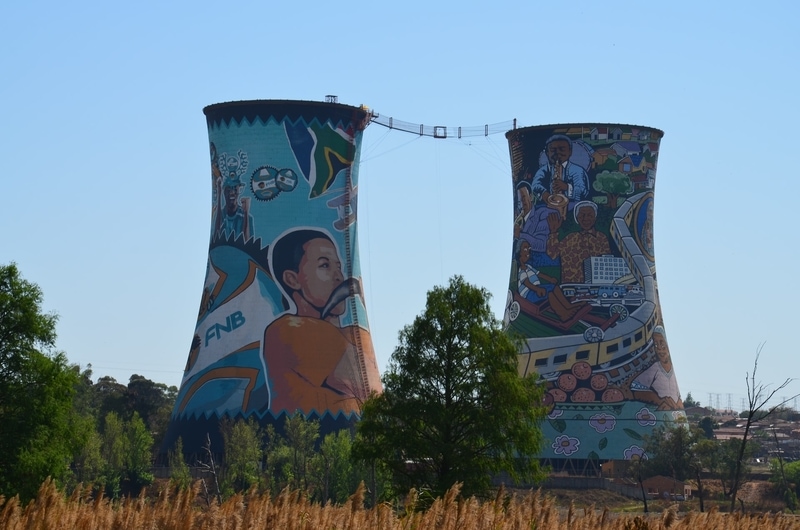 Durban is a coastal city in the Kwazulu-Natal province with a sub-tropical climate. The warm weather means it’s always perfect for outdoor thrill-seekers. Take a half-day tour of Durban visiting all of the city sites before ending the tour at Moses Mabhida Stadium.

The Moses Mabhida stadium was built to host the 2010 Soccer World Cup in South Africa. It stands less than two miles away from Durban’s central business district.

The impressive stadium has an arch that totals a height of 347 ft (106km). The same arch that bungee jumpers jump from into the vacant World Cup Center.

The stadium offers a bungee swing which is slightly different than traditional bungee jumping. Bungee swinging sees visitors freefalling, like with bungee jumping, but instead, they swing side to side after falling downward. It is the only stadium swing in the world.

Bungee Jumping on the Garden Route

On the Garden Route, you can find the amazing Tsitsikamma Forest. Tsitsikamma has many outdoor activities for adrenaline seekers. The Tsitsikamma canopy tour offers a fun Bloukrans bungee and zipline combo for an even bigger thrill. 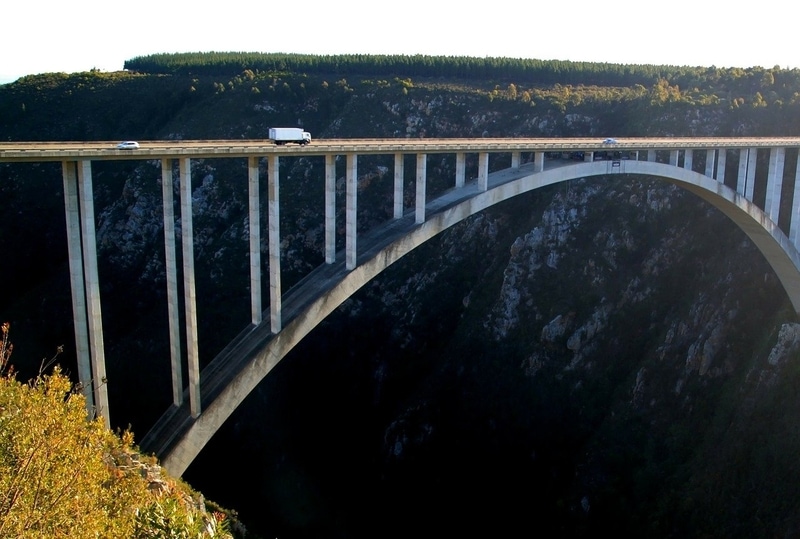 Are You Ready to Go Bungee Jumping?

A South African bungee jump isn’t for the faint-hearted. If you’re feeling brave, there here are plenty of exciting bungee jumps to choose from.

Which one will you choose? Will it be the highest bungee jump in Africa, the Bloukrans Bridge bungee? Or the only stadium bungee jump in the world? Perhaps the historical Orlando Towers in the oldest township in South Africa or finally, off of a bridge near the Cradle of Humankind?

If it’s difficult to just choose one, pick them all!

12 Fun Things To Do In Jozi With Kids

$16.00
Added to wishlistRemoved from wishlist 1

10 Awesome Things to do in Gauteng this Summer