Home » Uncategorized » Facts About Munich, Germany | It’s Definitely Not What You Think

Facts About Munich, Germany | It’s Definitely Not What You Think

Munich is home to some of the richest and oldest sights in Germany and is full of historic, cultural, and traditional grandeur.

The 11th largest city in the European Union has plenty of character that makes it stand out from the rest. From festivals to old buildings to… sausages?

Munich is a wonderful city and is one of the best places to visit if you want to tour Germany. Continue reading about Munich and discover the many facts surrounding the city.

The History of Munich

This article could easily be overruled by facts about Munich’s history. Seeing as the city has been around for quite some time, there is a lot one can say.

However, there are certain things that do stand out about the city that might spark some interest to anyone who visits.

The Capital of Bavaria 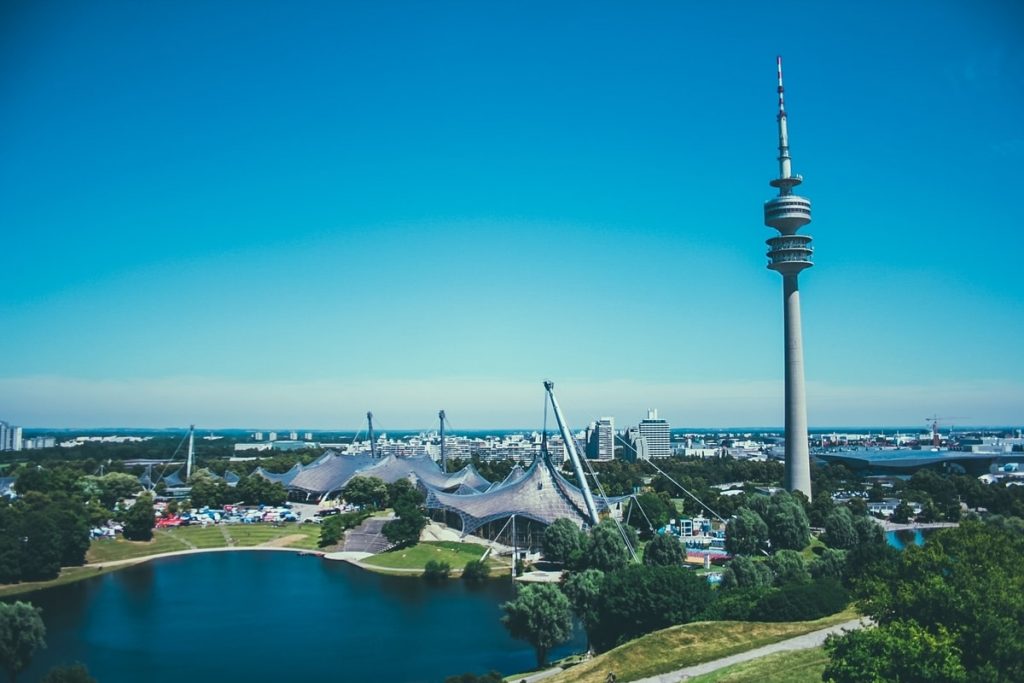 Bavaria or “The Free State of Bavaria” is one of the states of Germany in the southeastern corner of the country.

Bavaria is the largest state in Germany with an area of 27,239.58 square miles (70,550.19 square km). The state of Bavaria takes up about a 5th of Germany’s total land area. Munich is one of the cities that inhabit this state and it is also the capital of Bavaria. It is also the third-largest city in Germany.

When was Munich Founded?

In the 12th century, the Duke of Bavaria allowed some monks to start a marketplace. This marketplace became very popular and successful and it started to expand. Eventually, the expanded market place became a city – the city of Munich.

The name Munich or “München” in German, comes from the word “Mönch” which means Monk. Monks became the symbol of the city and are represented in their coat of arms.

The city of Munich has a lot of factors that would spark the curiosity of any visitor.

Whether it is about the history or the sights, the interesting characteristics and components of Munich are what makes the city such a wonderful destination.

The Birthplace of BMW 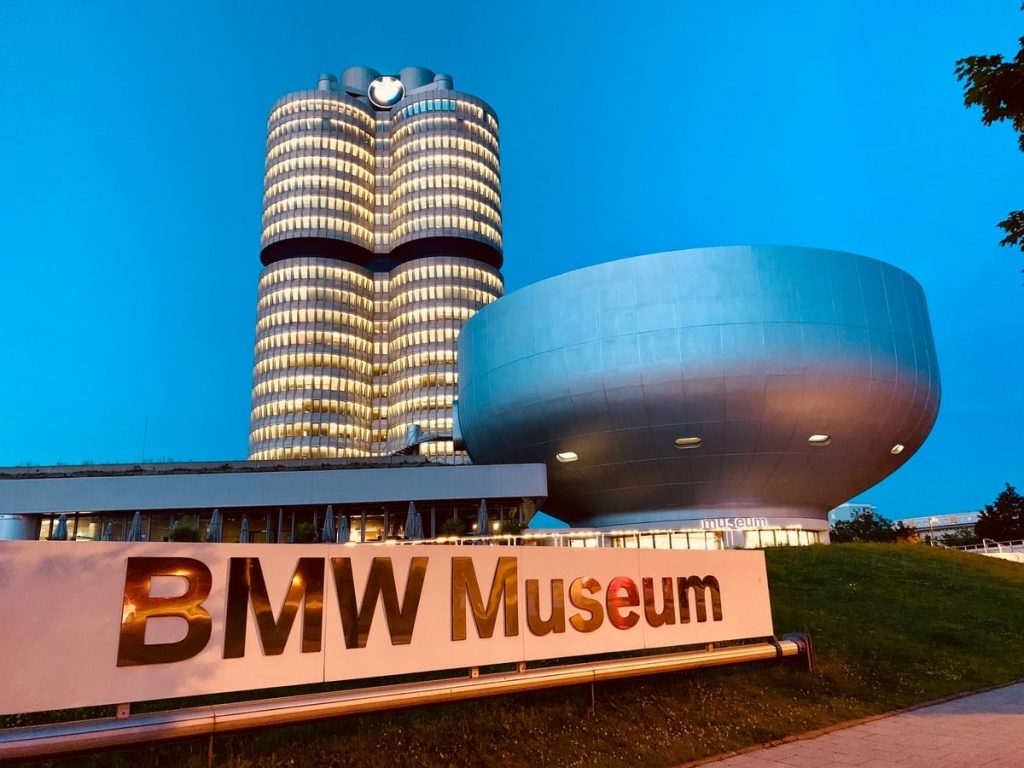 Whether you are a fan of BMW’s or not, you cannot deny that the brand is one of the most famous in the world.

The BMW originated in Munich and the brand even has a museum where you can learn about its history and see retro models. Learn about future plans and projects that are in development for BMW. You even get the chance to sit in an unreleased model as well!

The headquarters of BMW is also in Munich. It is situated close to the 1972 Olympic stadium and it even has its own zip code. The headquarters’ address has the digits 80788 and no other address in Munich has this zip code.

Germany also happens to be the birthplace of Volkswagen and if you are a lover of cars, you can even go on a Volkswagen tour when visiting Germany.

Breakfast is often seen as the most important meal of the day. A good cup of coffee, some cereal, and/or bacon and eggs have become the staple for a balanced morning meal. In Munich, however, there is only one thing that can make a breakfast complete: white pork sausages.

Known in Germany as “Weisswurst”, the sausage is almost inevitable when eating breakfast. Although, eating them at any other time of day is actually seen as taboo.

It is traditional to eat the sausages in the morning as it was usually freshly made each morning and had no preservatives, meaning it wouldn’t last very long and had to be eaten right away.

“Weisswurst” is now available to purchase and refrigerate, so you can eat them at any meal. Nevertheless, it is suggested that you do it discreetly as Bavarians are quite radical about their food traditions.

Are you that guy at a party that likes to tell people “fun facts” about useless topics? Well, boy do we have some fuel for you!

Munich has a character to it that can only be described as whimsical and hilarious. The city’s charm is definitely one of the hardest ones to try and beat.

Something most people probably think about when they hear “Munich” is, of course, Oktoberfest! Munich is home to the largest folk festival in the world that runs for about 16-18 days between the end of September and the beginning of October.

Millions of people from around the world flock to Munich to experience the festival of beer. Even names like Lenin and Mozart have attended Oktoberfest.

The festival is held in Hofbrauhaus which is the largest beer house in the world and is famous for its beer. In fact, during the 30-year war, King Gustav of Sweden invaded Bavaria and threatened to burn down the city. After consideration, he agreed to leave in peace under the condition that the city surrender 600, 000 barrels of Hofbrauhaus beer.

Munich also has around 60 beer gardens and has also declared beer as a type of food in Bavaria. 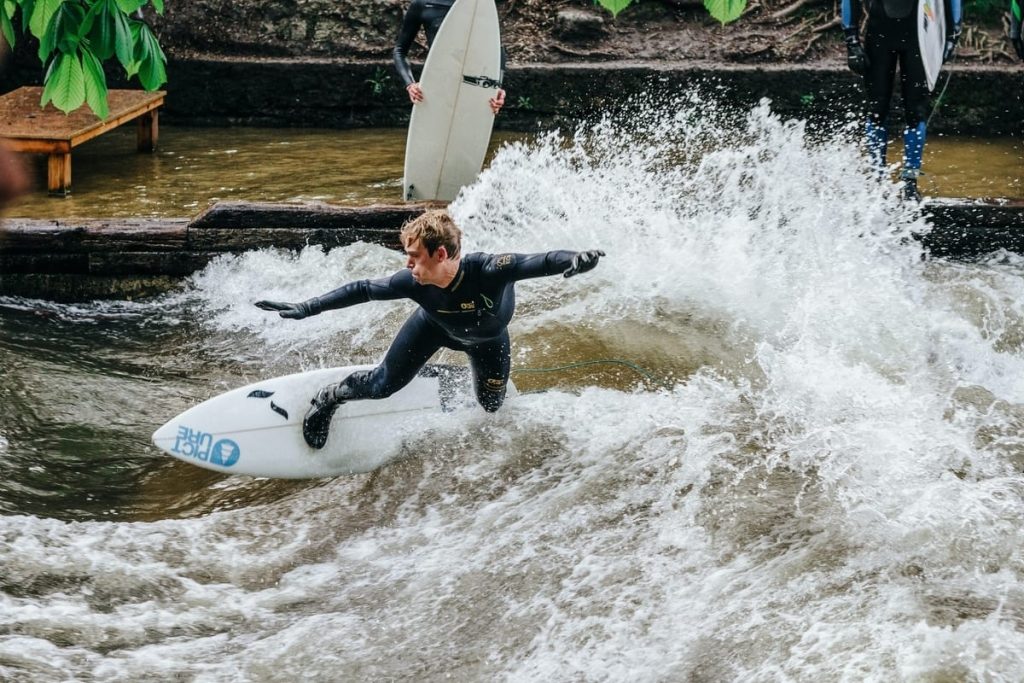 A 5-minute walk from downtown Munich is a man-made river called Eisbach. The river is around 1.25 miles (2 km) long and flows through the Englischer Garten Park.

Eisbach is known for having large waves, which are also man-made and is very popular amongst surfers. There is usually a line of surfers waiting for a chance to surf in the legendary river, so make sure you arrive early.

You now also have a reason to bring your wetsuit to Germany, so you can ignore the weird looks from your peers about bringing a wetsuit.

Even though the city has a humorous element to it, that doesn’t mean the city doesn’t have an array of different sights to go and visit.

The city is famous for having no Skyscrapers, and its beautiful old buildings, but there is a myriad of other amazing sights in this city.

If you enjoy visiting old buildings to see and feel the history behind them, Munich has some… interesting ones to choose from.

The Neues Kino Gabriel is the oldest cinema in the world and it’s in Munich. The cinema has existed since 1906 and it, unfortunately, closed its doors to the public in April 2019.

A lot of people think that the Pionier Cinema in the Polish Szczecin is the oldest cinema, but that cinema was established in 1907.

The oldest buildings in other cities are usually churches, cathedrals, or palaces. Munich is the exception as their oldest building is none other than a bathroom. Yes, you read that right. Archaeologists were excavating the area at Marienhof and found a bathroom dating back to 1260.

It was located just outside the city’s primary gates, which meant that the city of Munich was larger in the 13th century than historians originally anticipated. 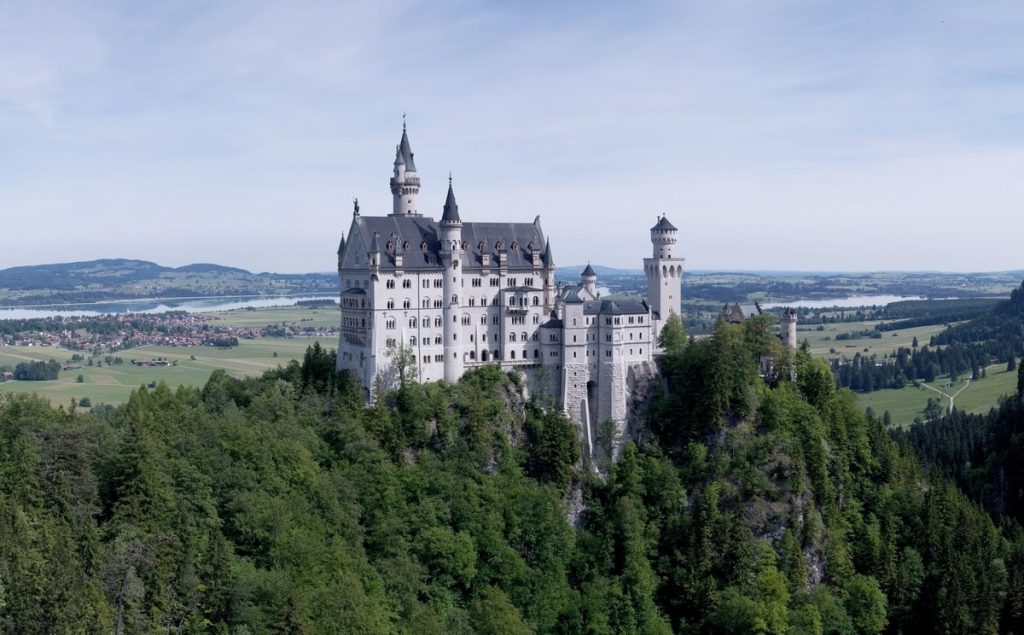 About 55 miles (88.5 km) outside of Munich lies a castle that was built for the former King of Bavaria. The castle is called Neuschwanstein and has been around since the 19th century.

Walt Disney and his wife were on Vacation in Bavaria when they visited the castle. He was so inspired by the magnificent structure that he decided to base the castle in his film, “Sleeping Beauty” on Neuschwanstein.

This castle has since become the symbol of the Disney brand and is the main attraction of any Disneyland or Disneyworld.

The city of Munich has so many incredible attributes to it that truly makes it one of the most interesting places that one can visit. The structures, the traditions, and the people are what makes the city so unique and special.

There are, of course, many other Munich facts that we didn’t mention and that’s because it’s your turn to find them and experience Munich for yourself. So, what are you waiting for? Your beer is getting hot!