San Francisco is a beautiful city with many gorgeous attractions. You can ride cable cars, visit Chinatown or even go to the Fisherman’s Wharf. But the most popular thing that San Francisco is known for is the Golden Gate Bridge.

This remarkable bridge stands at the entrance of San Francisco bay. It was constructed during the Great Depression and symbolizes American ingenuity and resolve. Today, this engineering marvel carries millions of cars and pedestrians from one side of the city to the other side.

You may be wondering, what is so great about a bridge? With its giant towers, great span, and sweeping cables, it’s been remarked as one of the world’s most beautiful bridges.

A Golden Gate Bay Cruise is one of the most incredible ways to see the bridge in all its beauty, as well as the fantastic attractions around it. A boat trip around the San Francisco bay will take you to see most of the things San Francisco is known for, including Alcatraz and the Marina District. After you’ve gone on a cruise, we recommend you take a helicopter tour over the San Francisco Bay to get a new perspective of the wonderful attractions.

With popular attractions and gorgeous sights, a Golden Gate Bridge Boat Tour is an adventure you need to have on your bucket list.

San Francisco Bay is also filled with unique wildlife. The Pier 39 sea lions are a renowned and remarkable sight. Alcatraz Island, the old prison where Al Capone was kept, is a prominent part of San Francisco.

If you’re interested in learning about this island’s history and the prisoners held there, there are cruises specifically based around Alcatraz Island. If you want to see more than just a water prison, most of the Golden Gate Cruises pass other attractions as well and talk about the history of each.

If you want to experience the Golden Gate Bridge from a different perspective, as well as the attractions in the bay, a Golden Gate Boat Tour is the tour for you.

With many unique cruises catering to different needs, you will not have a hard time finding a cruise in Golden Gate bay that takes you where you want to go. Sightseeing is a breeze on one of these cruises.

The tickets for a Golden Gate Bridge Cruise range from around $35 to $80. That is the median range for a ticket, although there can be some more expensive cruises. The ticket price depends on the cruise type (whether luxury or standard) and what’s included in the trip. 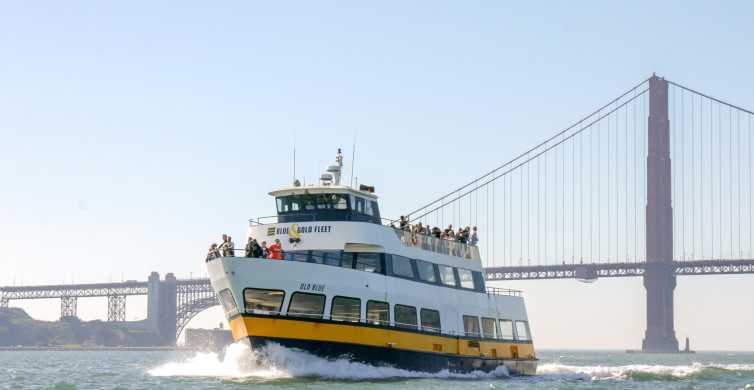 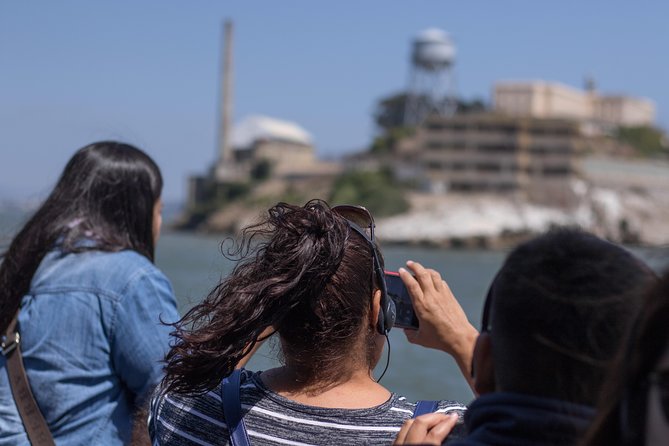 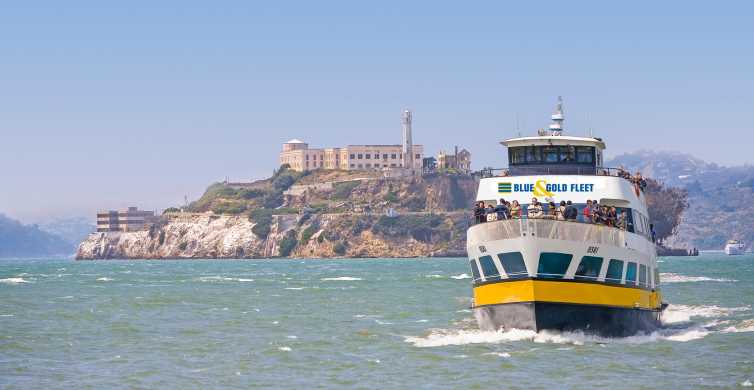 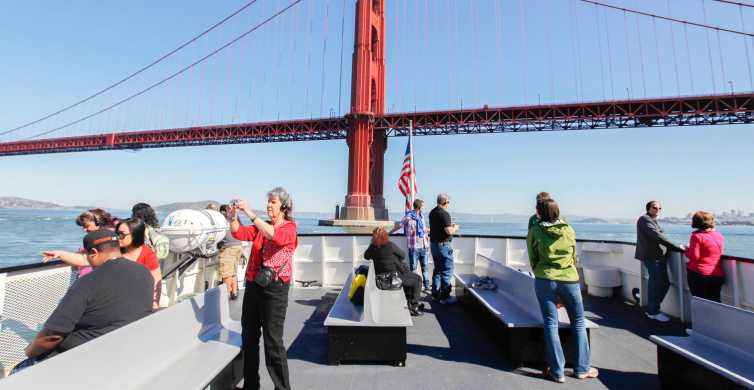 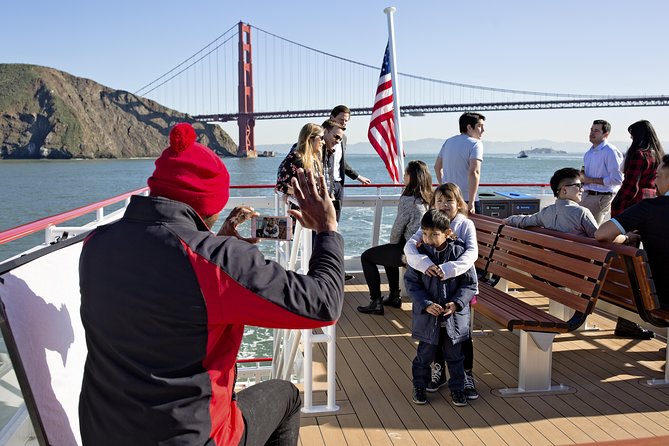 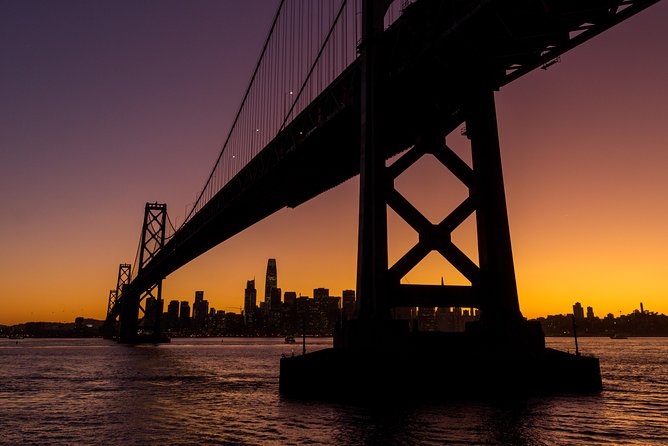 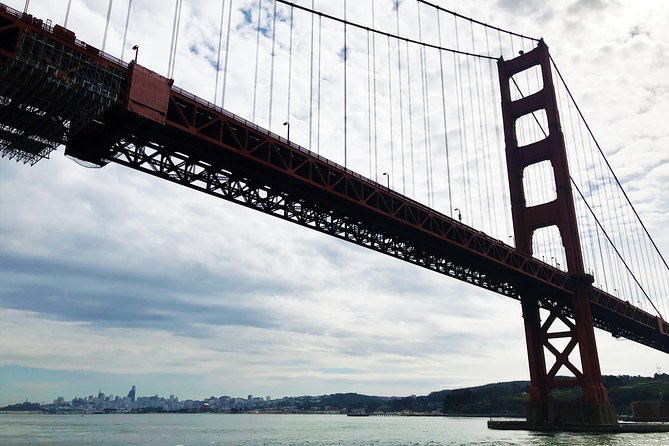 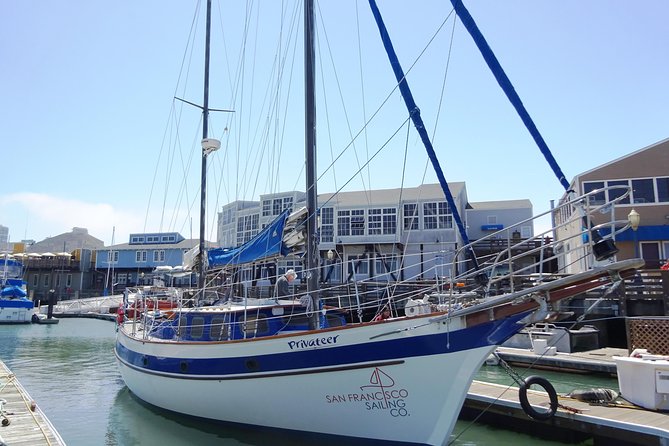 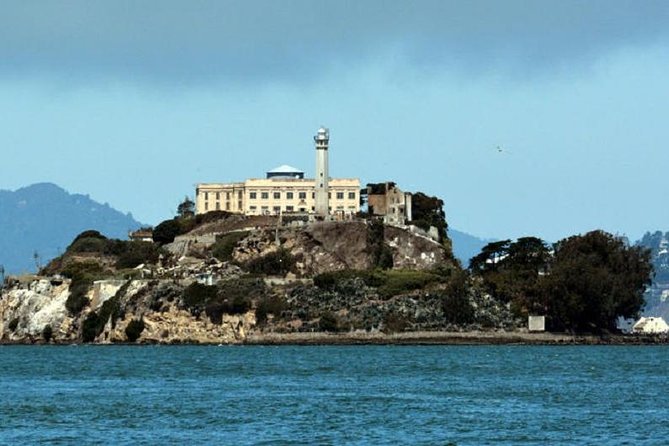 The cruises run throughout the year. Times depend on what type of cruise you go on. A sunrise cruise will usually start quite early to make the sunrise. Sunset tours can start in the mid-afternoon to catch the sunset. Most regular tours will start between noon and 3 pm.

It will generally be quite cold on these cruises as it takes place on a body of water. The best times to go would be in the summer months. However, the summer months experience a lot of fog. So if you want to miss the foggy weather but remain warm, the spring months are probably the best for you. 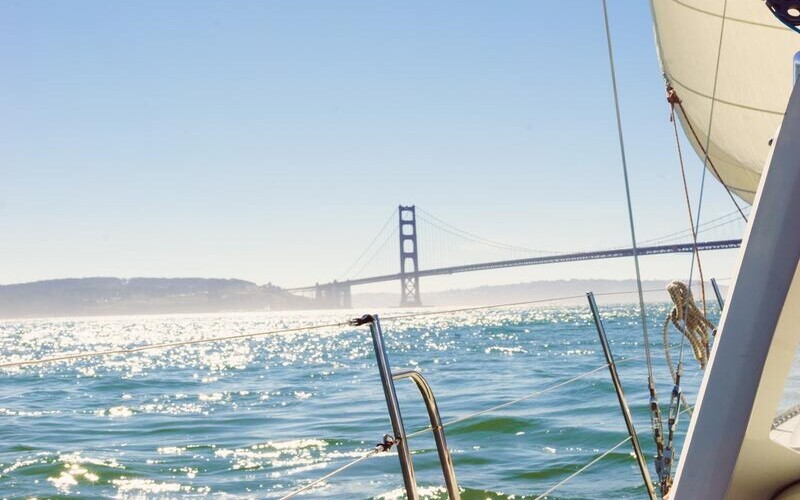 With all of these amazing San Francisco Golden Gate cruises, it can be quite hard to pick one. Here we have narrowed down a few of the best ones suited to both budget and luxury needs.

With tickets for this cruise starting at $37, it’s perfect for anyone who wants to spend some time on the San Francisco bay without having to hurt their wallet. And with the “Straight to the Gate” San Francisco access included, you won’t waste time standing in lines either.

You will explore the beauty of the San Francisco bay narrated by professionals in over sixteen languages. With an open ticket, you can decide on a departure time that suits your schedule. 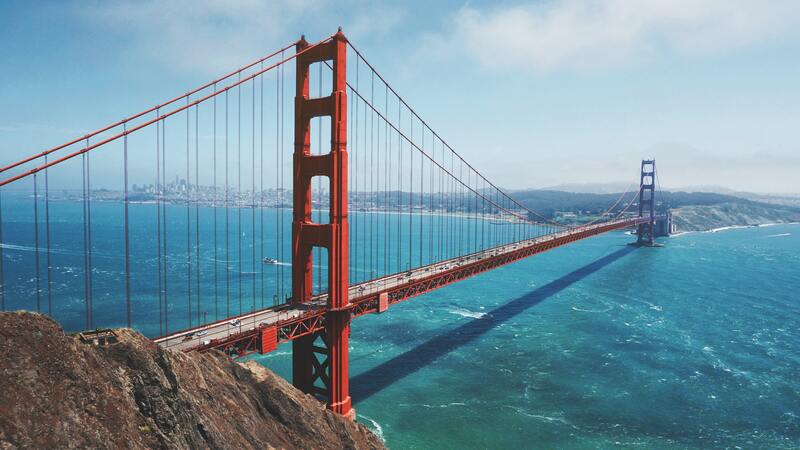 This tour goes to some of the most remarkable attractions in San Francisco. You’ll sail past the San Francisco skyline toward North Beach and San Francisco Maritime National Historical Park. It begins at Pier 43 in the famous Fisherman’s Wharf. From here, you are taken on a trip around San Francisco bay, where you will see the most amazing views. Of course, as long as Karl, the Bay Area fog stays away.

The cruise will pass by Fort Mason, the Great Meadow, Marina District, and the Golden Gate Bridge. If you haven’t taken any pictures yet, the last attraction on the itinerary is perfect for a photo opportunity. The impressive Golden Gate Bridge in the background of a selfie is an Instagram story that will surely make your friends jealous.

After this, you’ll travel past the wildlife reserves of the Marin Headlands and the legendary town of Sausalito, home to the 1960s flower generation. A pass-by of Angel Island State Park and the infamous Alcatraz island is next. And you’ll end the tour by going past the San Francisco Bay Bridge and Pier 39. Be sure to catch those sea lions on camera. 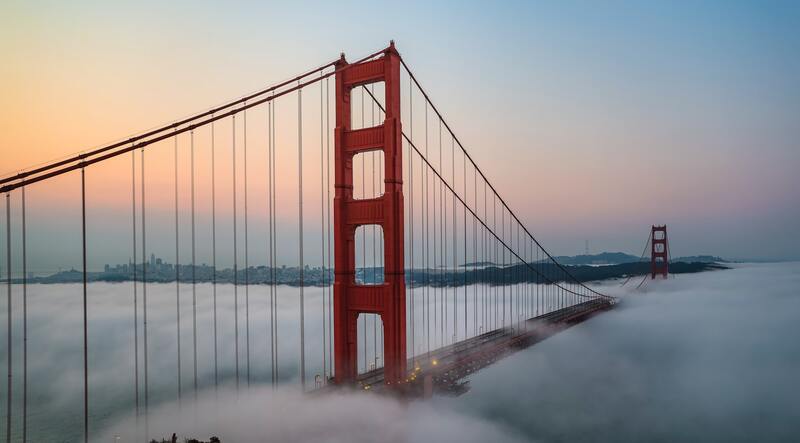 What we liked: The many different places that are seen on the cruise.
INCLUDES:
EXCLUDES:

With gorgeous views and a fun narrated cruise ride, you can experience the wonder of the Golden Gate Bridge. The other attractions on the way are just a bonus. 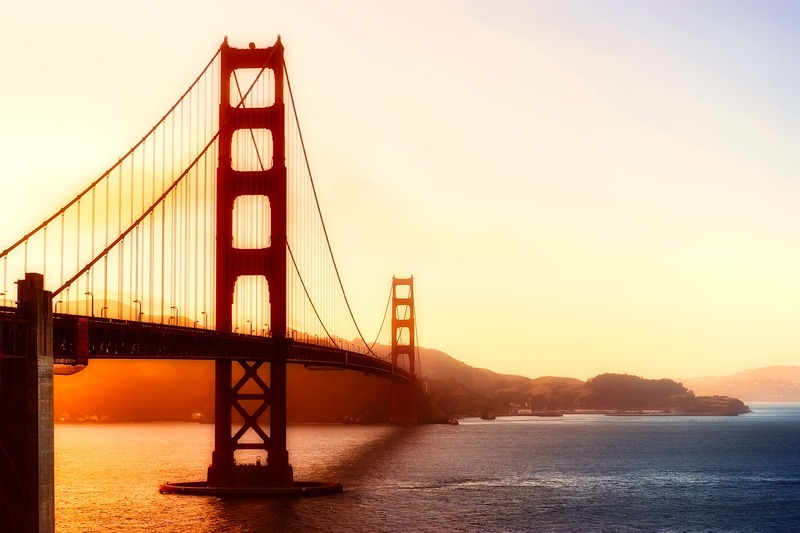 With tickets for this cruise starting at $77, it’s a true luxury ride around Golden Gate Bay as the sun sets.

Pass by the Golden Gate Bridge, Alcatraz Island, and Sausalito on this relaxing 90-minute luxury catamaran sunset cruise. You will see some remarkable sights, beautiful wildlife, and the sun dip below the bay.

You’ll receive a complimentary drink and be able to lounge in the protected viewing area that offers a 360-degree panoramic bay view. If you’re feeling adventurous, there are canvas trampoline nets for those who want to experience the fantastic sights in the fresh air.

An audio guide in seven languages will tell you about the attractions you’ll see on the cruise. Sail past the infamous Alcatraz Island while the audio guide tells you about the island’s history and its prisoners. Sausalito is also one of the attractions you’ll be seeing. It’s known for its historic Richardson Bay houseboat community built by artists and other free spirits after World War II.

Of course, there’s Pier 39, known for its sea lions affectionately dubbed “Sea Lebrities”. It’s been rumored that rent in San Francisco is so high that 400 seals have to share one dock. That’s how many sea lions are in this area. So give them a supportive “arf” as you pass by because anyone with 400 roommates needs some support. 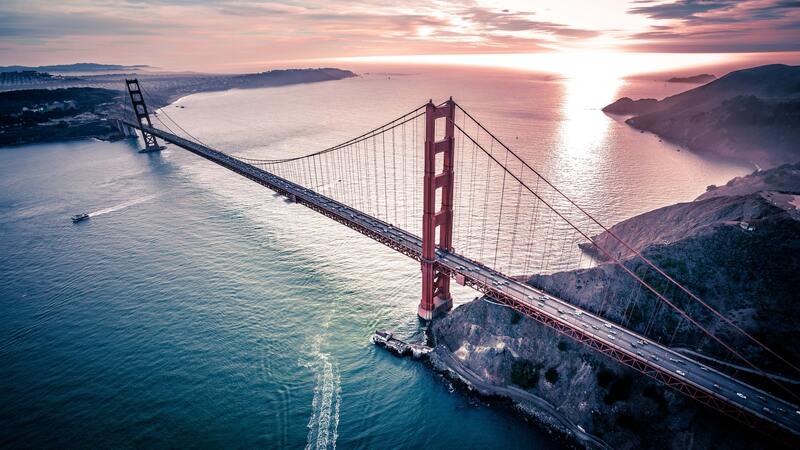 What we liked: The sea lions and all the gorgeous wildlife.
INCLUDES:
EXCLUDES:

Once you take a trip around the San Francisco bay, you’ll never want to leave. With adorable sea lions and gorgeous vistas, a San Francisco Bay Cruise will convince you of the beauty of the city and its Golden Gate Bridge.

After you’ve added this tour to your list, you’re probably wondering what else you can do. After a relaxing tour of the bay, we recommend an AT&T Park Tour of the San Francisco Giants stadium. It’s perfect for any sports fanatic.