Go behind the scenes and experience the pride and passion of London’s Chelsea Football Club!

Home to Chelsea Football Club since 1905, the Stamford Bridge Stadium Tour is a must-do in London for every Blues fan and supporters of the Premier League. Known locally as ‘The Bridge’, the stadium has a capacity of 41,500 and is located in Fulham. It is adjacent to the borough of Chelsea in South-West London, a must for any London visit.

Keep reading to find all the details of the Stamford Bridge Stadium Tour including prices, tickets, and times. 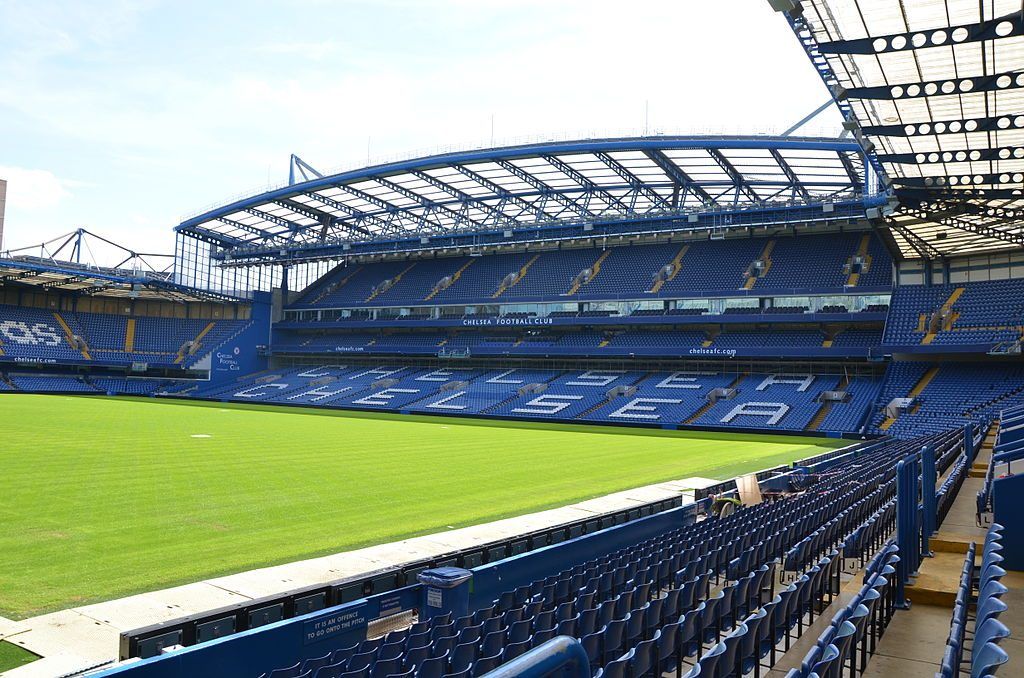 Experiencing the Chelsea Stadium Tour is a bucket-list tick for any London Itinerary. Go behind the scenes on a one-hour tour that winds its way around Chelsea stadium and club museum. Let your guide lead you into exclusive areas, typically reserved for players and officials.

Imagine yourself answering questions from the media or conducting an interview in the press room. Feel the excitement and tension as you pretend to kit up next to Chelsea legends in the spectacular home dressing room. Then walk through the tunnel and next to the pitch, and imagine the intense roar of passionate fans cheering you on!

Visit the stadium museum and view all the trophies won by the club. Learn about the history of Chelsea FC, and how the club grew from humble beginnings to being one of the wealthiest clubs in the world. If you weren’t before, you’re sure to be a Chelsea fan by the end of the tour!

Chelsea Stadium tour prices in London, England will cost between USD $30 (R500) and USD $50 (R830) depending on the length of time and tour inclusions.

Compare Stamford Bridge tour tickets across the ticket providers below:

Stamford Bridge is open daily and tours can be scheduled for mornings and afternoons. Guided tours take approximately 1 hour. Tours depart every 30 minutes, excluding match days, and are available between:

The best time to take a Stamford Bridge tour is in the morning. It will be slightly less crowded which will provide a more enjoyable experience.

There are two Chelsea Football Stadium tour options for visitors to choose from. The standard option is a 1-hour guided tour of the stadium facilities and club museum. This allows you to get a behind-the-scenes look at Chelsea FC, by accessing the changing rooms, press box, the pitch, and the museum.

Another option is a guided tour of the stadium facilities and club museum as part of a combo tour package. Travelers can add the Stamford Bridge Stadium Tour to a combination of tours chosen from a list of over 20 London attractions.

Go behind the scenes of Stamford Bridge stadium, home to the Chelsea Football Club — aka Chelsea FC. A London football (soccer) enthusiast serves as your informative guide during a 60-minute tour, including sections typically accessible only to players and game officials.

In addition to the changing room, Press Room, and pitch, you’ll gain admission to the Chelsea Museum to learn about these Premier League champions, considered one of the best teams in the world.

This Chelsea FC Stadium tour allows you to explore areas of Stamford Bridge stadium that are usually only accessible to athletes and officials.

Take it all in while you can, this may be your only chance to emulate Chelsea legends and walk down the tunnel and onto the football pitch. 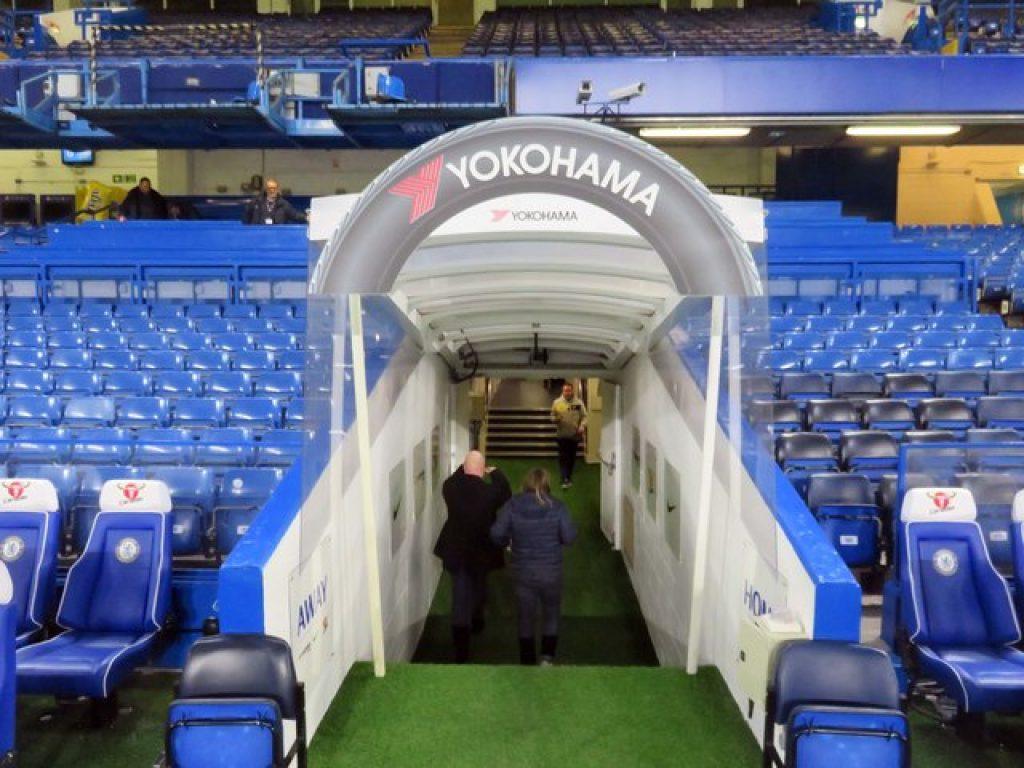 Create your own tour of London by choosing a pass to three, four, five, or seven attractions on the incredible list of over 20 experiences. The list also includes The London Dungeon and St. Paul’s Cathedral.

The pass is flexible and allows you to use it with ease for 30 days after it’s first use. Customers can keep it digitally on their phone or print it out at home.

On the Stamford Stadium tour, your knowledgeable guide will take you behind the scenes at one of the greatest football clubs in the world. You’ll be given access to areas normally reserved for players and officials.

Imagine what it would be like to meet the press as you sit behind the desk in the press room. Soak up the atmosphere in the spectacular home dressing room, and then imagine the excitement as you walk down the tunnel to the pitch side, with the roar of a capacity crowd ringing in your ears!

The pass is valid for 30 days after its first use, giving you plenty of time to enjoy each tour experience.

Enjoy a guided tour of the stadium with the option of having lunch either before or after the tour. 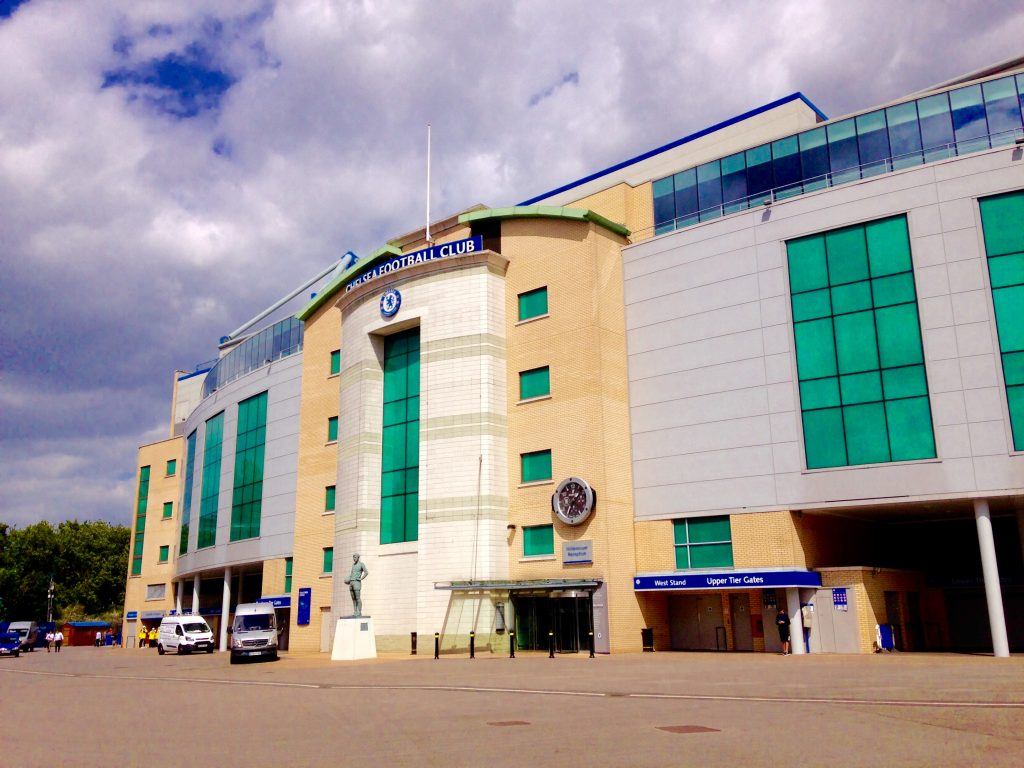 8.5Expert Score
Editor review:
This guided tour gives you a behind the scenes experience at Stamford Bridge Stadium. It's an unforgettable activity for football fans and travelers alike.
Comfort
8
Location
8
Fun
9
Value for Money
8.5
PROS
CONS