A diamond in the rough that revolutionized itself to a polished gem that is UAE’s hotspot, Dubai. From being a small fishing village to becoming a top cosmopolitan destination, the city has transformed itself into a world-class vacation spot.

Dubai is an inviting location for many across the globe. With the majority of its population made up of foreigners. However, living in luxury doesn’t come cheap. If you’re wondering whether a trip to this vibrant city is worthwhile, we’ve listed interesting facts about Dubai to help you decide. 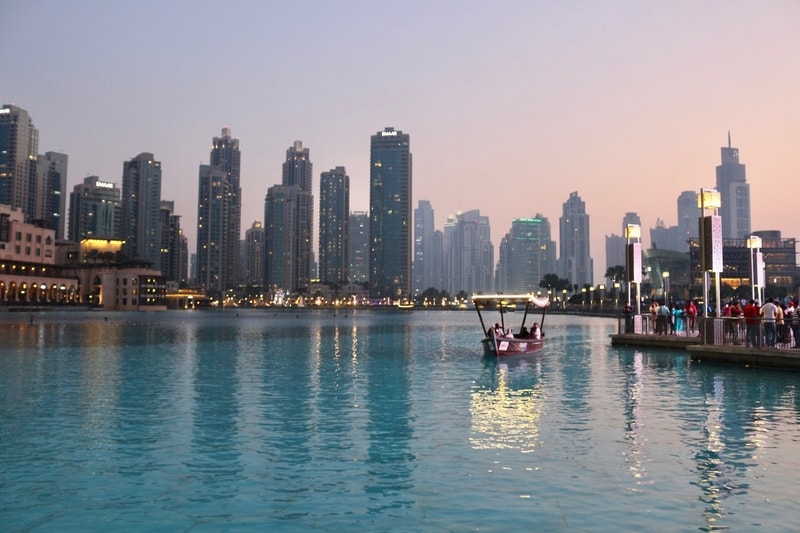 What is Dubai Known For?

Dubai is the largest city in the United Arab Emirates. It has around 225 square kilometers of Arabian desert. However, the scene in this city is anything but dry.

Dubai is famous for living life in luxury. From dazzling shopping experiences to lively nightlife, Dubai offers it all – in style.

The city is known for its sightseeing attractions including the world’s tallest building, the Burj Khalifa. It is a location of rich culture with modern additions.

Dubai follows London, Paris, and Bangkok in being one of the most visited cities in the world. So, why do travelers flock to this golden destination? Let’s start with some Dubai facts and information to better understand this hotspot. 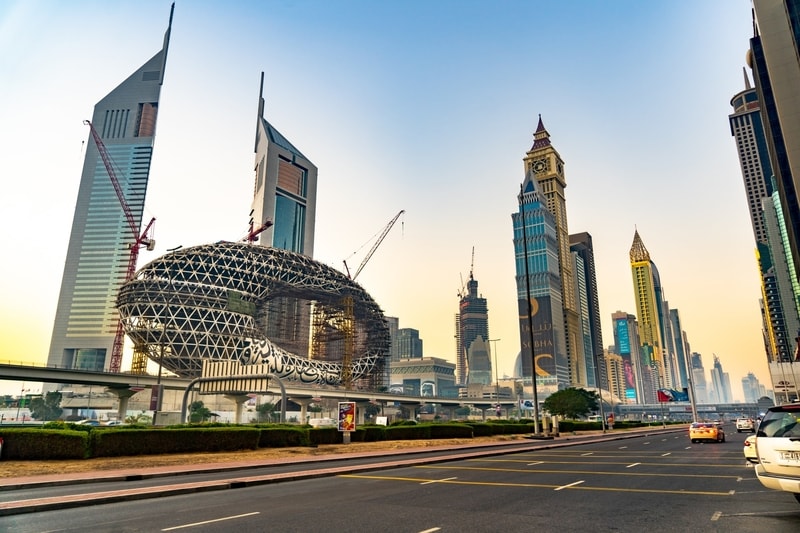 The formerly sparse desert area turned world-renowned cosmopolitan destination is filled with many captivating attractions. We’ve listed interesting information about Dubai that you should know.

1. The Tallest Building is Based On a Desert Flower

What is Dubai without its monumental skyscrapers? The city’s Burj Khalifa is the tallest man-made structure in the world. The building is 2,717 ft tall with 163 floors.

It is a world-famous icon and top Dubai bucket list item with its substantial height and captivating architecture. This prestigious project drew inspiration from a regional desert flower, the Hymenocallis (or Spider Lily).

The base structure resembles a Hymenocallis with the wings of the tower extending from its core like protruding petals. The design includes traditional Islamic architecture with spectacular patterns. It is a picturesque must-see attraction in the city – and with its size, you can’t miss it.

Quick tip: Although the 163rd floor is inaccessible to the public, the ‘At the Top Sky’ deck on level 148 provides spectacular views of the city. At 1,821 ft, it’s the world’s highest observation deck. 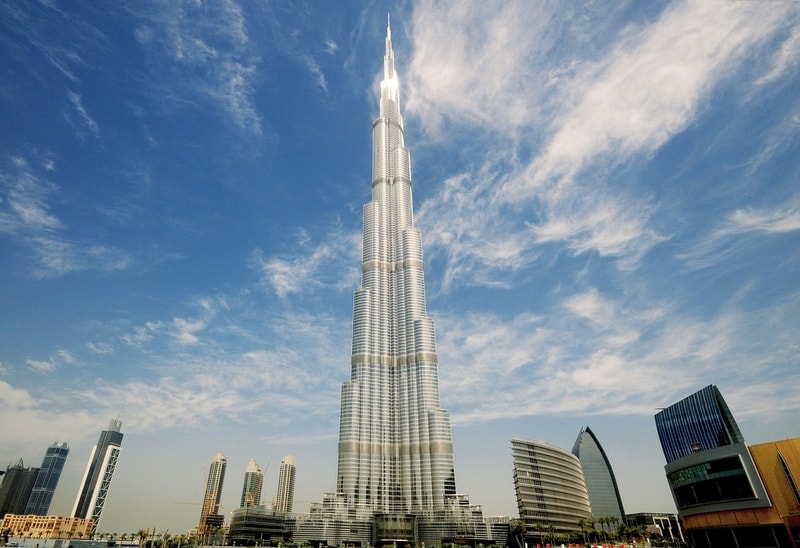 The Burj Al-Arab is one of Dubai’s iconic landmarks. It is the third tallest hotel in the world. Although it is not as tall as the Burj Khalifa, this skyscraper stands at a staggering 1,053 ft with 56 floors.

The luxurious 7-star hotel is positioned on a private island near the Jumeirah coastline. Both the island and hotel were constructed over five years, starting in 1994.

Dubai is known for being the City of Gold. Naturally, the interior of the Burj Al-Arab is furnished with around 1,790 square meters of 24-carat gold leaf. From the crystal ceiling to Statuario marble walls and flooring, it’s easy to see why some consider it the best hotel in the world. 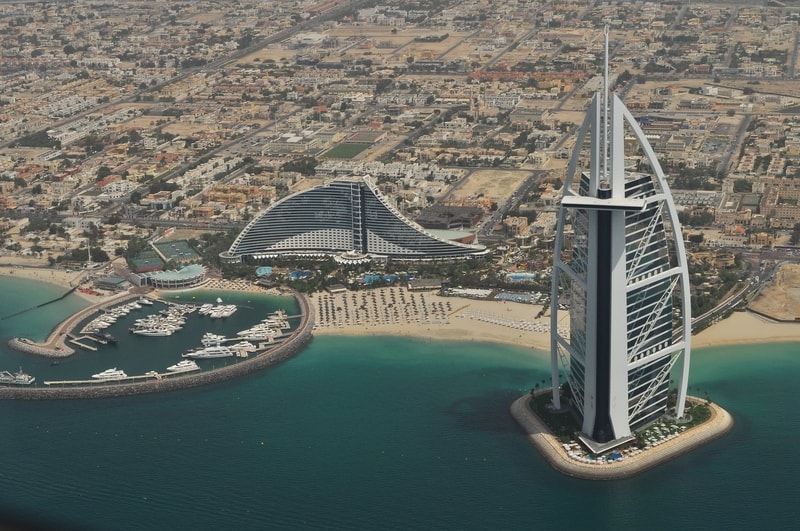 3. It’s a Top Spot For Birders

Dubai is a top location for birdwatching in the UAE – a middle eastern paradise for bird enthusiasts. There are over 400 recorded bird species in the UAE. With more than 320 species migrating between Europe, Asia, and Africa through Dubai, it’s a haven for nature lovers. 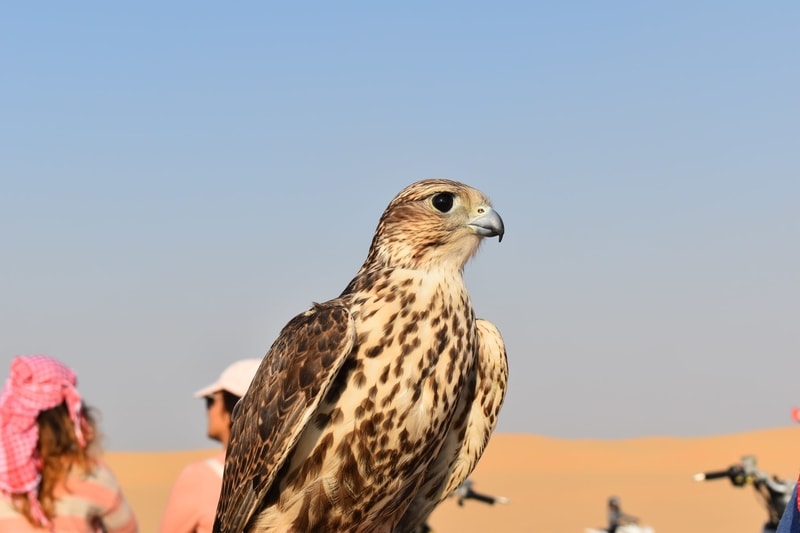 Dubai is home to the world’s biggest picture frame. The Dubai Frame was established in 2018. It stands 492 ft tall in the city’s Zabeel Park.

With its 300-foot-long bridge, the 50-story structure provides breathtaking panoramic views. You can enjoy views of modern Dubai on the one side and overlook the older parts of the city on the other. Visiting the Dubai Frame is an excellent value for money experience. 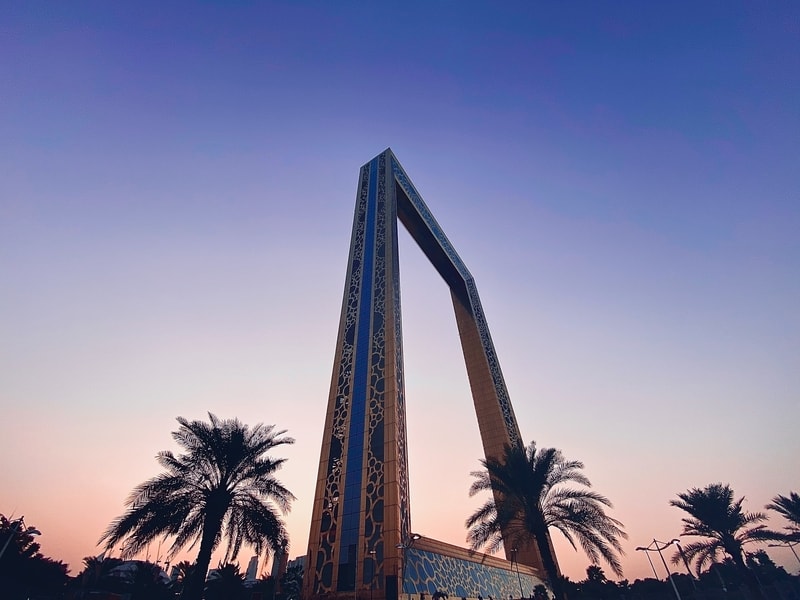 5. One of The World’s Largest Suspended Aquariums

The Dubai Aquarium is situated in the Dubai Mall – the world’s largest shopping and entertainment center. This enchanting underwater world comprises three categories: an aquarium tank, tunnel, and underwater zoo. 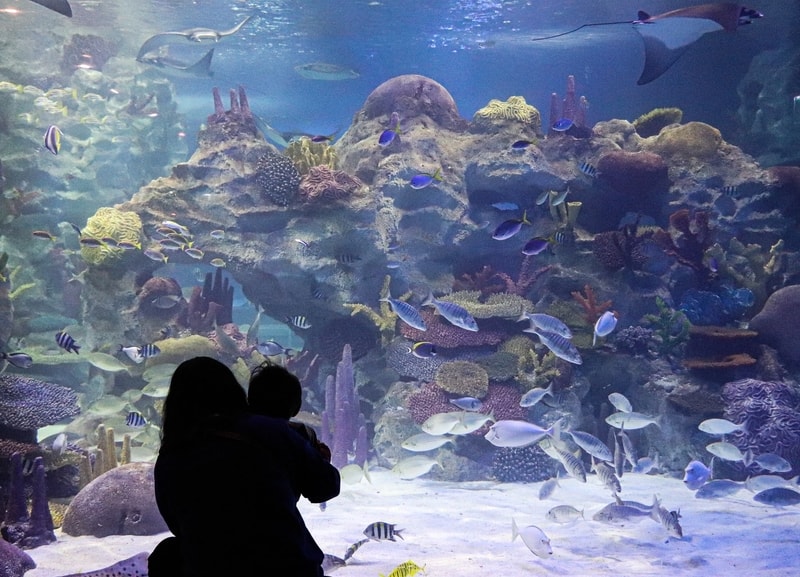 Dubai – Fun Facts You Need To Know Before Visiting

Looking for more information on Dubai? We’ve compiled a list of quick facts about the popular UAE city: 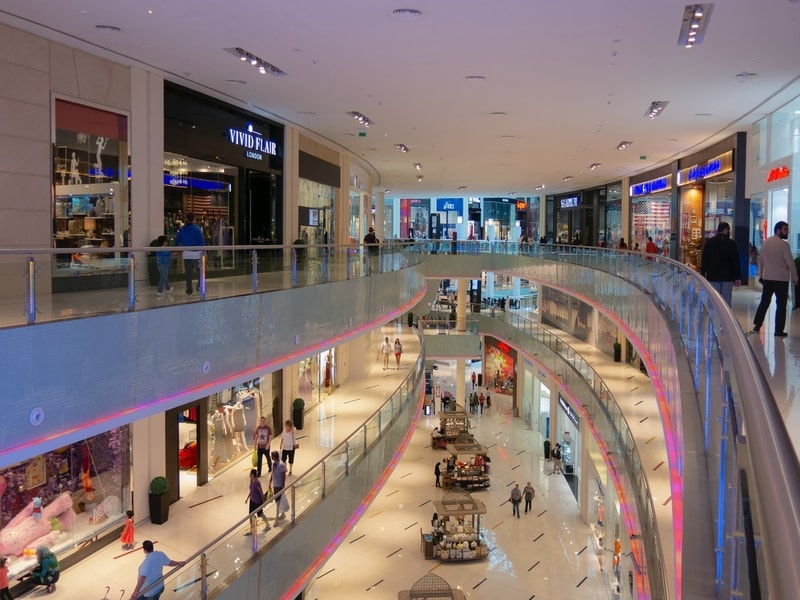 Dubai’s luxurious lifestyle and modern architecture attracts travelers from all around the world. They continue to innovate, building towering skyscrapers and hotels for the best travel experiences.

Now that you know all about Dubai, the only thing left to do is experience it. Book your tickets and enjoy Dubai’s inviting offerings.

If you need help planning your next trip, check out our guide on the best time to visit Dubai.

5 Places to Visit in Dubai for Free (Plus Activities That Cost Nothing!)