The London Beatles tour is a fun and truly nostalgic throwback to the Beatles’ heyday! With over 35 prominent sites that the Beatles played at, wrote at or touched in some way, you’ll definitely get your fill of ‘Beatlemania’.

Don’t miss out on a daytime walkabout through London’s storied streets or experience an homage to the Beatles by night as you enjoy the very best of this famous band. Filled with visits to iconic landmarks, fantastic insider information and music that will bring the 60s swinging back, this memorable tour will have you dancing across Abbey Road. 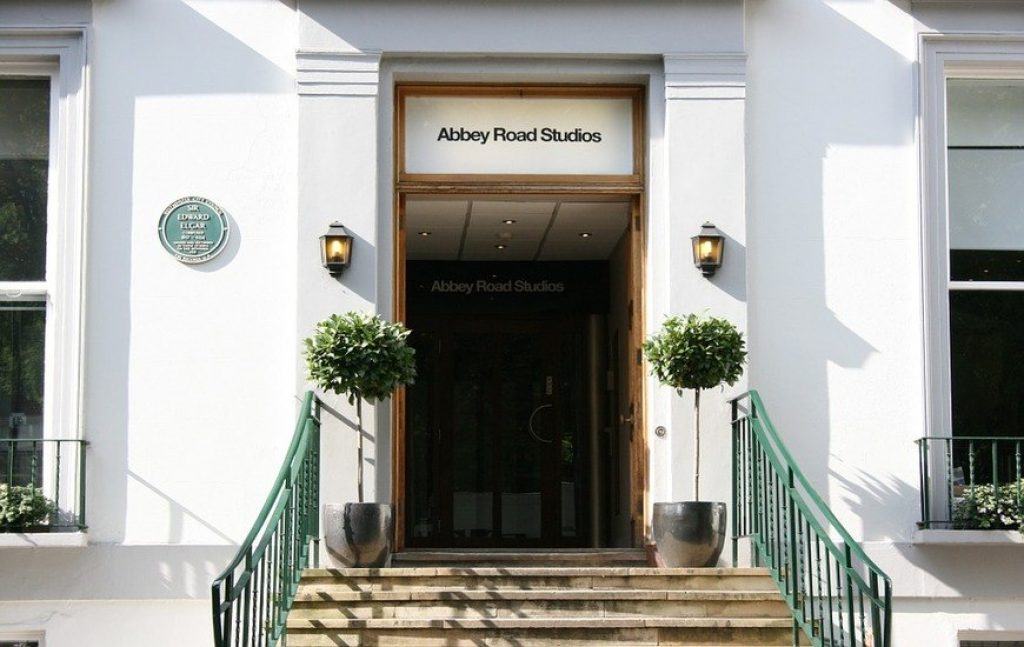 As any fan of the Beatles knows, the band originated in Liverpool but made their mark in London. Take a journey through the iconic band’s life and career as you travel the streets of London and discover the prominent landmarks and lesser-known sites that tell the story of the Beatles in London.

You’ll be able to chart the rise of Beatlemania from the early days in 1962 to the band’s memorable end in 1970, as well as the solo years that followed.

One of the major features on any of these London Beatles tours is the world-renowned Abbey Road Studios. Learn all about this famous recording studio where Beatles recorded almost all of their albums and singles between the early days of 1962 to their final year in 1970.

The iconic crosswalk is also a fan favorite, where you can post just like the Beatles did on the cover of Abbey Road. This is one photo opportunity you won’t want to miss. 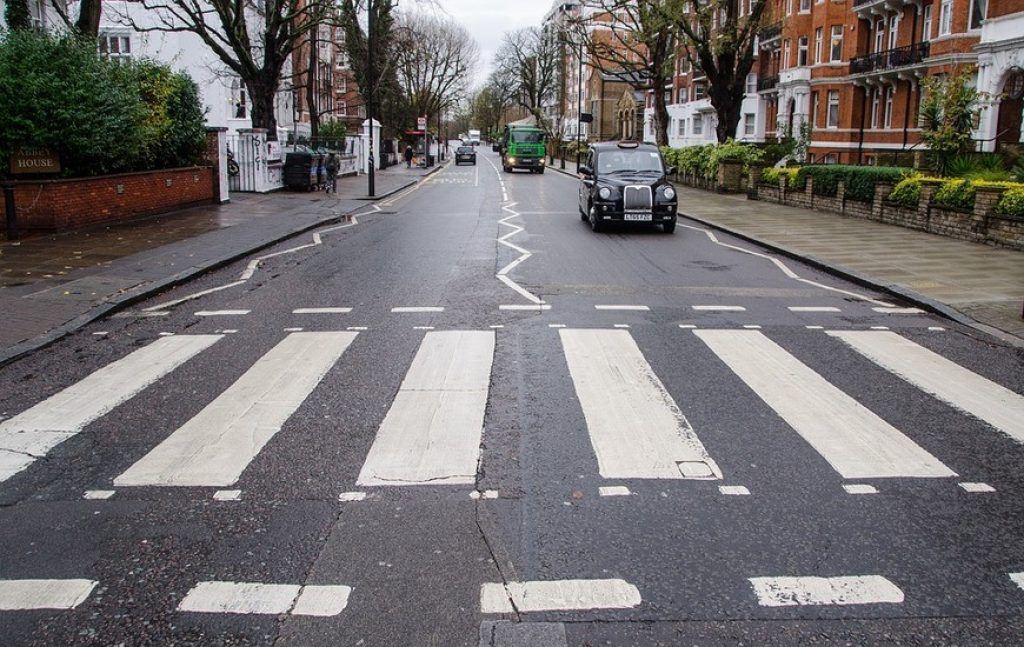 As you travel through the Beatles’ old stomping ground, you’ll also be able to view or visit some of the buildings that played a large roll in their lives. Get all the trivia about the London Palladium, where Beatles fans were first diagnosed with ‘Beatlemania’.

Another unforgettable spot on a Beatles tour is the Apple Corps building on Saville Row. First, it was converted into a recording studio where the band created the majority of the Let It Be album. It then went down in history as the bittersweet site of the Beatles’ impromptu final performance when they played publically for the last time on the rooftop.

Along with these major landmarks, you’ll also get the chance to explore some more underrated spots. Take in the sights of Marylebone Station where opening scenes of ‘A Hard Day’s Night‘ were filmed. If you decided on the Beatles walking tour, you’ll also enjoy a visit to the studio where ‘Hey Jude‘ was recorded as well as the filming location of ‘Help!‘.

Just down the road from Marylebone Station is Ringo Starr’s one-time-home where a number of the Beatles lived (as well as Jimmi Hendrix). It was here that Paul McCartney worked on the demos for several future hits including Eleanor Rigby. 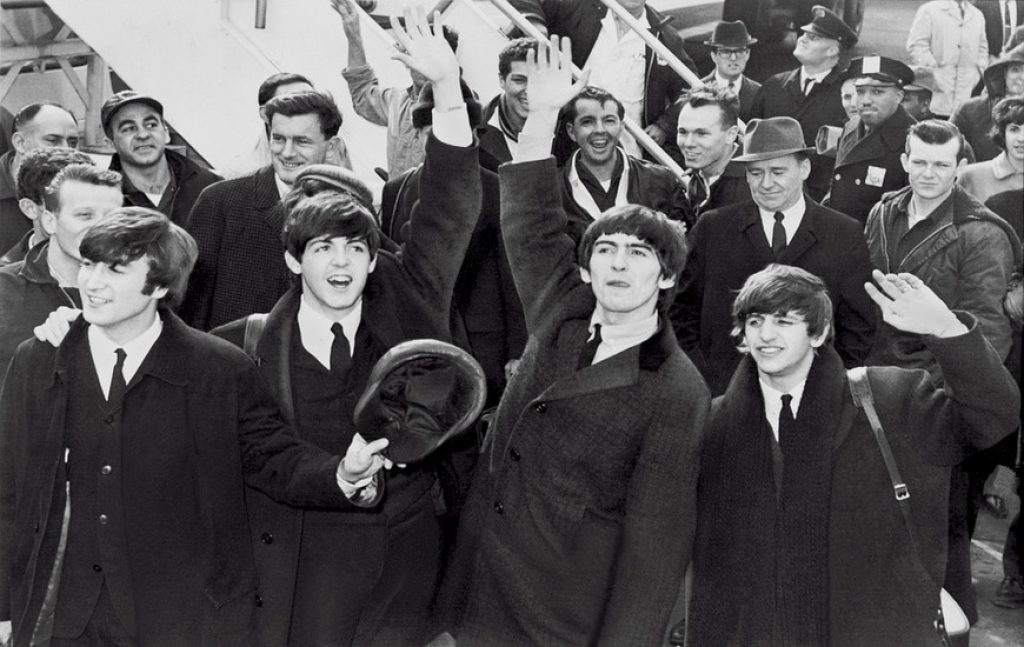 If you’d like to grab a souvenir to mark the day, stop off at the London Beatles Store where you can buy anything from keyrings, postcards, posters, and clothing, to bona fide collector’s items like out-of-print magazines featuring the band and rare recordings.

Take a step back in time to the 60s on one of these Beatles tours in London, when Beatlemania gripped the world and the Fab Four’s music filled pubs and homes across London (and the globe).

If you’re a true Beatles fan or even just a music-lover with a taste for rock ‘n roll, this is the tour for you.

The cost of the tours starts at about USD $30 to USD $400 depending on whether you would like a tour on foot through London, or if you would prefer a coach ride around the famous city. There 3 very tempting ways to enjoy a London Beatles tour. Whether you’re looking for a walking tour during the day or the chance to see Beatles landmarks by night, we’ve found top tours to suit every traveler.

On the Beatles London Walking Tour you’ll see the important sights and landmarks made famous by the fab four, including Abbey Road Crossing and studios, shooting locations for ...
Available
$17.45
Check Price

Liverpool and The Beatles Day Tour from London

Leave the city of London behind for the day as you travel to Liverpool - the "Jewel of the Mersey" and birthplace of the Beatles. Enjoy entry to the Beatles Story exhibition and a ...
Available
$221.62
Check Price

Roll up, roll up for a magical mystery tour of London, following in the footsteps of the Beatles and traveling in an iconic London balck cab. Explore the history of the Fab Four ...
Available
$555.91
Check Price

In 1960 The Beatles moved from Liverpool to London. Go back in time and imagine yourself in the heart of the Swinging Sixties, as you following in the footsteps of this iconic ...
Available
$17.45
Check Price

Depending on whether you opt for a morning or evening tour, the opening/departure times will vary. For the daytime walking tour, you will be informed of the departure times after booking.

Each of the London Beatles tours on offer has something unique to enjoy. While there are some staples that are included in each tour – Come and discover Beatles sites in London like Abbey Road, Apple HQ and various filming locations, which each offer something special and memorable as part of the Beatles’ London walking tour.

The Beatles’ London walk is a 3-hour long tour that offers to chance to walk in the shoes of the Beatles. Discover how England’s capital city helped shape their music and careers, as well as the mark they left in return.

The Beatles London walking tour is suited to any music-lover, and especially die-hard Beatles fans who love a bit of history.

You should definitely wear comfortable walking shoes as you explore the streets of London.

What we liked: Great for if you would like to explore London on foot.
INCLUDES:
EXCLUDES:

Walk the streets that frequented and made famous by the Fab Four on a fun and informative tour through the Beatles’ London. Enjoy the fascinating stories shared by your clued-up guide as you travel from Abbey Road, which was made famous by the Abbey Road album cover, to the famous apartment where members of the band all lived at one point. You’ll feel like you stepped into one of the Beatles’ films as you enjoy this memorable tour. 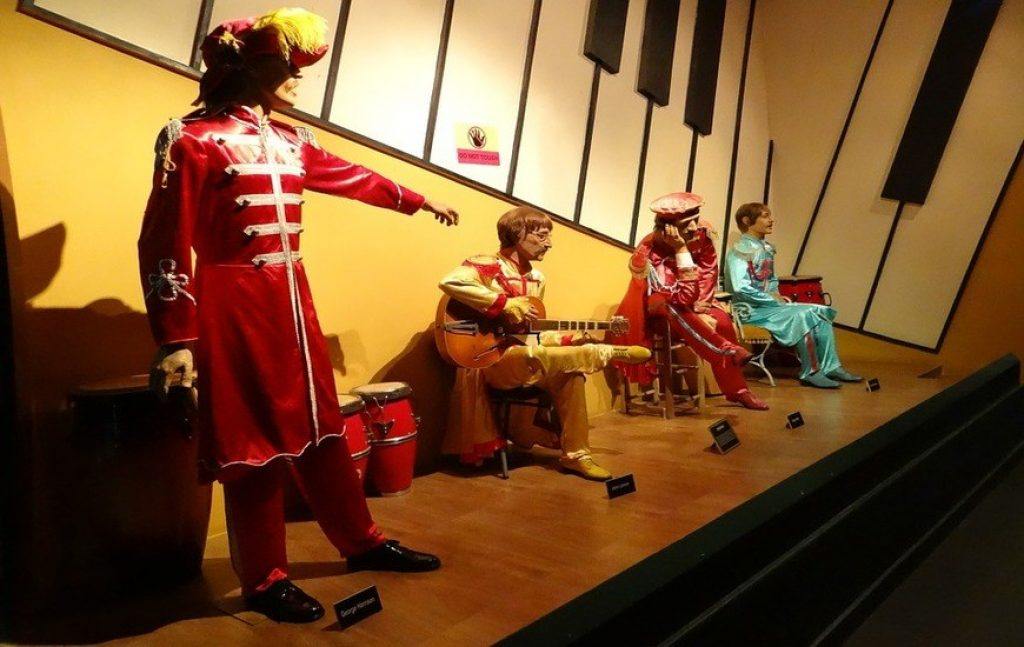 For any night owls who love music and the sound of the Beatles, this tour has you covered. Begin your evening of all things ‘the Beatles’ at Trafalgar Square, then trace the band’s history from the early years to their final days as a group.

What we liked: Great for if you would like to see enjoy the Beatles tour at night.
INCLUDES:
EXCLUDES:

Enjoy discovering the streets and sights along the Beatles’ old stomping ground as you explore over 35 landmarks across London. Visit the filming locations of A Hard Day’s Night, Help! and the Magical Mystery Tour. Get to know the band like never before as you’re lead through the city by a fantastic rock ‘n roll guide. 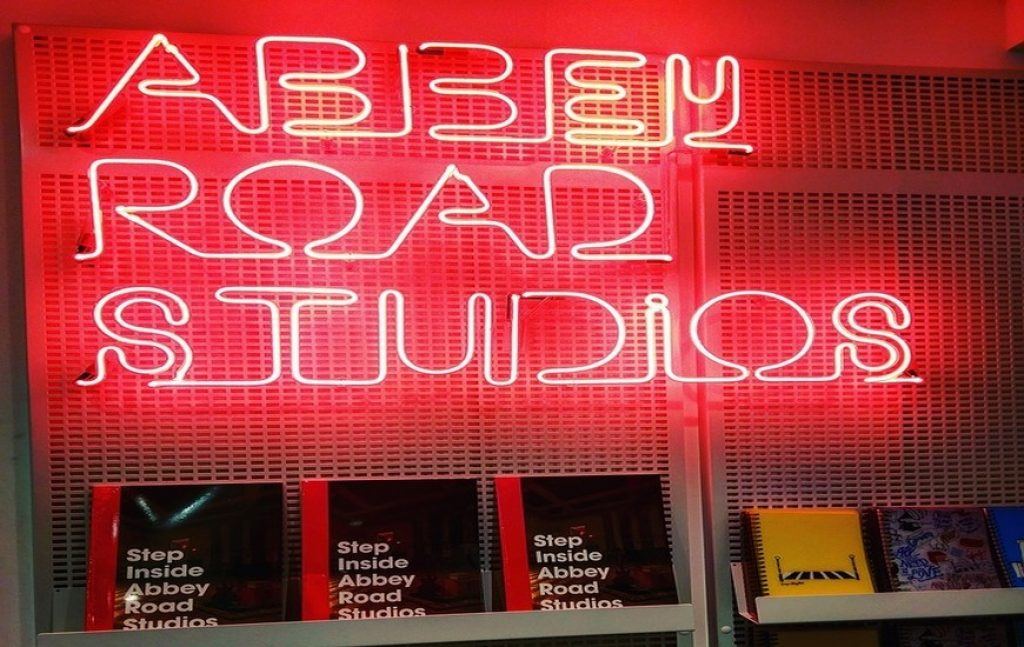 Enjoy a London Beatles tour including another rock legends from the comfort of a minivan. For anyone who isn’t too keen on walking, this tour is a fantastic option. Enjoy the sights of prominent landmarks including galleries, performance venues, famous hotels, and filming locations as you enjoy the streets that the Beatles and other rock ‘n’ roll legends like Jimmy Page and Bill Wyman called home for so many years.

On the bus tour of the Beatles’ London sites, you’ll ride in style as you listen to tunes by the Beatles and enjoy film footage of the band. Drive past famed photo locations where iconic album covers and publicity shots were taken. You’ll also drop by one of the band’s popular performance spots, the Scotch of St James Club, as well as the art galleries where John Lenon staged his art shows.

What we liked: Great for if you’d like to explore the rock n roll scene from the comfort of a minivan.
INCLUDES:
EXCLUDES:

Enjoy a nighttime walkabout of the Beatles’ old haunts and landmarks as you explore over 35 prominent sites across London. Visit the filming locations of A Hard Day’s Night, Help! and the Magical Mystery Tour. Learn all about the band’s history as you stop for some incredible photos, tour landmarks and get insider stories from your very knowledgable music guide. 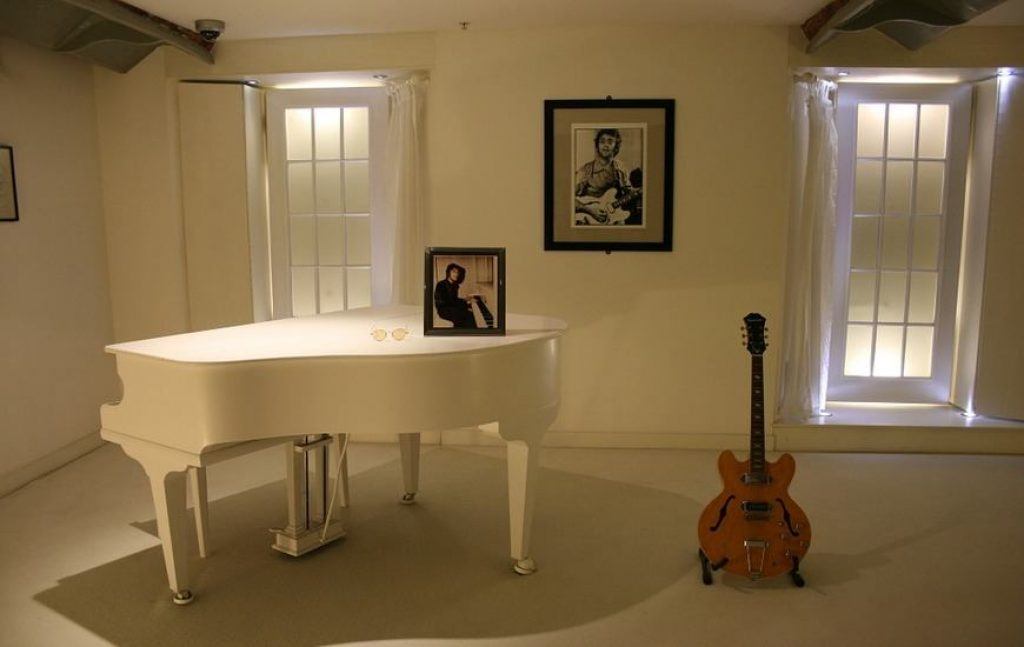 9.5Expert Score
This tour is a perfect option for any Beatles or music lovers who would like to indulge in the history of the Beatles and the inner secrets of their daily lives, visiting all the spots from their fame.
Location
9
Fun
9
Level of activity
10
Value for money
10
PROS
CONS